That of the street seller of pork sandwiches is a figure that appears even in the pages of a great Italian writer like Carlo Emilio Gadda. In his Quel pasticciaccio brutto de via Merulana, in fact, resounds “La porca, la porca! Ciavemo the porchetta, gente! (we have porchetta, everyone!) La bella porca de l’Ariccia “, a call with which street vendors used to attract passers-by on the streets of Rome. 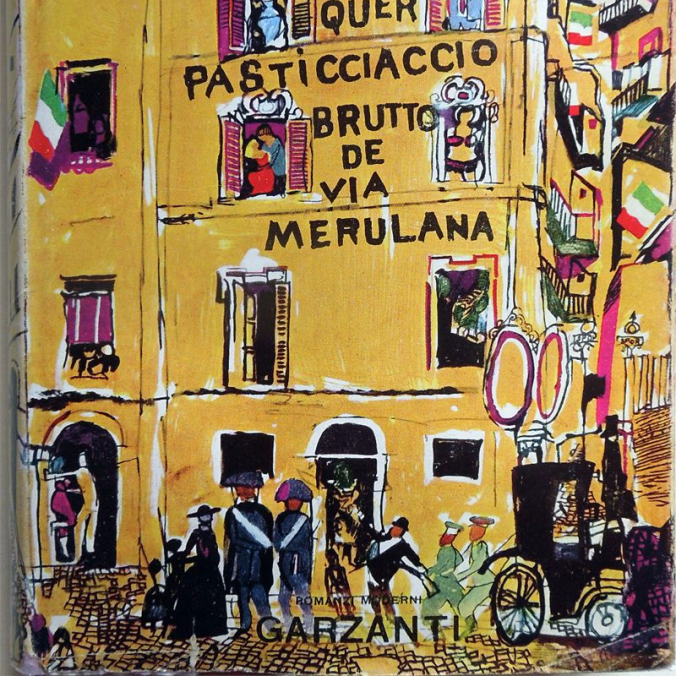 The porchetta, the sandwich stuffed with its hand cut meat, is one of the most popular foods of the Italian tradition, even if – originally – it was one of the foods par excellence of the families of the Roman nobility. Its consumption is associated both with street vendors, and so, eaten on the street, or with “fraschette”, eaten in the typical Castelli Romani inns, accompanied by a glass of red wine.

A preparation of ancient tradition 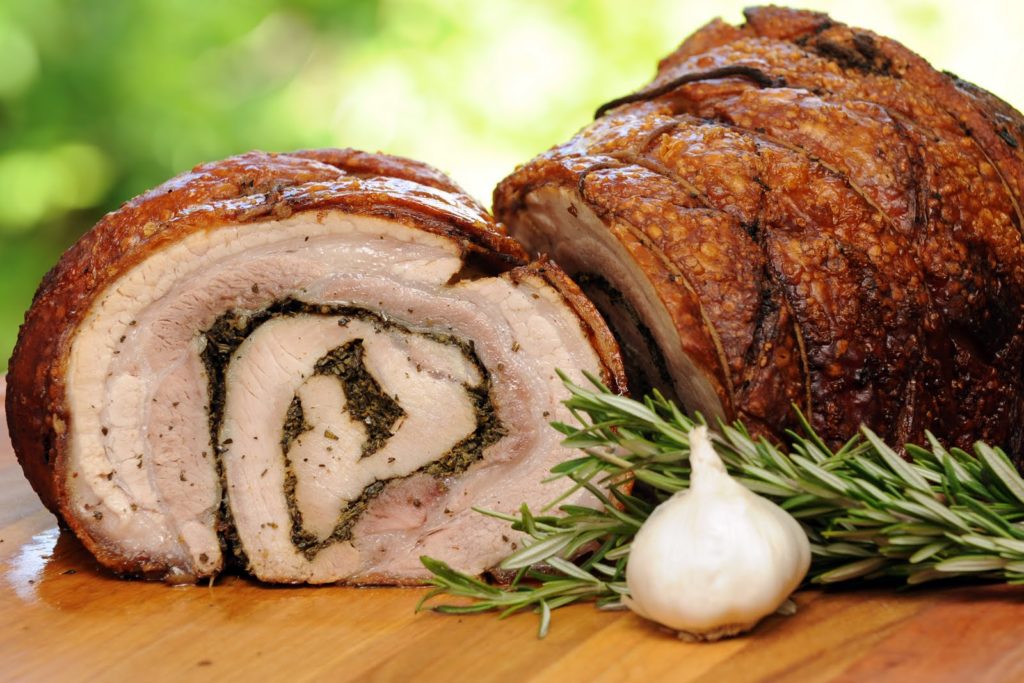 The pork sandwich is prepared with a whole pig, which is gutted, boned and seasoned, making an ideal meal for the so-called “tavern snack”. Traditionally, it is associated with street vendors, always ready to be present in particularly crowded places: village festivals, fairs, markets.

Its preparation involves the use of a year-old pig weighing a maximum of 100 kg, which is seasoned with salt, pepper, garlic, rosemary or wild fennel. After being stuffed, the porchetta is put on a stick and tied with a string, to then be baked for two to five hours.

This delicacy should be consumed on the day of purchase, and is at its best when it is lukewarm, eaten immediately in a sandwich, from the vendor or “porchettaro”.

The freshness of the pork is recognized by the crunchiness of the crust, which is the skin of the pig. The sandwiches are stuffed both with pork and with the crust, served in paper.

The “Land of Porchetta” 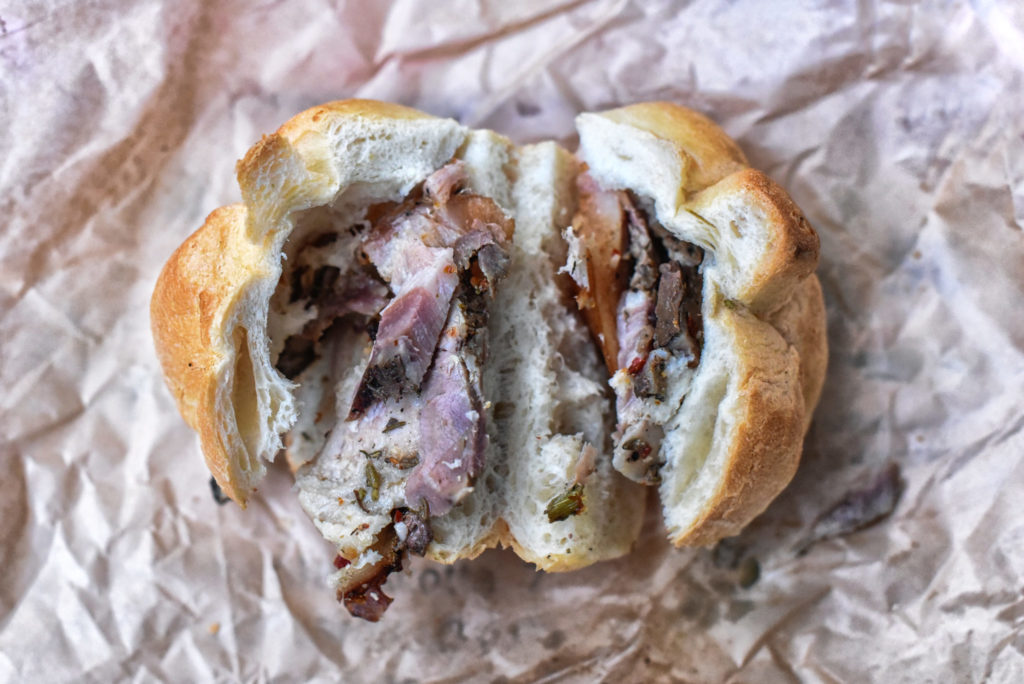 The “pork-sandwich culture” covers an area of mainly four Italian regions: Lazio, Umbria, Marche and Abruzzo. The city of Ariccia, near Rome, claims the true origin of porchetta and, consequently, of the very appreciated “sandwich with porchetta”. So much so as to have contributed to writing the specification that regulates its production, obtaining the PGI recognition. In Upper Lazio it is traced back to the Etruscan era. Umbria also has a strong tradition of pork, and claims its birth in the city of Norcia – from which the famous Norcini – renowned for pig farms since Roman times.

The Towns of Costano, Pantalla, Collepepe and others compete for the excellence award. In this area, among other things, PorchetTiAmo is held every year, an Italian pork fair that has attracted for the last ten years all the most important “porchettari” with their “food trucks”. However, the presence of a tradition of pork is also present in Romagna and in the province of Ferrara, and in Sicily. In the upper Lazio region, on the other hand, the origins of porchetta are thought to be connected with the Etruscans. In Abruzzo, in Campli, there is a document, dating back to the year 157, which regulated the preparation, cooking and sale of this delicacy. Other sources, however, claim that the roast pigs originate in the village of Poggio Bustone, in the province of Rieti … 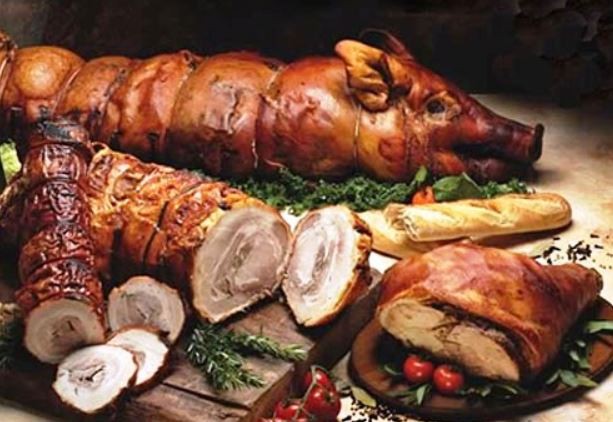 Markets and fairs are the places where, traditionally, the street vendors of porchetta are present. Also, some festivals are specifically dedicated to porchetta. The festivals of Ariccia and Monte San Savino, held in September, the Costano festival in August, and those of San Terenziano and Poggio Bustone are the most famous and renowned for the admirers of this delicacy 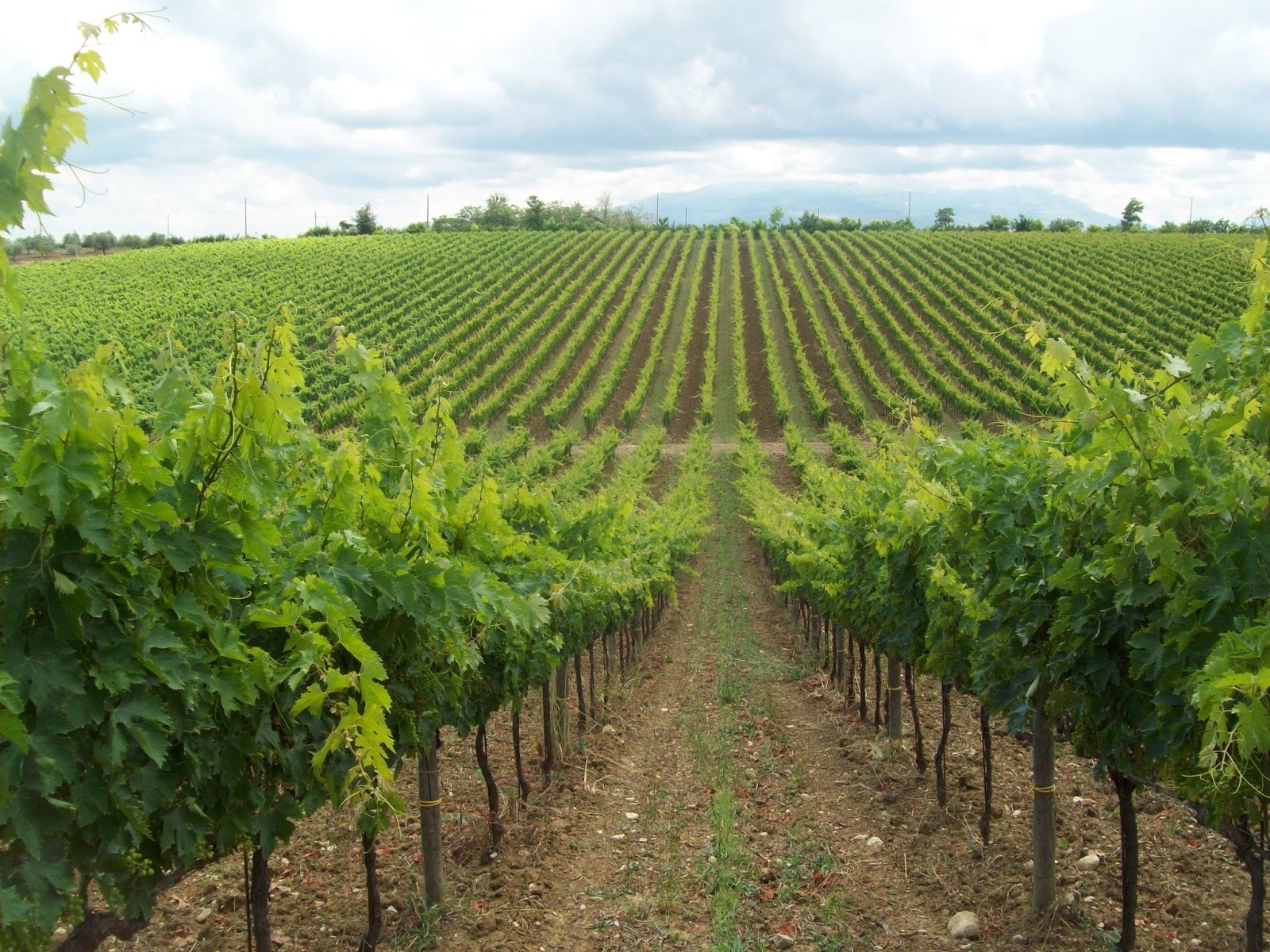 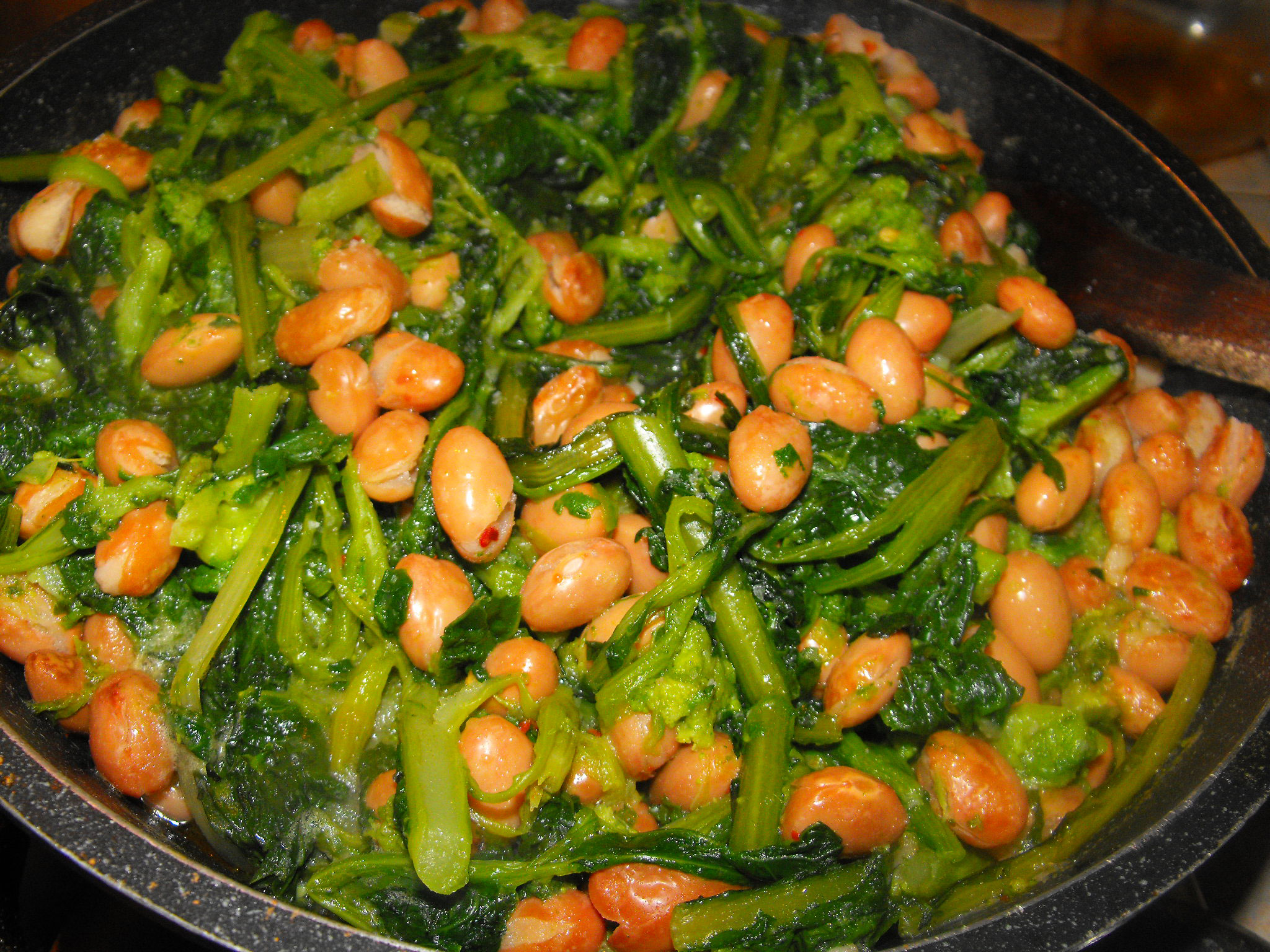 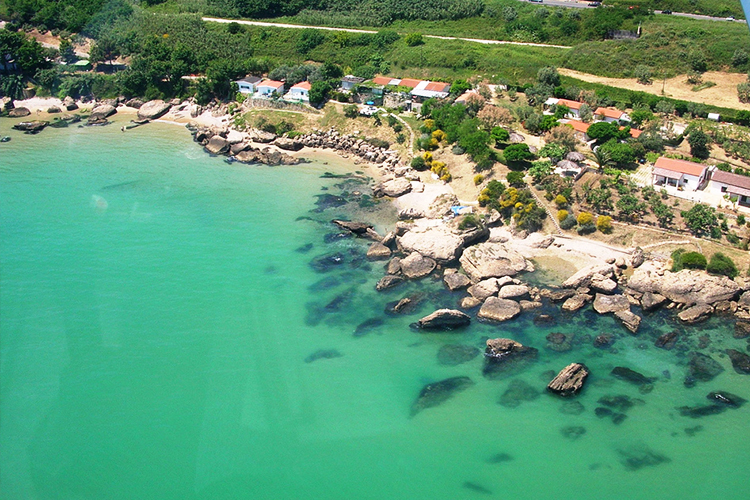