Every year in Italy numerous art exhibitions take place. This happens in particular in cities like Venice that saw the birth of great artists of the past, famous and appreciated all over the world. One of these is certainly Tintoretto. From 7th September to 6th January 2019 in Venice there is a very important exhibition dedicated to the Venetian painter. Italian Traditions will guide you on the discovery of this extraordinary exhibition that celebrates the 500th anniversary of the birth of one of the most representative artists in the history of art. 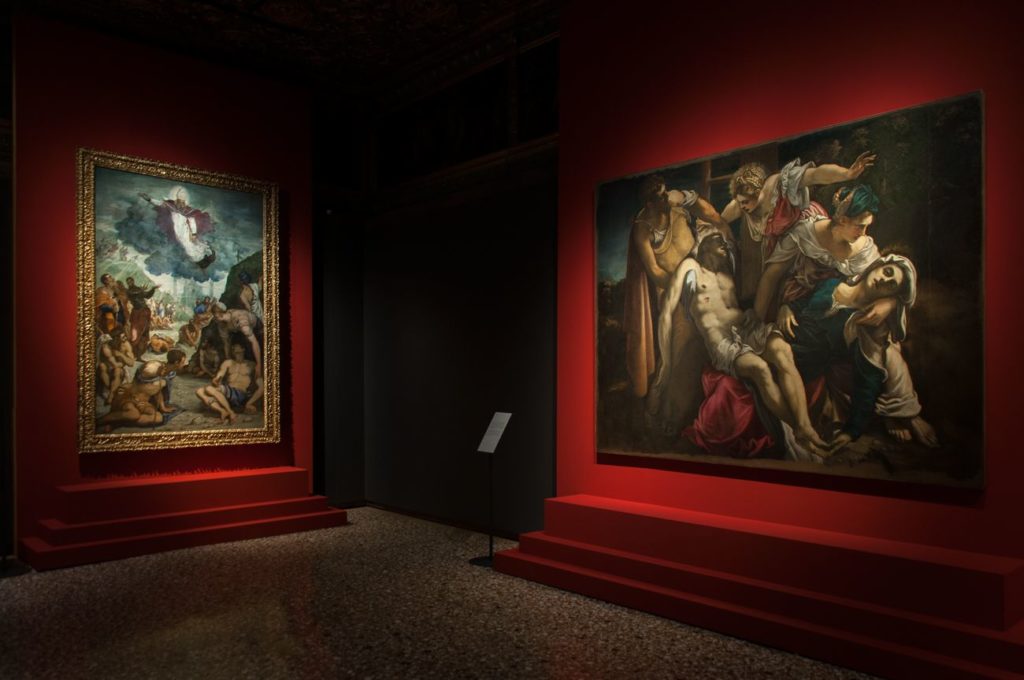 To celebrate the 500th anniversary of the birth of this extremely famous Venetian painter Jacopo Tintoretto, the Venice Civic Museums Foundation and the National Gallery of Washington present an exhibition at the Palazzo Ducale. The exhibition path will develop inside the Doge’s apartment. Here you will be able to admire 50 paintings and 20 drawings. These have been lent by the main international museums. The exhibition will allow you to rediscover the visionary and unconventional painting of Tintoretto that challenged the consolidated tradition embodied by Titian.

World famous art historians have contributed to the project. The main Venetian institutions have also given support. The exhibition will be held in Palazzo Ducale and the Gallerie dell’Accademia in Venice. The exhibition entitled “Tintoretto the Mature Age” will take place in the first location where 50 canvases and 20 drawings will be presented. The second one is dedicated to the “Young Tintoretto”. Here are presented works of the first ten years (1538-1548) of his activity through 26 canvases. In addition, there are also 36 other works by artists of the period that influenced Tintoretto.

The artist: his life and works

Jacopo Robusti, known as Tintoretto, was an Italian painter among the leading exponents of the mannerist style of the Venetian school. Tintoretto’s nickname comes from his father’s work, actually a fabric dyer (tintore in Italian). He was born in Venice in 1519. The exact date is uncertain because the documents of his baptism got lost during the fire of the San Polo archives. Very little is known about his childhood. His first commission came from Vettor Pisani, Venetian nobleman, around 1541 on the occasion of his wedding.

One of the most interesting episodes reported by biographers concerns the fact that his father sent him for a short period as an apprentice in Titian’s workshop at a young age. According to information we have after only 10 days Titian sent him away. The reasons are not known even if the most accredited theories are two. The first refers to Tintoretto’s fiery character who was not by chance called the “Furioso”, but another accredited possibility lies in Titian refusing to perfect the technique of such a talented student, clearly destined to become a competitor. 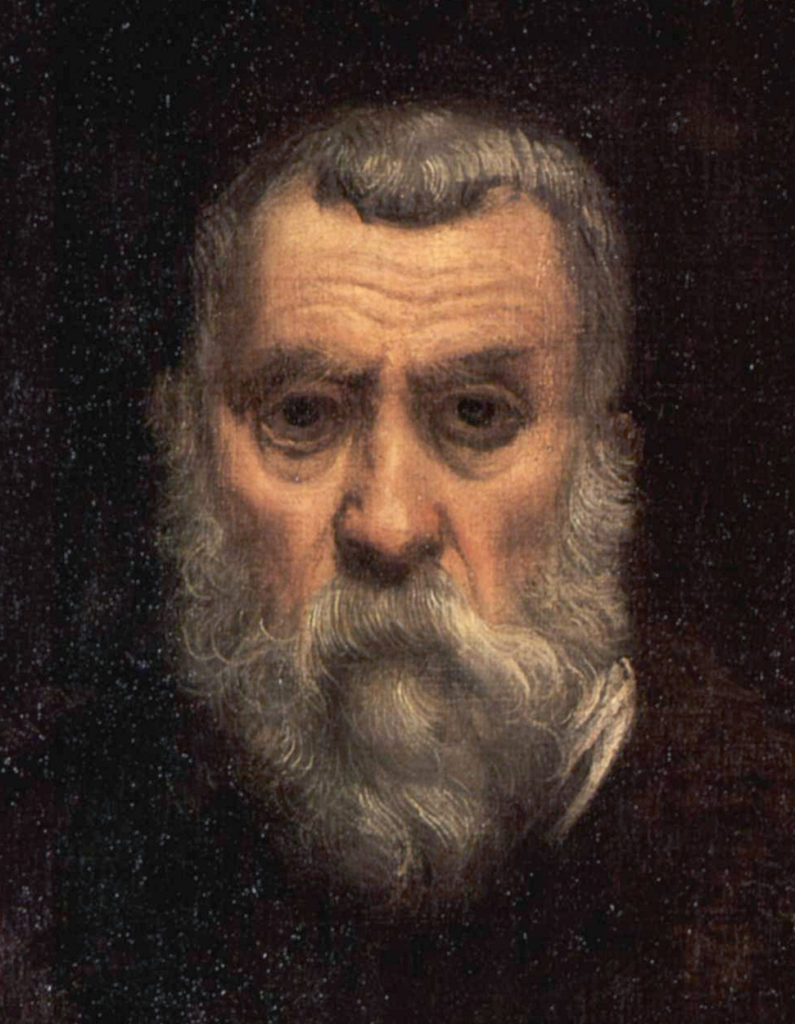 Another very particular aspect of Tintoretto’s life concerns the fact that during his whole life he only ever went to work once outside Venice. During his career the Venetian artist was extremely productive. In fact, there are hundreds of his works in the churches and palaces of Venice. So the whole city is an exhibition of his works and his creations.

How to get there

The Tintoretto exhibition takes place in two locations. The first is the Palazzo Ducale in Piazza San Marco. Public access is allowed from Porta del Frumento or from Piazzetta San Marco. The connection with Piazzale Roma (for those arriving by car), and with the Venice Santa Lucia train station is served by water buses, (vaporetti) but it can also be reached on foot in 30 minutes. From Venice Lido it can be reached only by water buses.

The second exhibition venue is at the Gallerie dell’Accademia di Belle Arti in Venice, located on the Grand Canal in front of the Accademia Bridge and can be reached in about 30 minutes walk from both Piazzale Roma and the train station. For those staying in Venice Lido it is again essential to use the water bus.

Access to the exhibition venues is allowed every day during the following hours: from 8.30a.m. to 5.30pm. The admission ticket can be purchased at the museum’s box office or online at this site. The normal ticket costs 13 euros, reduced to 11 euros for under 26 and over 65years of age. 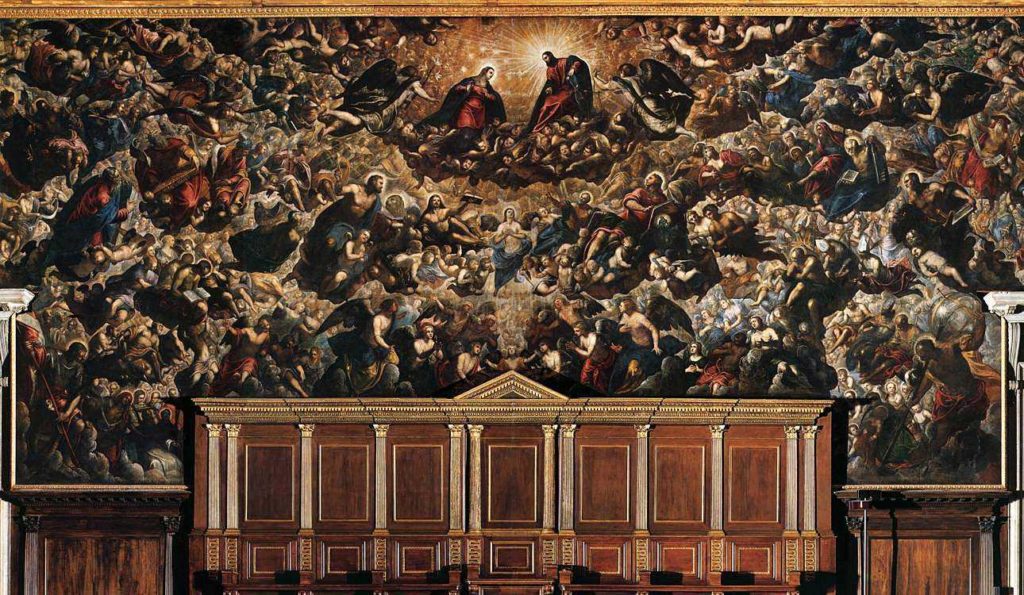 Those who have the opportunity to stay in the area for several days, often find it convenient to take advantage of the discounts possible with the MUVE (Venetian Museums) Friends Card or the Venice Single Pack Card that allow access to the treasures of this incredible city at very good prices.

Italian art has always been appreciated all over the world. There are many Italian artists who have distinguished themselves for the value and the beauty of their works. Today it is possible to rediscover these treasures thanks to the numerous exhibitions that take place in the main Italian art cities. If you want to know other interesting events we recommend reading this article too.