Home > Museums & Monuments > The story of St Francis of Assisi and a trip to the basilica dedicated to him
0
0
Search
Share the article:

The story of St Francis of Assisi, patron of Italy, is among the most popular stories of the religious world. His story is very old but still today it is referenced as example of humility and great faith. The Basilica of St Franci, founded following his death is a UNESCO World Heritage site. Built in 1229, every year thousands of worshippers come here from everywhere in the world: so here it is, the story of St Francis of Assisi and his basilica.

The story of St Francis of Assisi: a charismatic figure

St Francis of Assisi is one of the most religious figures in Italy: he was born in Assisi between 1181 and 1182 from a wealthy family of merchants. A fun fact is that, when he was born his father, Pietro di Bernardone, was on a business trip in France and initially the newborn was named Giovanni. When the father returned home, he decided to call him Francesco (Francis). He received an education right from the start, so he learned diffrent languages and studied literature. As a young man he led a shallow and care-free life: subsequently, he fought for Assisi against Perugia and spent a year of his life as prisoner.

Thanks to the help of his father he managed to return to Assisi, scarred by a disease that forced him to change his lifestyle. Once he was back, in fact, in 1205 he started doing charity work among the lepers and he committed in the restoration of run-down worshipping places.

The father, in disagreement with the changes in his son’s lifestyle disowned him: St Francis of Assisi then, as is well known, got undressed in front of bishop of Assisi. Later on, he started preaching, founded the Franciscan Order recognized by Pope Innocent III. He made several trips across Italy and then he went to Egypt and to the Holy Land. Subsequently, he retreated on mount della Verna in 1224 and after 40 days of fasting, prayers and pain faced with great fortitude, he received the stigmata.

Thereafter, having become very sick and almost completely blind, he was taken to Assisi and wrote the Cantico di frate Sole, better known as Cantico delle creature where he expresses unity between brothers and sisters. Very popular it his Predica agli uccelli: for this reason he is considered to be the patron saint of animals. St Francis of Assisi he became patron of Italy and is generally represented while he is preaching to animals o with the stigmata.

The Basilica of St Francis of Assisi

The Basilica of St Francis of Assisi is in Umbria and was built in 1229, two years after the death of St Francis to welcome the body of the saint. The story goes that it was St Francis of Assisi himself that, on his deathbed, pointed this location for his burial place to his companions – until that moment that place had been used for executions and to bury criminals.

The Basilica features an outdoor part that recalls the French Gothic style and an inside part: there is also the so-called inferior basilica and superior basilica.

The inferior basilica, which is inside, is composed of a single nave with several chapels on the side dating back to the XIII century: also, there two big gothic tombs and several frescoes by painter Andrea Bartoli. The famous wooden crucifix is located on the altar and dates back to the late 15th century. Furthermore, there are several frescoes depicting the scenes of the Passion of Christ and of the life of St Francis of Assisi, by the Master of St Francis. The atmosphere as a whole is a bit gloomy, to lead the visitor into penitence and silence.

The superior church, unlike the inferior one, is very bright: the style is gothic with french influences, and is composed of a nave with four spans featuring frescoes depicting episodes from the Old and New Testament, probably works by painters from the school of Cimabue and other artists from the Roman school.

There is also a very popular cycle of frescoes by Giotto which represent different moments of the life of St Francis of Assisi.

If you are curious to visit the basilica and know the story of St Francis of Assisi, the visiting hours are:

Entrance is allowed by paying a symbolic fee of 2,00 euro.

On Sunday, visits to the basilica are not allowed due to liturgical services.

The Basilica of St Francis of Assisi, as you might have gathered, is a unique and fascinating place: plan your trip to see a beautiful church where you will be able to discover an atmosphere of faith and hope! 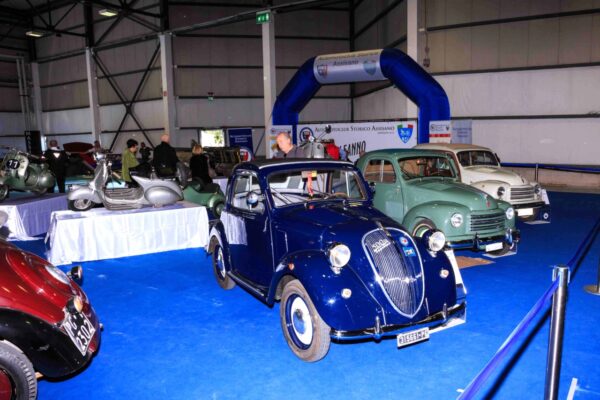