The main courses of the Italian Christmas tradition are endless and vary from region to region. They go from soups and broths to baked timbales made from pasta, passing on to elaborate first courses. For example, filled pasta is very popular (from agnolotti to gnocchi) and those with very rich seasonings, based on meat or fish. In northern Italy there is a preference mainly for soups and broth dishes, especially in the extremely cold regions, along the borders. In the south, in the centre and on the islands there is a greater use of raw produce such as vegetables, and fish.

The Italian culinary tradition is famous all over the world. And how could, a country that revolves around good food, not have an endless list of first and second courses designed to celebrate the holidays? The Italian Christmas main courses change from region to region and are often famous all over the world, so much so to be “imitated” often even across the border. Obviously, in the colder places there is a huge use of meat and spices, while in the notoriously warmer places (even if winter is winter for everyone) it is customary to celebrate the festivities with a greater use of fish and vegetable-based foods, even if it is not an absolute rule.

In the north filled pasta is popular, but not only. The first course doesn’t have to be based on pasta, on the contrary. In some areas (such as Trentino Alto Adige), preparations made from stale bread, such as Canederli, are very popular. In other areas there are mini profiteroles with a neutral flavour, which are soaked in broth. 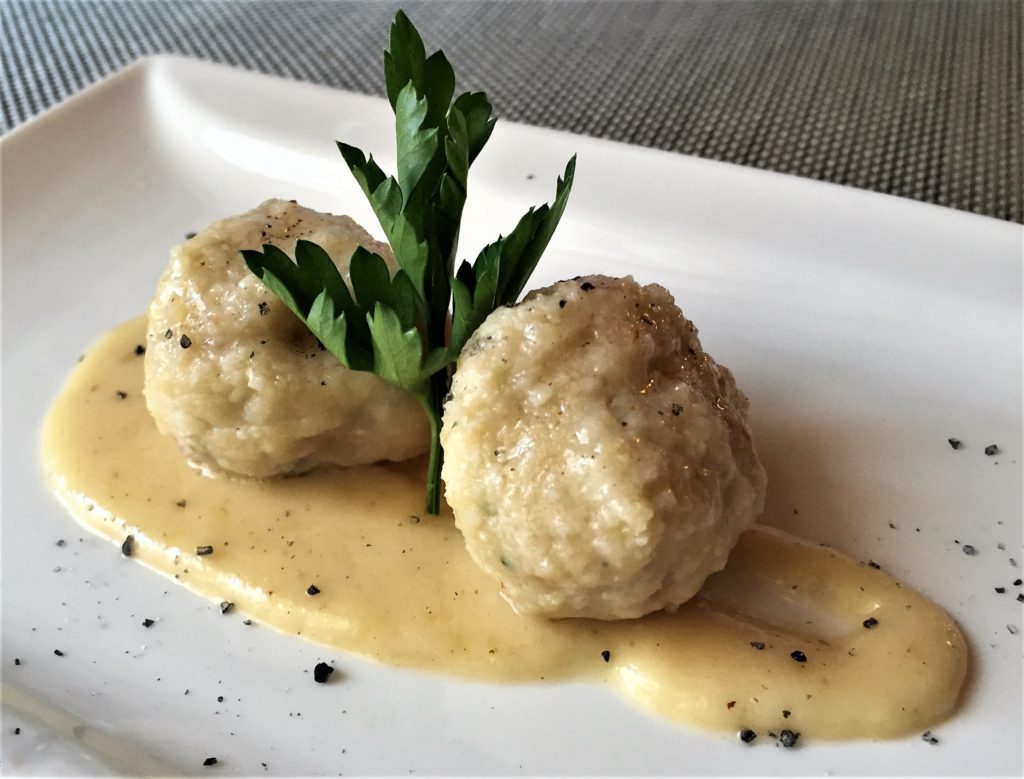 These profiteroles, which are sold in bags are ready to cook and are made of choux pastry just like those of the patisserie, but they are not filled and are much smaller. They are dipped in the hot homemade broth and swell up in contact with the water, absorbing it. In other localities, such as in Piedmont, pasta Agnolotti seasoned with roast sauce are a must.

Christmas first courses in the south and centre of Italy

The Italian Christmas first courses in the south and central Italy are slightly different but equally good. In Emilia Romagna, of course, tortellini in broth or passatelli are a must. 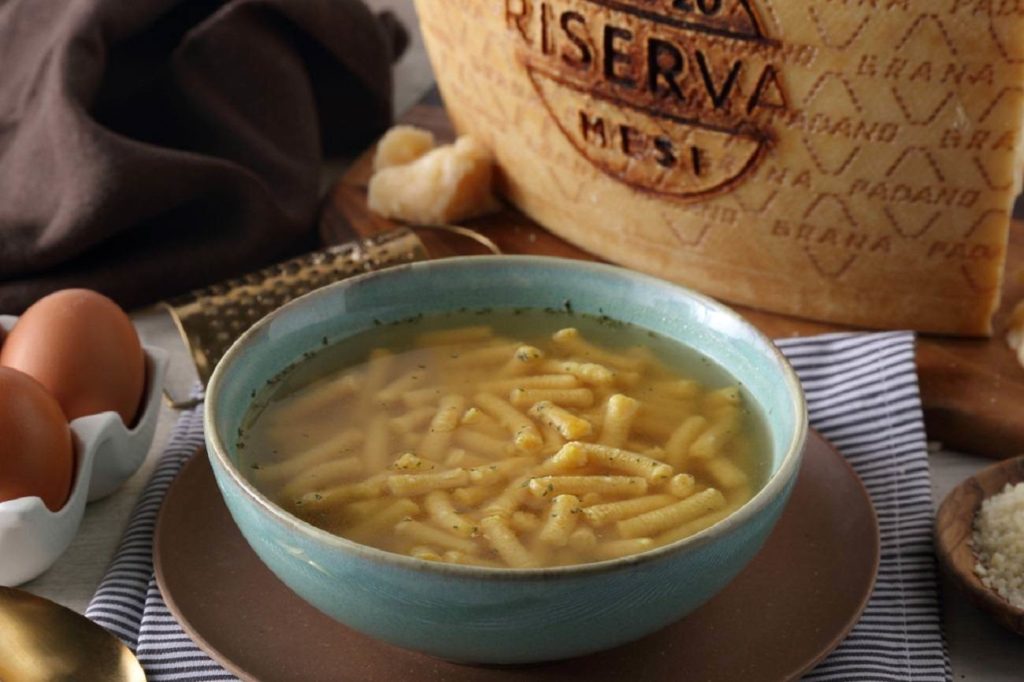 Passatelli (https://it.wikipedia.org/wiki/Passatelli) are tubes of dough, passed through a bread machine, and served dipped in boiling broth. In Abruzzo celebrations are accompanied by Cagionetti, the special sweet ravioli filled with almonds and served with chestnut cream. 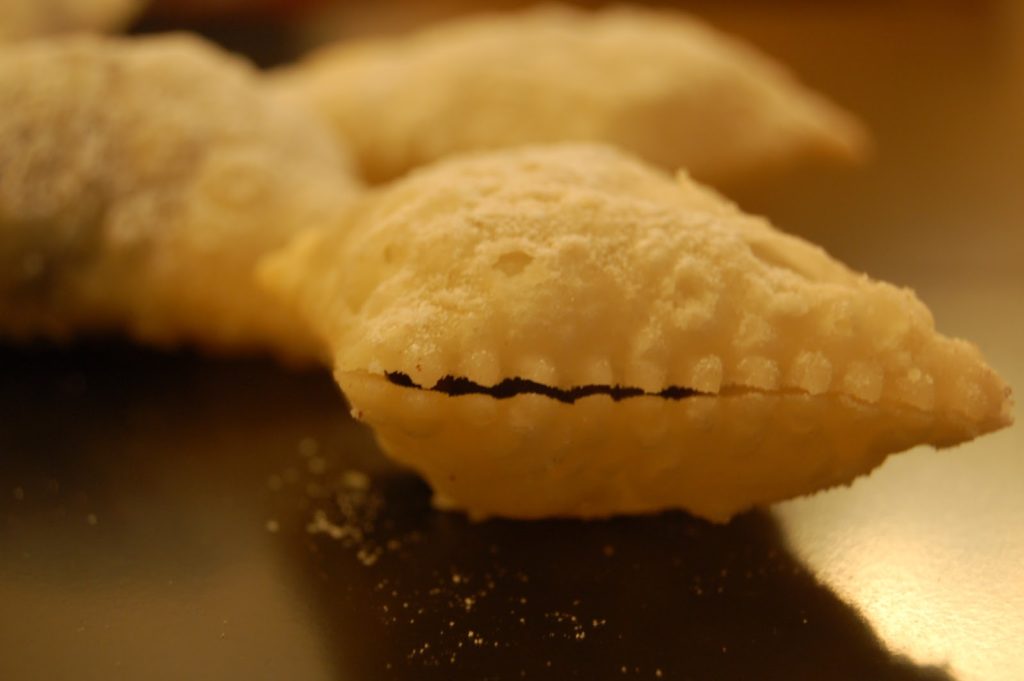 In Puglia there is never a shortage of orecchiette with turnip tops while in Calabria Christmas is celebrated to the sound of scialatelle with meat sauce and pasta with fish.

Sardinia and Sicily do not lack in appeal when it comes to celebrating Christmas with typical Italian Christmas dishes (https://italian-traditions.com/it/piatti-tipici-della-vigilia-di-natale/). Celebrations in Sardinia always include Culurgiones, the particular Sardinian dumplings famous all over the world which are served with the most varied seasonings, from the simple ones (with sauce or butter and cheese) to more elaborate ones, in a gourmet version. 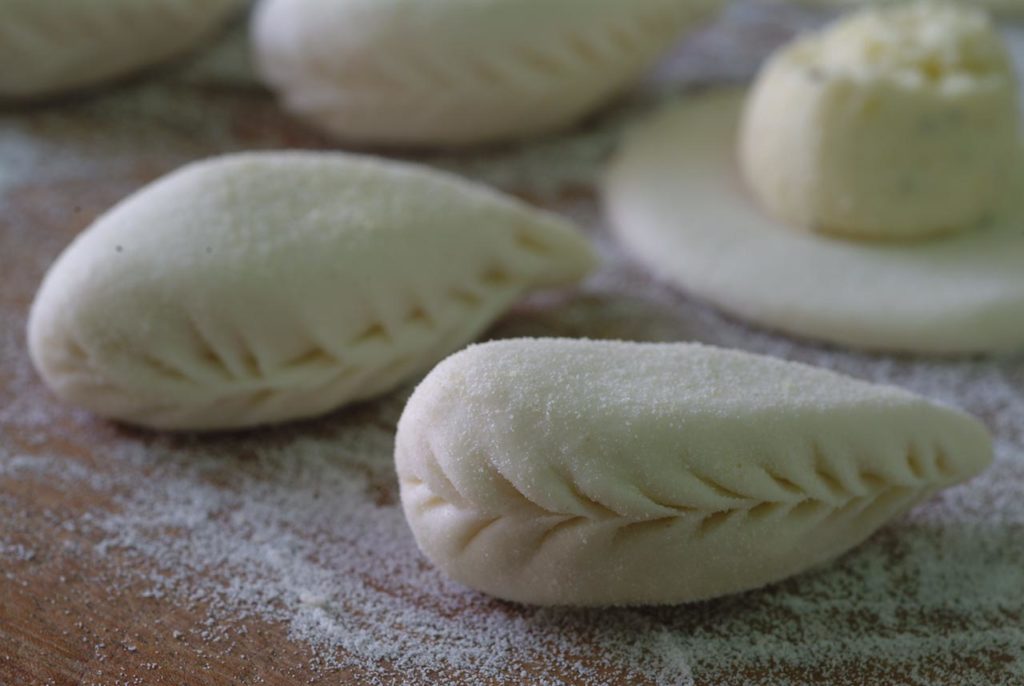 Sicily celebrates Christmas with the Sfincione (https://italian-traditions.com/it/sfincione/) and the delicious pasta with sardines, so as you can see fish dishes are preferred, or the baked timbale of Anellini, a shape of pasta typical of the areas but easily available also in the rest of Italy.