Home > What to Visit > The Three Peaks of Lavaredo
0
0
Search
Share the article:

Matteo Vergani
“Are they rocks or clouds? Are they real or a dream?” So Dino Buzzati described the poetic sensitivity of the Dolomites, and he is right. Often considered by mountaineers the most beautiful mountains in the world, these mountains are a true natural and national treasure of Italy: since 2009 UNESCO World Heritage site, the Dolomites are a set of mountain ranges of the Eastern Alps, on the border between the Veneto and Trentino-Alto Adige. 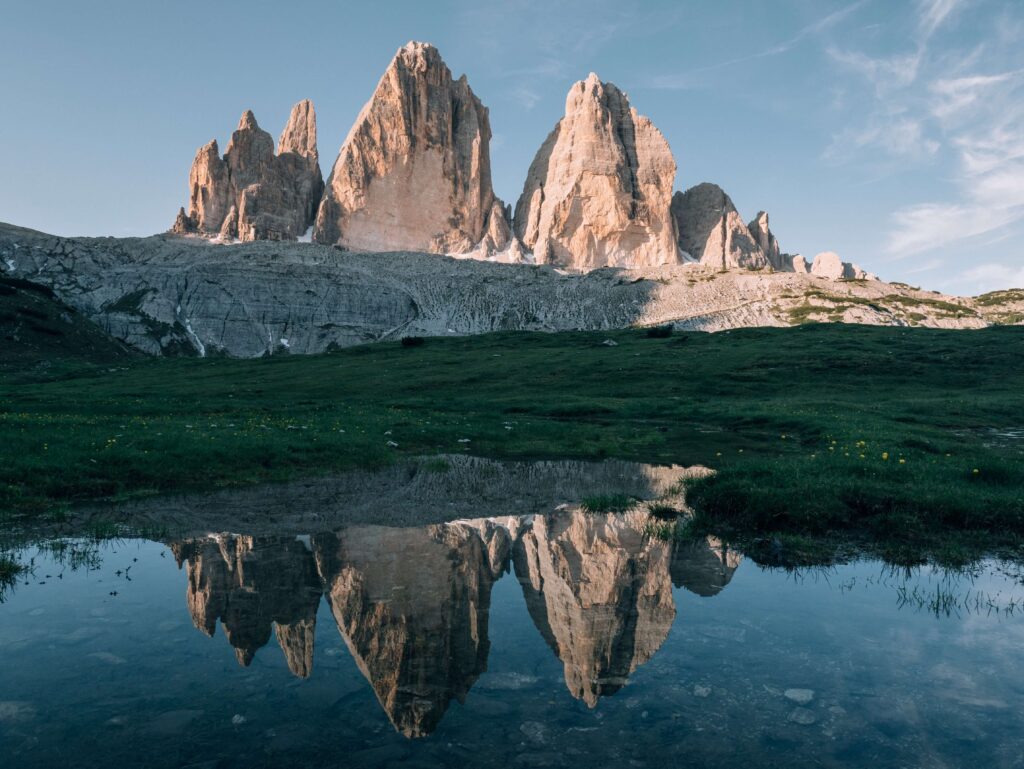 Of all enchanting and at the same time imposing peaks that make up the massive, surely the Three Peaks are among the most famous, and because of their peculiarities  considered among the most popular natural wonders by mountaineers from all around the world.

Huge and majestic, the Three peaks of Lavaredo mountain chain look like gigantic fingers of stone that are born directly from the earth, solitary standing out in the immense sky of Italy. Cima Grande (2999 asl), Cima West (2973 als) and Cima Piccola (2857 asl), so are called these three eternal obelisks that now constitute the true symbol of the Dolomites.

The story of the first ascent of these famouse peaks of the mountain dates back to 1869, when the Viennese Paul Grohmann, impressed by the imposing of these massive, decided to climb the summit of Cima Grande. By talking with the locals he had discovered that another climber, Franz Innerkofler, had already searched the area and found a way to conquer the summit. On August 21,  the two together with Austrian Peter Salcher, after 2 hours and 55 minutes conquered for the first time the largest of the three peaks. 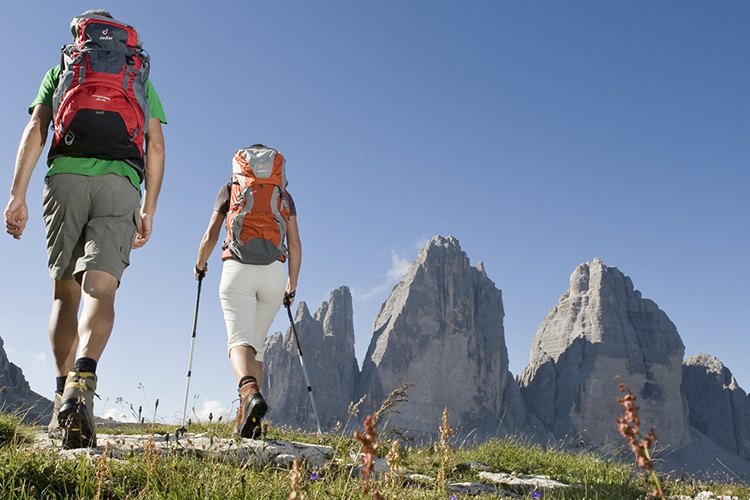 In subsequent years it expanded in the hiking tourism, which, however, was dramatically blocked by the outbreak of the First World War. War front between 1915 and 1917 (to testify this remain trenches and tunnels), the Three Peaks remained simple rock walls for years, only to look beautiful from afar. Only in 1933 threads of some climbers and the research for a way awoke by the guide from Trieste Emilio Comici the urge to groped, against all human reasonableness, to climb the North Face of Cima Grande. Despite the difficulties and several attempts, on August 14 of the same year, the climber was able to record his new path in the summit book of Cima Grande, writing his part of the history of mountaineering. 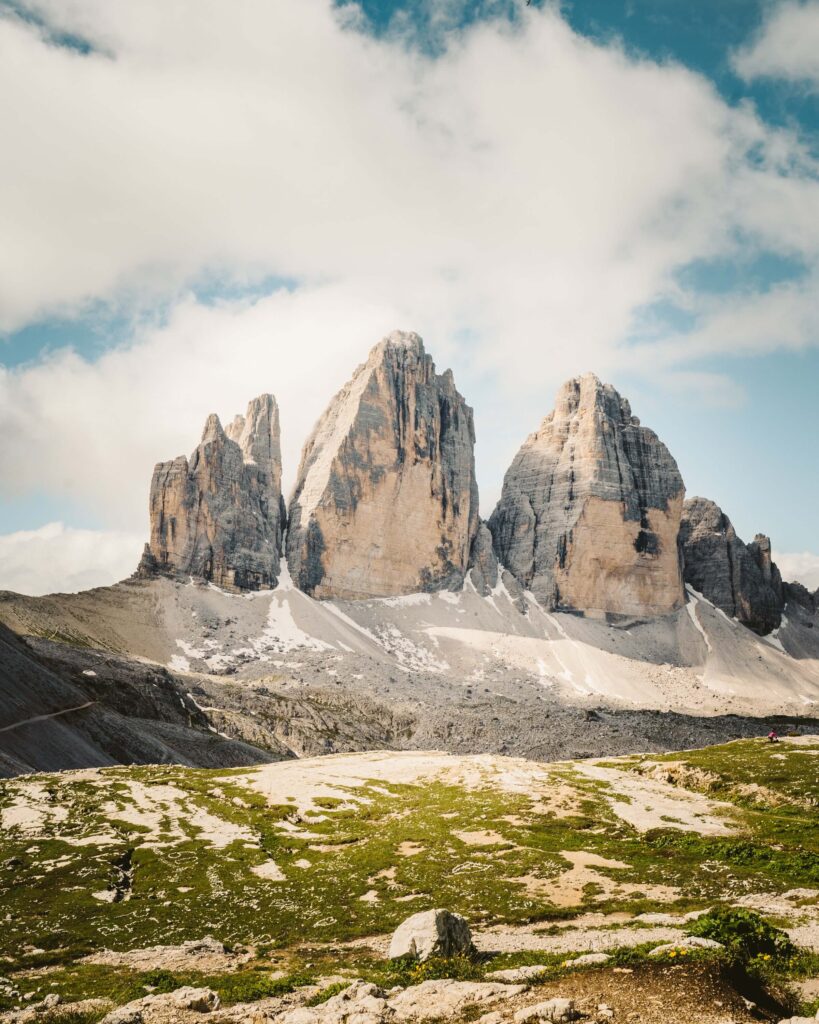 But history and climbing aside, the reputation of the Three Peaks attracts many visitors every year, seduced by the opportunity to see this natural spectacle, with the sun at sunset tinged with fiery red immortal rock walls, and that seems at times almost fake, too perfect and idyllic to be real. Instead all of this exists, of course, in the Belpaese.

Who says you need to close your eyes to dream has never been in the Belpaese. Give yourself a wonderful journey through the beautiful scenery of Italy and relax in the hands of the best luxury professionals. Whether summer or winter, it’s always the right time to enjoy a holiday tale.
Write a response