Home > Food > The chestnut museum: everything you need to know
1
0
Search
Share the article: 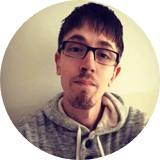 Let’s take a look together on what to visit in Italy … Today we dedicate ourselves to the Museo della Castagna – Chestnut Museum! We discover the beauties that are jealously guarded inside the site that every year attracts the curiosity of so many people! There are numerous places and attractions to visit such as Valle Arroscia, Montegrosso. It is also possible to enjoy the theoretical and botanical aspects, to know the uses of chestnuts, the techniques of processing and preservation.

You will be able to visit the chestnut orchard from the past to the present day, coal production and knowing the economic aspects of tourism and chestnut processing. But it does not end here: you can also admire everything through posters, photos, maps and video reconstructions, just to give the visitor a truly great experience!

We also point out that the center of the museum is made up of the exhibition called The Tame Woods, located exactly on the ground floor of a former school … Everything has been designed to exalt the many qualities of the surrounding landscape. 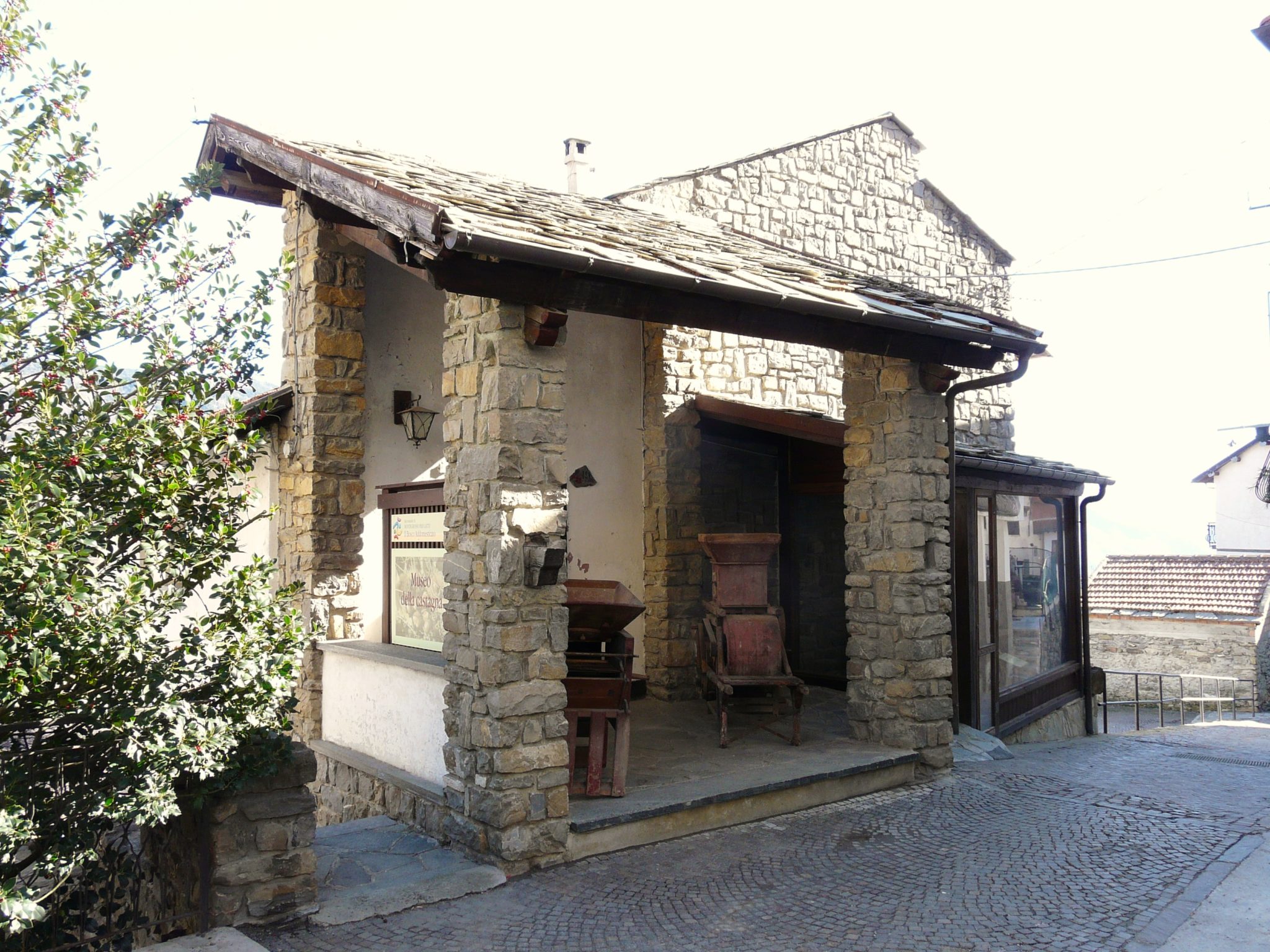 If you are a curious type and interested in the culinary world, you can’t miss a visit to the “Chestnut Museum”, especially at this time of year which is the most suitable one.

This is a very interesting museum, located in Montegrosso Pian Latte and shows the chestnut in every aspect, through its entire life cycle, divided into six sections:

You can see all these aspects thanks to a series of posters, photographs, maps, reconstructions and videos.

The center of the museum is made up of the exhibition called The Tame Woods, located exactly on the ground floor of a former school. From this point you will be able to start a very suggestive itinerary between the streets of the village, where you will be able to admire a beautiful drying kiln that has been restored very recently … Then a clearing where two charcoal kilns were built and lastly a visit to the cool chestnut forest where you can breathe the clean country air. 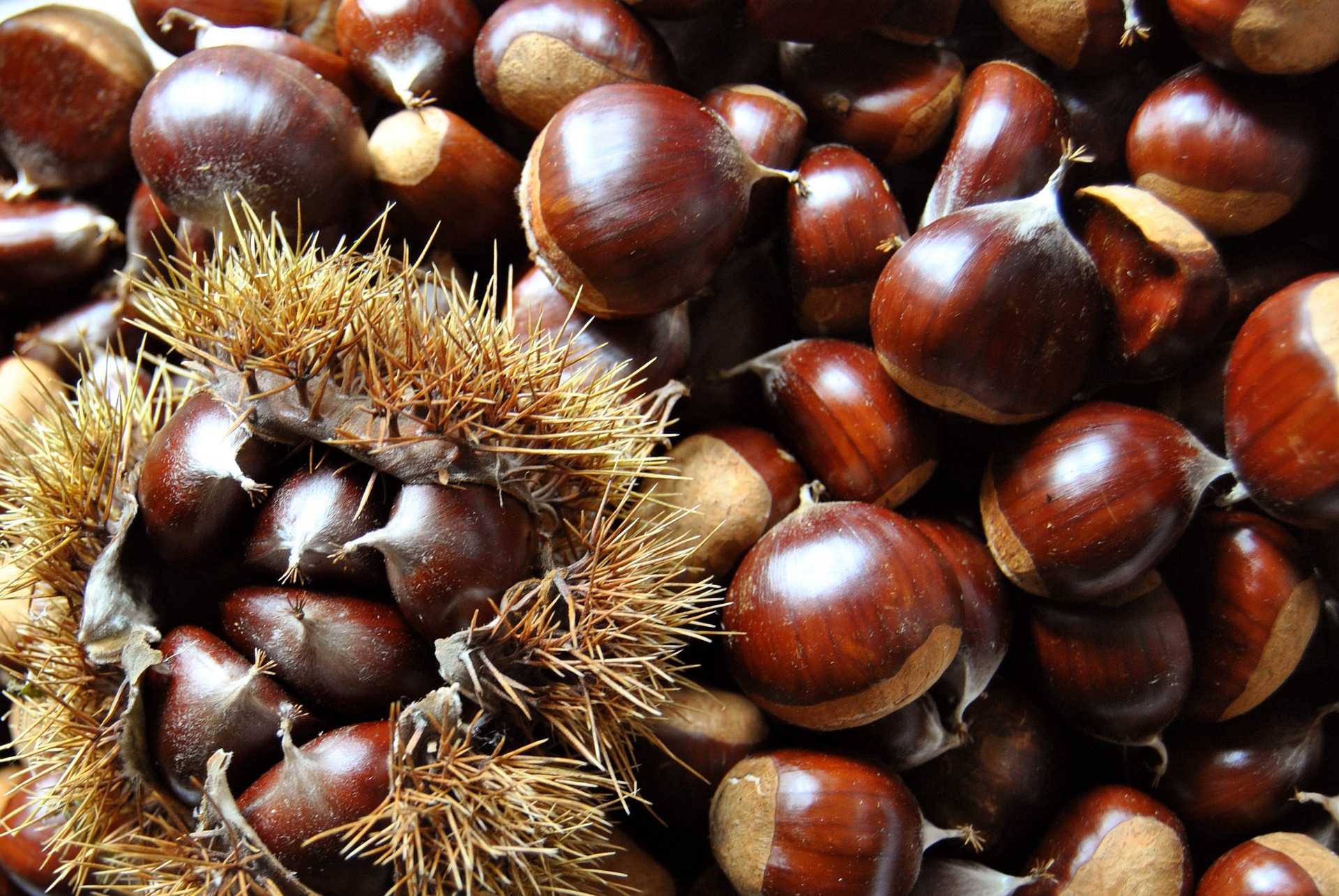 The drying kiln or “canissu” in original dialect is a widely used structure in the Arroscia Valley, which was used from the beginning of the eighteenth century and until the middle of the last century, especially in the villages with chestnut woods. The building was built according to a fixed pattern: there was a stone-built room, inside which there was a central hearth and a perforated slab made of some load-bearing girders and overlapping interlaced canes, from which its name comes. The grating was installed at about two meters high from the fire and consisted of openings in the lateral walls of the structure, where chestnuts were unloaded and transported by oxen or mules.

Outside the structure a special tool was fitted, almost like a kind of hoe, with which the fruits were turned, at least once a day. Instead, the fire was kept alight for twenty days and in any case until the right degree of drying was reached. The reconstruction of these kilns is made up of a mixture of green wood, whose center is left empty for the fireplace, sealed with a rock slab and covered with damp earth, leaves, grass and moss. In its vicinity you will also be able to see the kind of cabin used by the charcoal burners.

Both the dryer and the kiln can be visited at any time, while to access the museum you must contact the City of Montegrosso on business days, by phone number 0183/328731 or by email at: montegrosso@libero.it. We also recommend visiting the museum of Montegrosso where externally, inside a niche, there is a machine to beat the chestnuts, which was built in the forties of the last century. Unfortunately, this machine cannot always be put into action, but it is a first example of industrialization of the phases of a traditional manual process and, thanks to the posters, its operation is illustrated by images and text.