Vincenzo Campi is undoubtedly one of the most important Italian painters of the mid-6th century: a Cremonese by birth, he is a fundamental artist to understand the change of Lombard painting during that period

Born in Cremona in 1536, Vincenzo Campi was a pupil of his two brothers Giulio and Antonio and subsequently collaborated with the latter. In particular, the artist distinguished himself from the beginning thanks to his works such as La Pietà del Ospedale Nuovo and Pietà con San Francesco from the Capitolo del Duomo di Cremona. The painter also took into account Brescia’s culture and for this reason he used the light in a particular way, for example in the work the Christ nailed to the cross, anticipating even some features of Caravaggio.

Let me explain: the Italian painter was the author of many works, some little known others well-known but definitely one of the fundamental characteristics that all of them share is the use of different cultures. There is also an assimilation of Venetian culture, for example in Bassano, or in the Annunciation of Busseto, where the native colors of the local tradition combine with the warm but dark Venetian lightness.

But it is not all … the same peculiarities can be found in the picture of St. Matthew and the angel, another work which expresses a completely renewed culture and ready to welcome the great Caravaggio. When he came to Milan in the eighties, Vincenzo Campi and his brother Antonio worked to freshen up the vaults of San Paolo in Converso and was particularly distinguished for the paintings that represented scenes of real life.

Consider this: the Italian painter painted fish mongers, chicken mongers, fruit sellers, ricotta eaters, some works can even be compared to those of the Passerotti and Carracci. About this, I would like to draw your attention to the picture The ricotta eaters, well known just for the depth of its message. 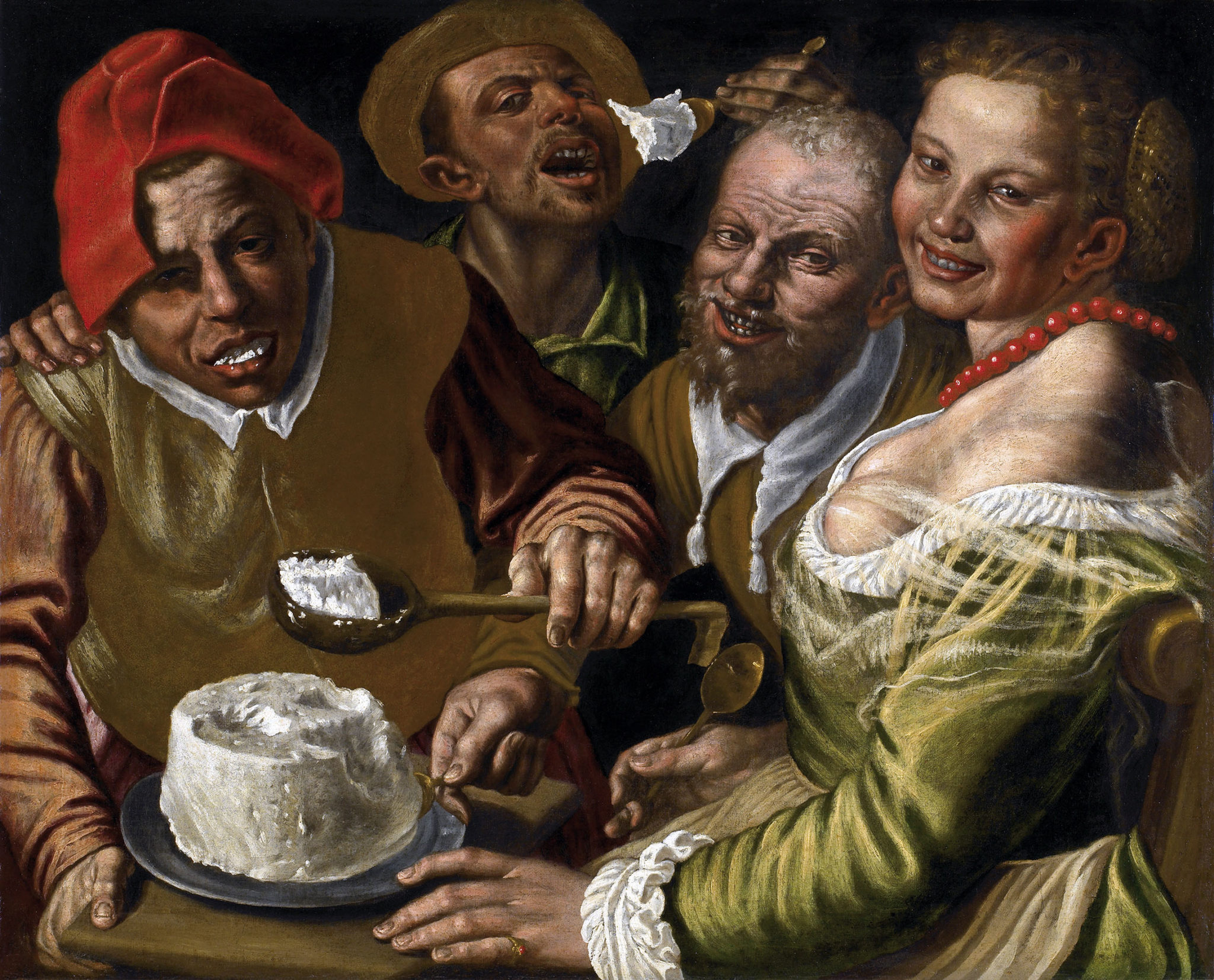 Vincenzo Campi’s Ricotta Eaters is a hymn to life and pleasure, painted in 1580. You will surely remember Van Gogh’s most famous potato eaters, where four common people are portrayed so attracted by food to even venerate it. In this painting by the great Italian painter, it is good to observe carefully some characteristic details of the protagonists: their sly glances, almost waiting for something, their half open mouths, the alluring smiles that surely do not suggest ricotta.

Let me explain: in the picture the artist wanted to represent the fact that these people gathered together not so much for the pleasure of eating as it was to be together. It is also worth noting the sensuality of the woman intentionally to offer her breasts to her diners, just as if they were food. In this way the painter combines, as is tradition from the time of Adam and Eve, food with sex, which touch and almost confuse.

Vincenzo Campi in The ricotta eaters also wants to make it clear that people of low popular culture are often of dubious morality or perhaps merely tend to show their intentions without any filter. He is certainly not the first artist to represent sex and food together, but he is certainly one of the ones who managed to get the message out to people who are about to observe his work.