The winter landscapes have always inspired many artists in the history of art. The transformation that a few snowflakes have on the territory creates an evocative image that has been immortalized by many painters and photographers of the past.

One of the greatest exponents of Italian art

However, this happens even in the contemporary era. In fact, among the greatest artistic exponents of the Bel Paese there is Antonio Pedretti, Italian painter known throughout the world, who has dedicated part of his life to the study of landscapes and their transformation through the seasonal cycle. 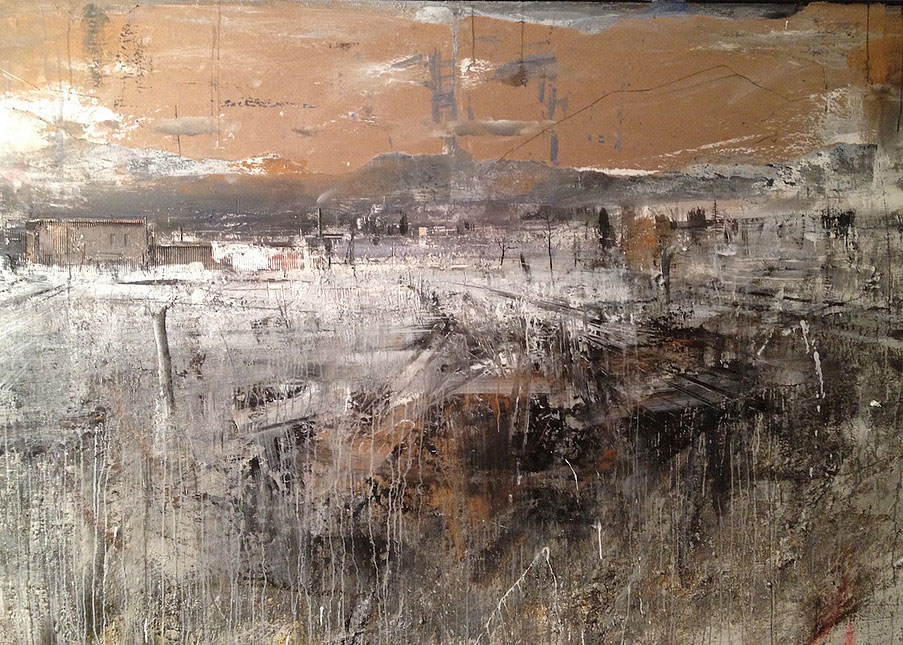 And it is from this study that the series of works “White Lombardy” comes to life. It is one of the greatest representations of the winter landscape of our times, with a clear Flemish inspiration.

The nature is bare and desolate, which is further accentuated by the representation of a suburb, located on the edge of the city. In fact, the whiteness of the snow is contaminated by the greyness of cement and smog.

In fact, instead of soft snow crystals, there is a sort of muddy mush that is also reflected in the dark clouds on the horizon.

Poetic pessimism emerges from the canvas, giving the whole work a sense of distortion and suffocation and making Antonio Pedretti one of the greatest interpreters of the so-called “European naturalism”.

Pedretti’s formation derives, in fact, from the Castello Sforzesco school of painting and then the Accademia of Brera. Although he did not continue his studies, the influence that the latter had on his artistic formation was felt soon, despite his young age.

At only sixteen he had already set up his first solo exhibition at the Galleria Ca ‘Vegia in Varese, where spatula paintings were exhibited.

From the paintings emerges a strong sentimentality, as well as a notable and precocious technical ability, which will make his trait unique.

The main subjects, which will remain the cornerstones of his entire pictorial production, are precisely the landscapes and the naturalistic genre. In a first phase of experimentation he will deal with imaginary landscapes composed only of sea waves and of wandering clouds and fixed in suspended atmospheres crossed by vivid light. With a gesture that recalls Pollock, he composes large and brightly colored works on pvc or plexiglass sheets in order to create a distance between the observer and the work …

Analyzing Antonio Pedretti’s work, it is possible to perceive a memory of an informal origin, which however appears to be devoid of meaning and values, but rich in colors and matter.

This gives the representation a magic and playful impulse and a strong desire to rediscover the sense of nature in its origins. Landscape vocations, punctuated by a skilful chromatic scan and the remarkable ability to recreate chiaroscuro, make Pedretti’s work unique in its kind.

Here, in fact, the matter takes on a thickness that makes it look almost solid. There is almost a three-dimensional feeling and it seems that the work can be touched by hand.

Antonio Pedretti’s pictorial constructions, rather than visual sensations, are due to a long imaginative process. In fact, the Italian painter traces the thread of memory until he has real visions. Most of the time, the landscapes he depicts are childhood memories, which reappear almost unconsciously from his mind and are then projected onto canvas.

This is an unprecedented visual storytelling!