Home > What to Visit > Nativity scenes not to be missed in Italy
0
0
Search
Share the article:

The Crib is a tradition that in Italy boasts a particularly rich and fascinating history. In fact, it has been present in the Christmas tradition for about 800 years, and it can be said that it has been made in every possible form with the most varied materials and tools. So here is a brief trip down the Peninsula, to discover the cribs, to be included certainly in the most beautiful things to visit in Italy, but also the most “original”.

What to see in Italy during the Christmas period 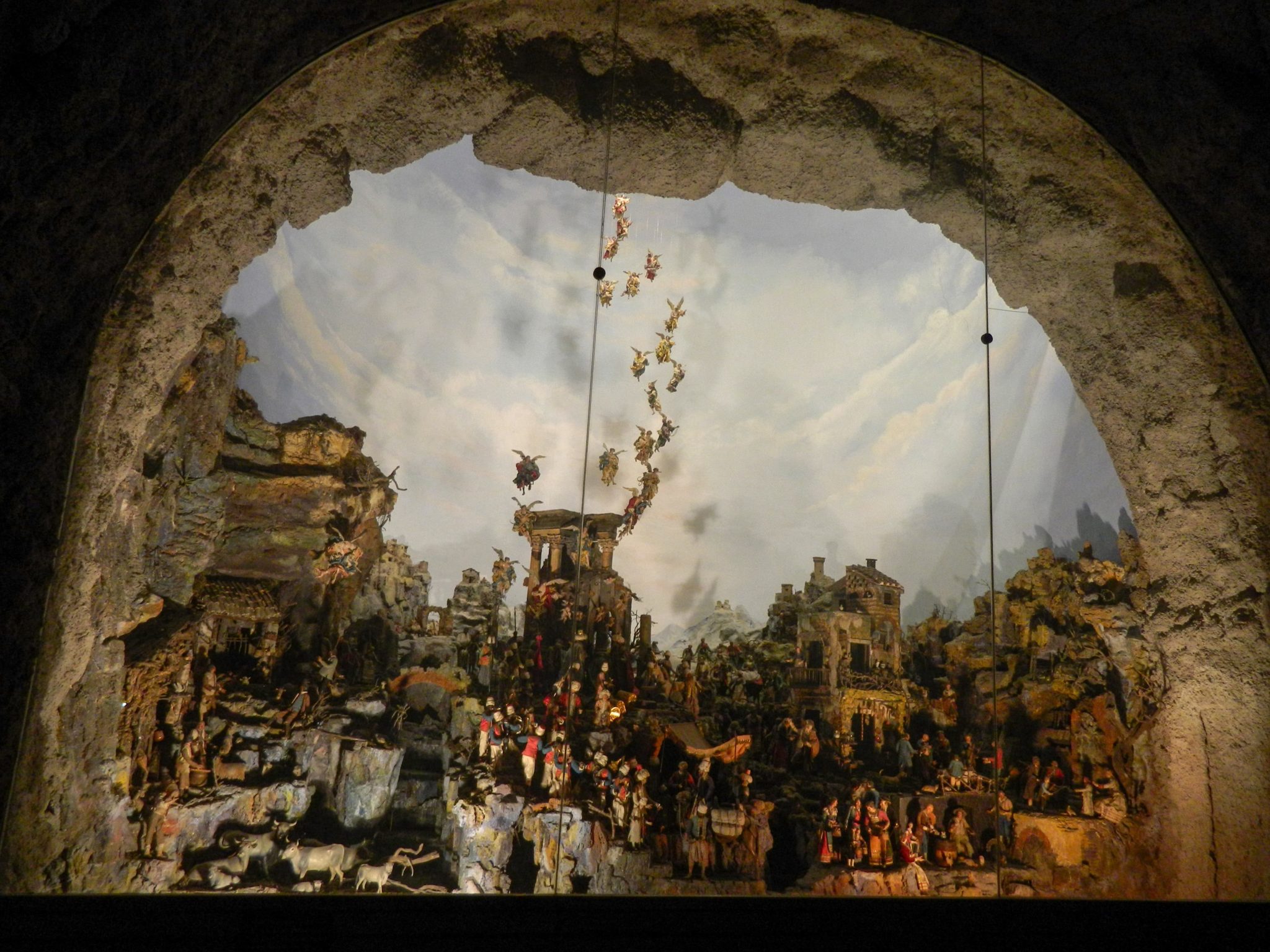 The Cuciniello nativity scene in Naples

It is perhaps the largest and most beautiful of the historic Italian nativity scenes. The Cuciniello, which takes its name from its donor, is housed in the rooms of the Museo di San Martino, in Naples, and dates back to the 1700s. The huge structure, of great historical and artistic value, is divided into three parts, corresponding to the three episodes that animate the “history” of the nativity: the announcement to the shepherds, the Nativity and the tavern.

The scenography, well finished in every detail by Cuciniello, showcases scenes of popular life taken directly from eighteenth-century Naples, reproducing:

A truly “classic” crib in which you can get lost trying to discover every detail. The shepherds and animals were made between the second half of the eighteenth and the first half of the nineteenth century, Jesus’ birth place is placed among the ruins of a destroyed temple.

In the province of Rieti, Greccio is the world’s first nativity. According to tradition, in fact, it was Saint Francis of Assisi, in 1223, who set it up for the first time with the help of his friend Giovanni Velita. Since 1972 this living nativity scene, which uses characters wearing medieval clothes, recalls that originally created by the Saint, animating the small and ancient village of Lazio. It is structured in Scenes, which recall among other things the events that led to the realization of the historical one.

The mechanical Nativity scene in Turin

From 1927 the Torino Mechanical Nativity has been proposed to the public, moved by pulleys, transmission belts and chains that give rise to a complex set of movements and a unique appeal to the representation. It was created by the cinematographic set designer Francesco Canonica, and today is housed in the church of S.S. Annunziata. It counts over 200 wooden characters, up to 90 cm tall, 100 of which are provided with animation. An electric motor, recovered from a ship in demolition, confers the movement to the whole structure, and for some years it has also a day / night effect thanks to LEDs and shades of colors.

The giant nativity scene in Manarola

In the Cinque Terre, in the province of La Spezia, stands the representation of the largest nativity in the world. This is the Manarola Nativity, by Mario Andreoli: four thousand square meters on the hill of Tre Croci, 300 life-size characters, fifteen thousand light bulbs lit thanks to a network of photovoltaic generators. 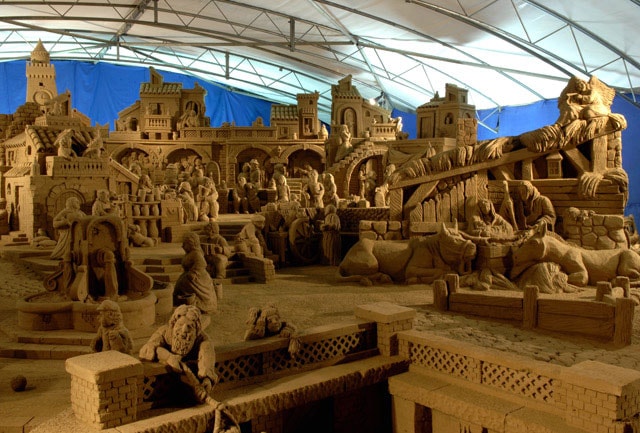 The sandcastle Nativity scene in Rimini

One of the most original nativities in Italy is certainly the one made entirely of sand in Rimini. A double installation, it has been  present on the Romagna Christmas scene for 10 years, it is divided between Marina Centro and Torre Pedrera, built by the Academy of Sand.