The Italian territory is full of incredible places that have been preserved over time and which are the symbol of the glories and history of the past of our country. One of these is the Samezzano Castle. This is located in the municipality of Regello in the province of Florence. Italian Traditions will lead you on the discovery of this incredible place. We will tell you about the history of the castle and its owner and founder Ferdinando Panciatichi. Finally we will explain how to reach this location and how to visit the structure.

The Sammezzano Castle is the most important example of orientalist architecture in Italy. Besides being fond of culture and the oriental world, its founder was a great expert in botany and for this reason he decided to have a large green area built around the castle. This is the so-called Historical Park that has an extension of about 65 hectares. Here you can find many rare and exotic plants. They had a double function as they had the task of both beautifying the outdoor spaces and welcoming the visitor gradually introducing him to the wonders of the castle.

The Castle with its imposing façade on which are represented the sun and the moon dominates the hill above Leccio. The interior consists of several rooms that allow you to take a virtual journey across the east. In every room the marquis of the castle wanted to recreate a world that he had never seen in real life but only knew through research and study. 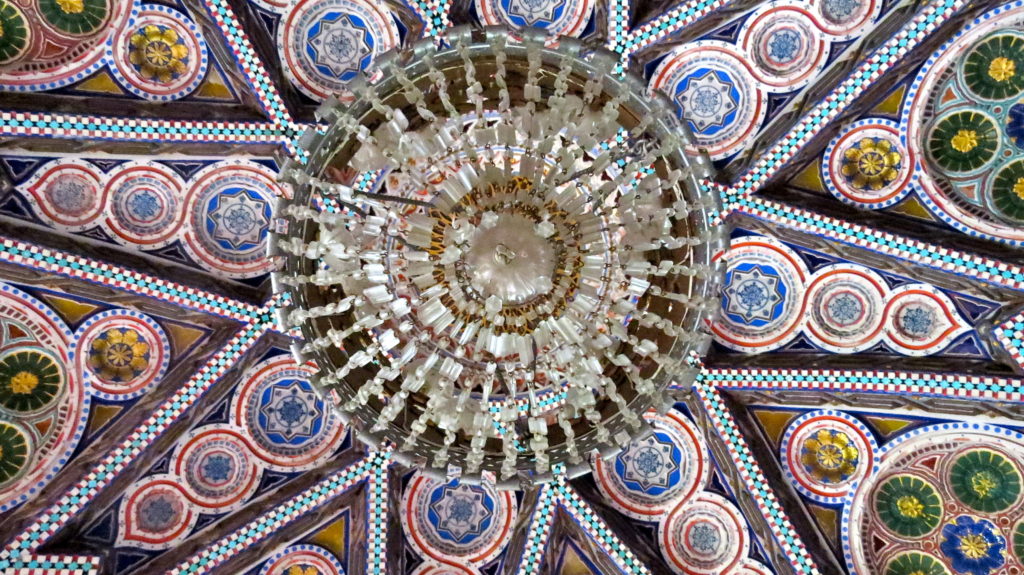 Its history and its founder

The Castle of Sammezzano was built thanks to Ferdinando Panciatichi who expanded a pre-existing building from 1843 dedicating most of his life to the realization of this project, completed in 1889. In 1897 Ferdinando died and the castle passed to his daughter Marianna

Ferdinando Panciatichi was born in Florence on March 10th 1813 from the union between Pietro Leopoldo and Margherita Roselmini. In 1827on the death of his uncle Ferdinando Ximenes he inherited the property, the name, the coat of arms and the titles of the Ximenes D’Aragona family. Among the inheritance there was also the ownership of the Sammezzano Castle. Ferdinando began to modify the rooms and the existing structure influenced by the cultural and artistic current spread throughout Europe in the early 1800s and known as Orientalism.

At the same time he was both owner and commissioner of the Sammezzano Castle. Even without a specific degree he was an engineer, architect and geologist. At his death he was buried in a tomb inside the castle. In 1916 he was moved to a Chapel in the cemetery of Sociana.

The events at the castle

The FPXA committee was created to enhance the figure of the Marquis Ferdinando. Today it organizes meetings and seminars that aim to present the beauties of the structure and to let this character be discovered. Thanks to his genius he succeeded in enriching the Florentine town of Regello with this magnificent castle of great historical and artistic value. 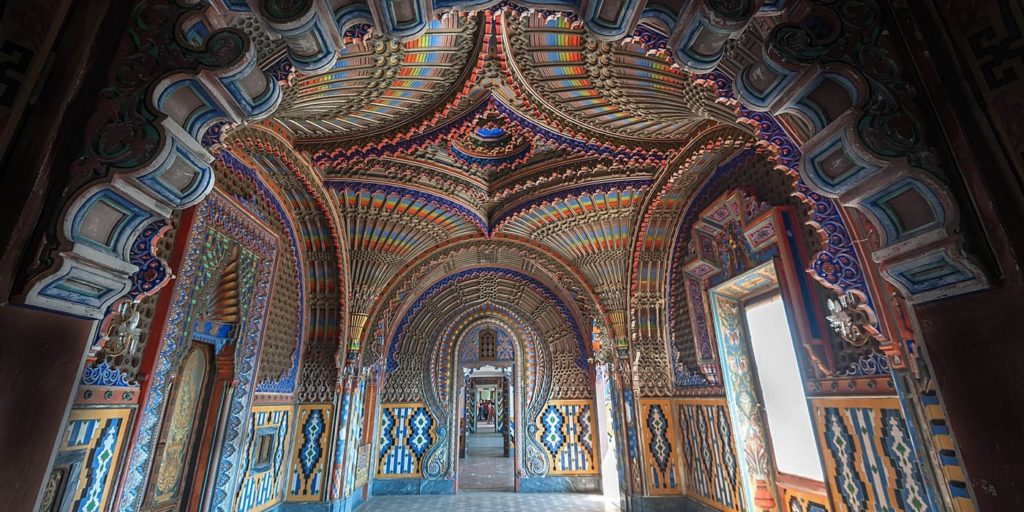 How to reach it and how to access the castle

The Castle is located in the Tuscany region within the territory of the municipality of Regello. In particular it is located in the hamlet that bears the name of Leccio. By car it is easy to reach from the entire peninsula via the A1 motorway. The exit to take to reach the destination is that of Incisa-Regello. The visit to the Sammezzano Castle is made possible by the FPXA association. Those who intend to visit the castle must register in the special lists. For the moment, there are no new openings scheduled.

The Italian peninsula is full of treasures from the past to be rediscovered. Thanks to these it is also possible to get to know fundamental characters for the history of the culture of our country. If you want to know other important historical figures we recommend reading this article too. Now that you know more about the wonderful Castle of Sammezzano you just have to organize your visit next time it opens its doors. 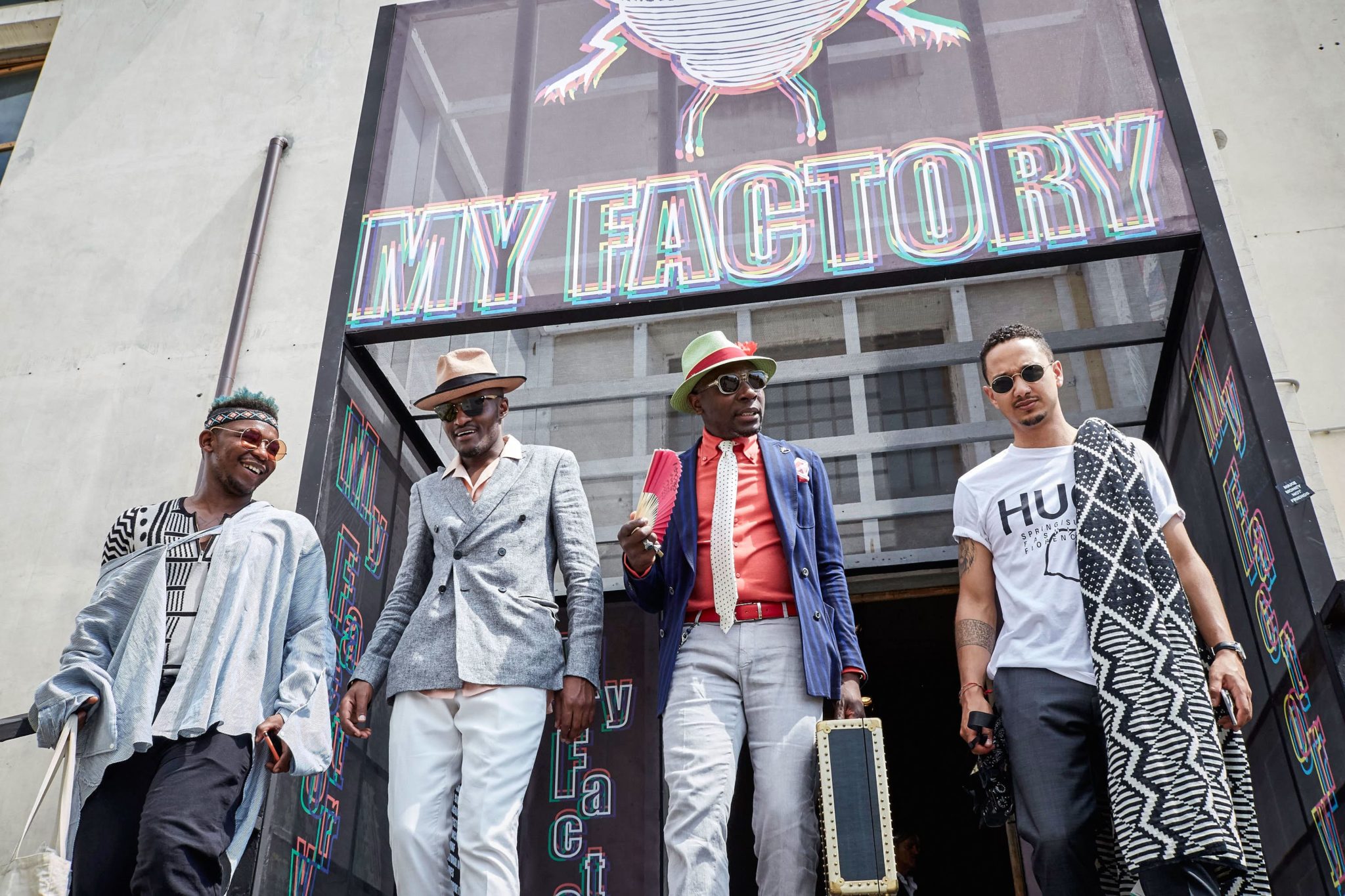 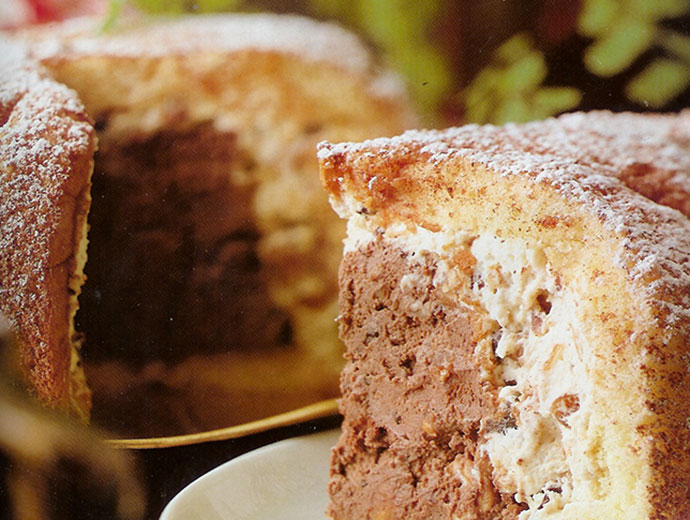