Among the many popular festivals in Sardinia, the carnival of Mamoiada is undoubtedly one of the oldest and most famous, and is rooted in the most ancient folklore of the island. It is, in fact, an event linked essentially to music and a dance like the “Passu Torrau and Sartiu”. 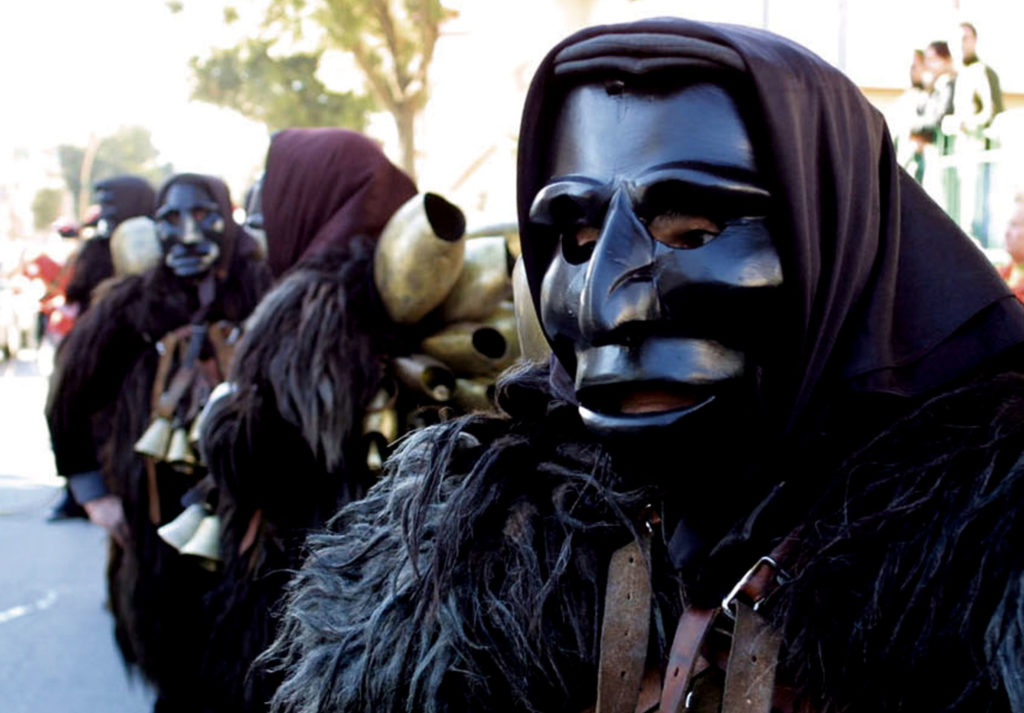 The origins of the Carnival of Mamoiada, also known with the name of “The Dance of the Mamuthones”, remains obscure, although many theories have tried to shed light on its history. Some believe it is a very ancient ritual, which dates back to the nuragic era of Sardinia, aimed at protecting the people from evil spirits or wishing for a successful harvest. Undoubtedly, there are strong ties of this carnival with the cycle of death and the rebirth of nature. In this case, the grotesque masks that are used refer to the human-animal relationship, a historically fundamental link to the history and economy of the region.

A strong reminder of the more archaic tradition, then, comes from the parade of “Mamuthones” and “Issohadores”. These are two figures strongly characterized by their clothing and movements, who participate in an ancient ceremonial and symbolize the carnival in full. With their precise and mysterious movements and their dance, accompanied by music, they drag the crowd with them, becoming the authentic masters of the carnival.

The 12 “Mamuthones” that parade symbolize the months of the year. Their faces are covered with a black mask, made from pear wood, characterized by rough features. They wear dark sheep skins, and carry noisy bells on their back and bronze bells on their Chest. The “Issoadores”, instead, wear a red bodice, a white mask -sa berritta-, white trousers and a small shawl, escorting the “Mamuthones”. Along the way, they capture young women using laces, as a sign of prosperity and good health.

These masks make their first appearance of the year between the 16th and 17th January, that’s to say in the day dedicated to the celebration of Sant’Antonio Abate, to then return for the carnival. 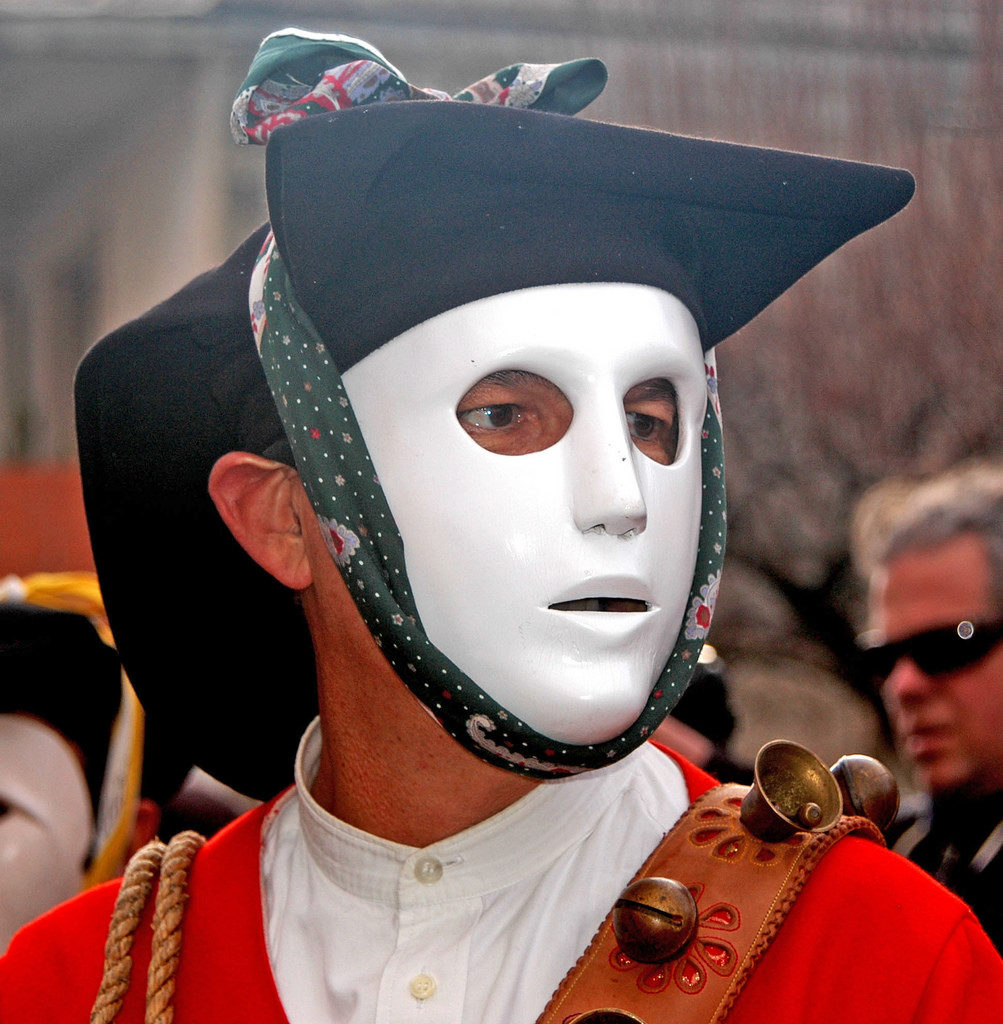 The Carnival of Mamoiada has in Juvanne Martis another symbol of great strength and charm. It is a puppet that is placed on a cart -adorned with branches and twigs- and towed by a donkey. The Puppet has a wooden head connected by a pipe to a barrel of wine hidden by its body. It wears velvet clothes over a straw padding. Juvanne is carried around through all the districts of Mamoiada by the so-called “relatives”, who stand out because their faces are blackened with burnt cork, and wear typical women’s clothes: handkerchief on the head, shawl, blouse and skirt. The “relatives” walk along shouting a sort of rhyme, which contains ironic phrases, teasing, sarcastic comments. 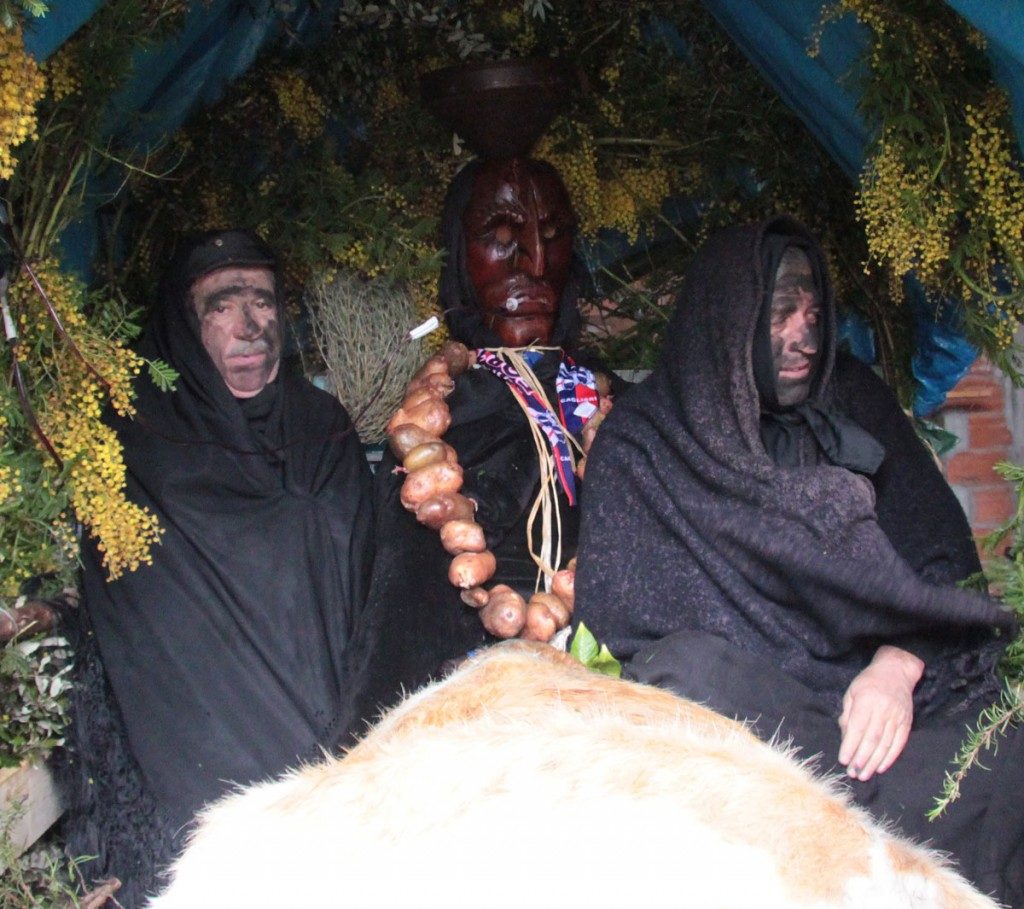 At each stop, the group that leads Juvanne offers wine to all those present. At the end of the day, Juvanne goes through mock surgery and carefully hidden pork guts are extracted from the padding -and as she dies she proclaims the end of the carnival. The last day of Carnival is celebrated with the offer of a dish of broad beans and pork meat, accompanied by some great local wine.