Home > What to Visit > A journey through the nativity scenes of Italy
0
0
Search
Share the article:

That of the nativity scene is a tradition strongly rooted in the culture and society of Italy. It is considered to date back to year 1223, when San Francesco is credited to have created in the village of Greccio the “presepe” by reconstructing the nativity scene with living animals and real people.

The first known nativity, with reconstruction of the setting and statuettes, instead, dates back to 1238, and was commissioned by Pope Onofrio IV remaining initially confined to churches and parishes, but soon becoming customary even in private homes. Over the centuries, it then took on further importance, acquiring a strongly symbolic and artistic dimension at the same time. The 18th century constituted what can be defined as the golden era of the nativity scene, especially in Naples where local artisans started making statuettes representing contemporary people of all classes (often attending their everyday tasks and commitments). An idea which met with considerable success, with statuettes of non-traditional figures being included in the scene.

Today Italy can boast an immense nativity heritage, with the presence of artistically renowned ancient Cribs along with the more “modern” and innovative ones.

The Turin Mechanical nativity was created in the early 1900s by the set designer Francesco Canonica and, since 1925, it has been located in the Church of S.S. Annunziata. The Crib has more than 200 characters, of which over 100 are moveable. An electric motor recovered from a ship in demolition provides the power to transmit movement to all the sectors of the scene, through a complex system of belts and pulleys.. In the last few years, the entire structure has been equipped with a new day / night light effect, this time obtained with the help of latest generation LEDs. 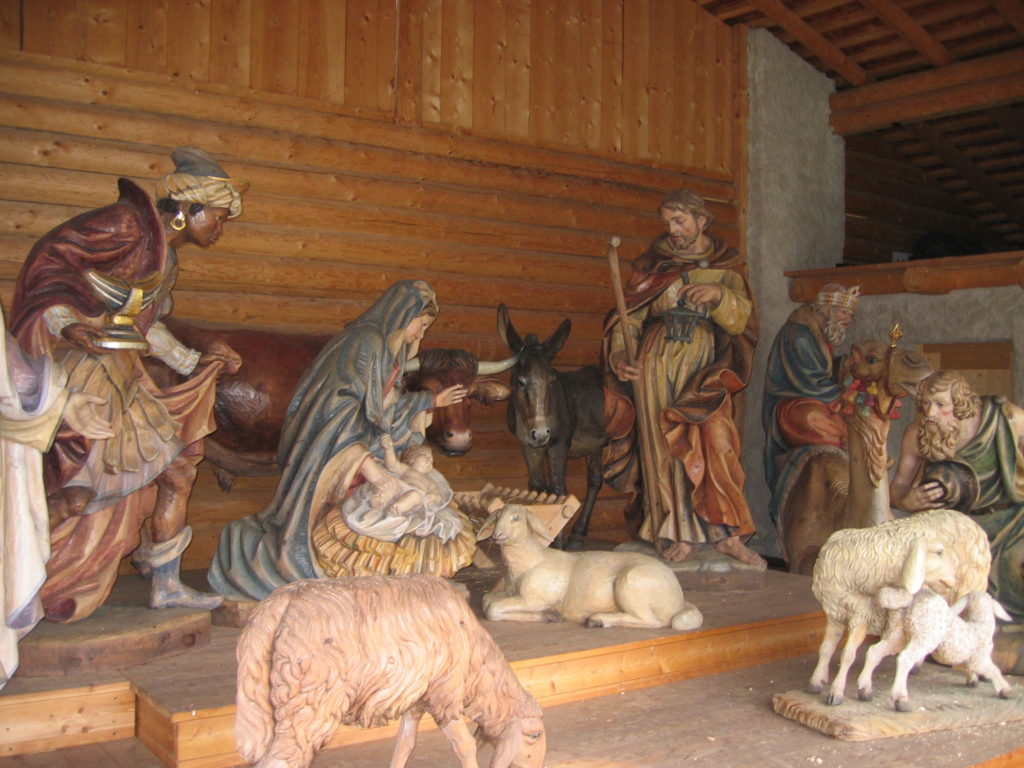 The creation of this Crib began in 1988, when a group of young artists of Santa Cristina in Valgardena made a first wooden sculpture. Later, they decided to realize a life-size Nativity Scene, starting from the Holy Virgin and Child Jesus, who were then followed by Saint Joseph, the Three Wise Men and a shepherd with his sheep. Over the years, the 18 artists have added elements and, in the year 2000, the stable was created to enclose the whole representation, so it can remain open to the public throughout the year. 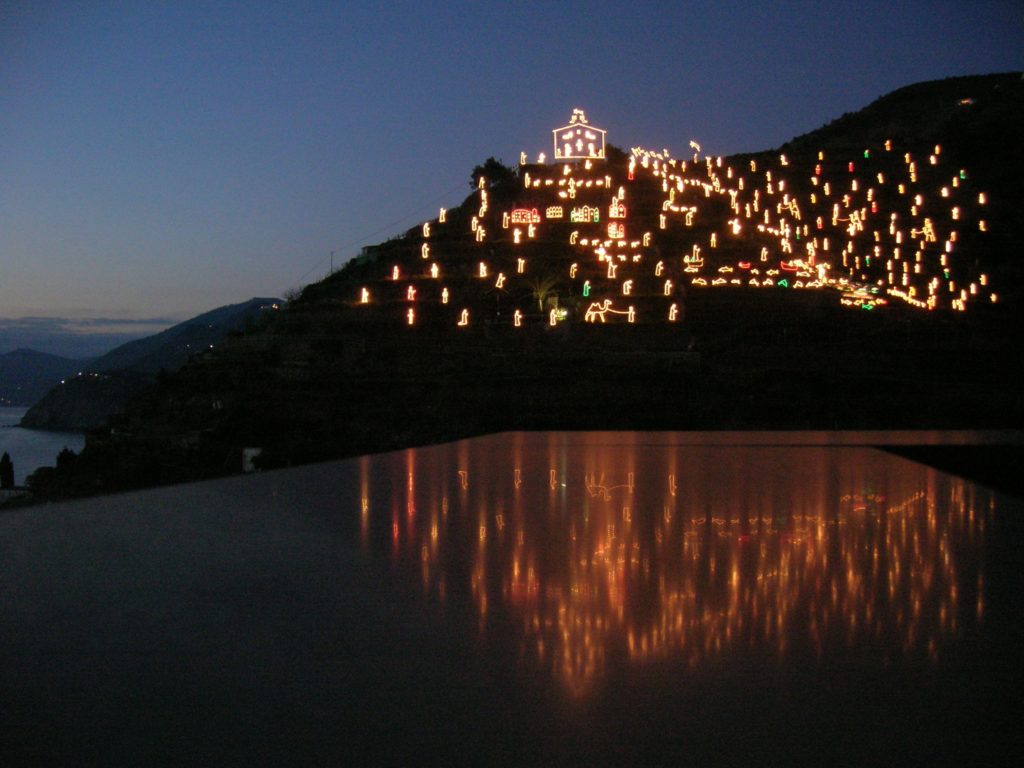 Every year, on December 8th, Manarola, one of the villages in the Liguria’s Cinque Terre, has lit up with the largest light Crib in the world. Made by Mario Andreoli on the hill of Tre Croci, this crib entered the Guinness Book of World Records in 2007 thanks to its undisputed size. For its construction, in fact, more than 10 kilometers of electric cables and 17 thousand light bulbs were used to set up the 300 life-size shapes. The spectacular light makes it visible even from a great distance.

The Sand Nativity in Rimini 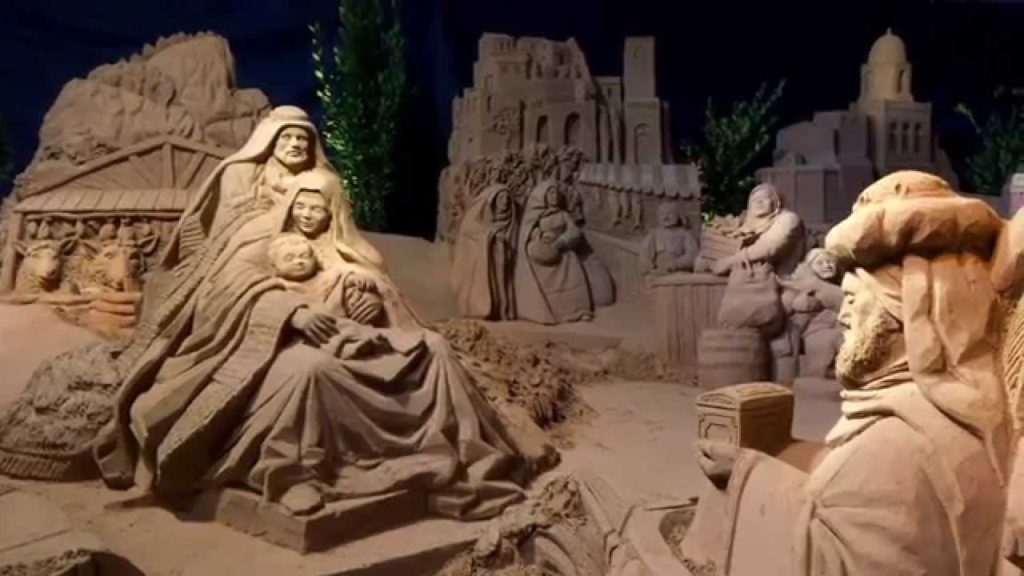 The town of Rimini, further to being one of the major summer vacation resort, is also well known for its Christmas traditional appointment with the Sand Nativity on the beach. It is created by the greatest masters of sand sculpture, which annually create real works of art reproducing the Holy Family, the groups of the Magi and the shepherds within a scenario that reproduces in the background even the most representative buildings of the town. 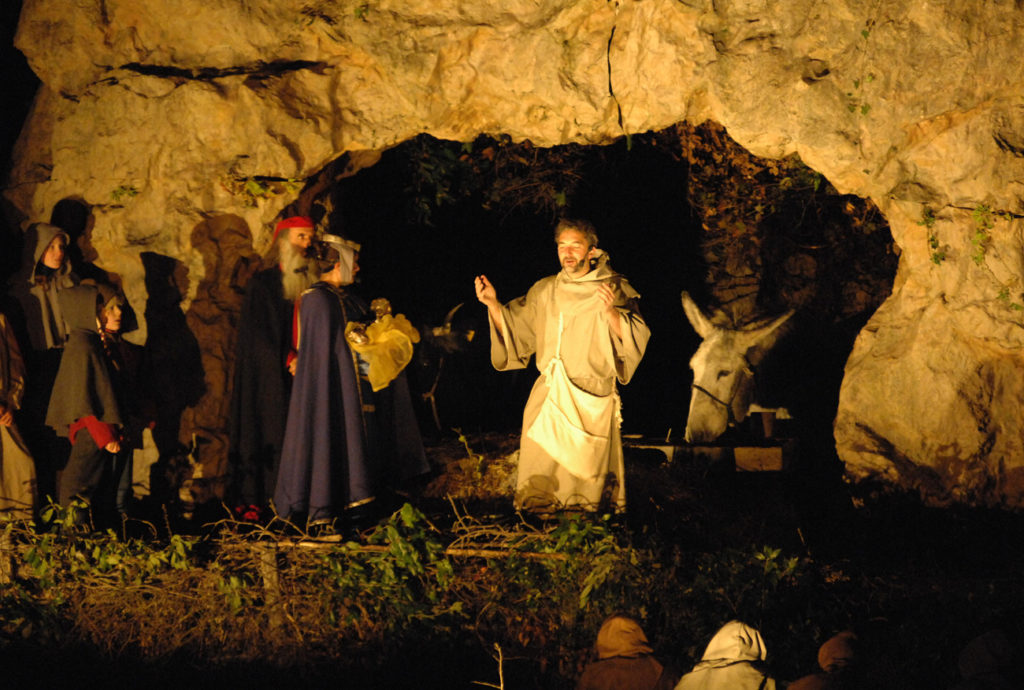 The first representation of the Nativity dates back to 1223 and was set, in the village of Greccio, by Saint Francis of Assisi – aided by the nobleman Giovanni Velita. On that occasion the Saint chose a cave and had a manger built, and led a donkey and an ox there, giving life to the first reconstruction of the place where Jesus was born. Even today, following this tradition, Greccio hosts a living nativity scene, with a representation divided into 6 scene sets and dialogues extrapolated from the texts of Tommaso da Celano, who was the first biographer of St. Francis. The Crib represents a meticulous reconstruction of the costumes of the period, made by the Teatro dell’Opera di Roma, constituting a real historical re-enactment. 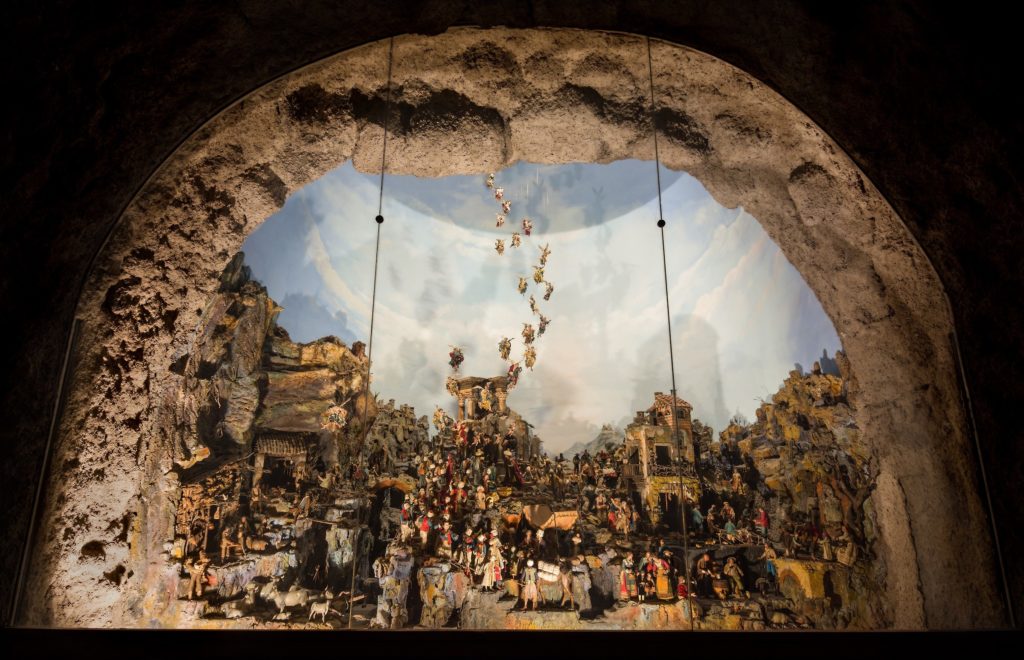 The city of Naples has a very strong link with the Nativity culture and tradition. The well-known Via San Gregorio Armeno is an example. On both sides of this charming, narrow alley in the historic district of the town an uninterrupted sequence of artisan shops and stalls display cribs, statuettes, wooden and cork houses. Choice is not just limited to the traditional nativity figures, as, in a perfect commingling of the sacred and the profane, the craft artists have added figurines representing pop culture icons, actors, politicians and sport stars to their offer.

In Naples there is also one of the most beautiful and well-known nativities in the world: the Cuciniello nativity, kept in the National Museum of San Martino. This work of art takes its name from Michele Cuciniello, a great lover and collector of eighteenth century nativity scenes and statuettes. The huge structure that forms the crib – called “rock” – is composed of three sections. In the central one there is a ruined Roman temple that houses the Nativity, flanked by that of the Taverna, a two-storey house full of food for the customers. In the third section you can see the representation of the scene of the moment when the angel announcing the birth of Jesus appeared to the stunned shepherds and herders. The crib was set up in 1879, and is equipped with a lighting system that simulates dawn, day, sunset and night. Naturally, all the figurines, the characters that crowd the crib, wear clothes of eighteenth-century style. 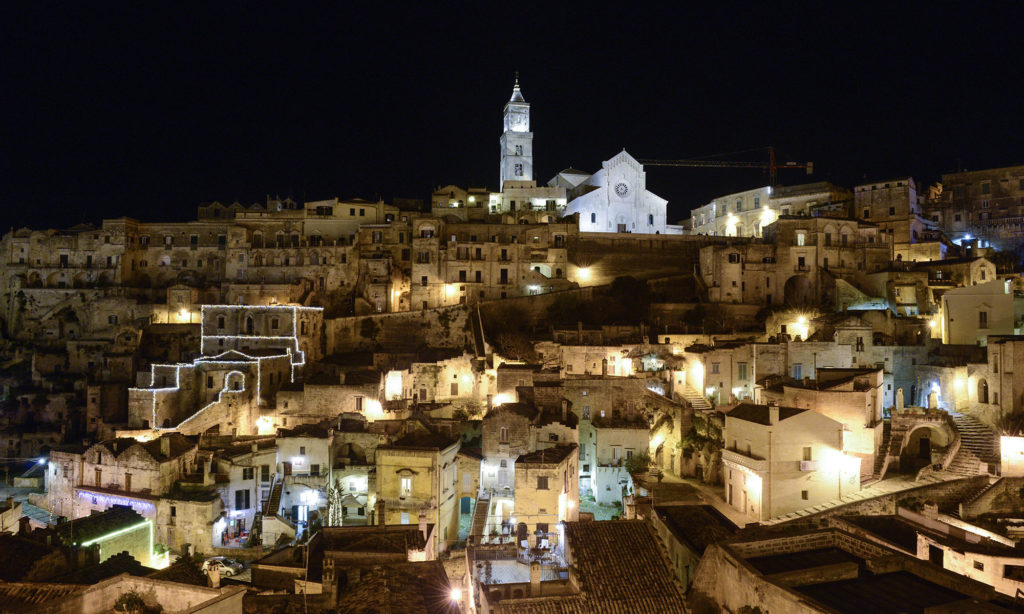 That of Matera is one of the most evocative living nativity scenes in Italy. In this case, in fact, the representation of the Nativity is set within the Sassi of Matera. It is therefore a real nativity path, which puts on stage, in the underground rooms of the Historical Center of Matera, what was daily life like in Judea 2000 years ago, with 300 people getting involved in the representation.