Today the Internet is a simple fact: just a click and we are connected to the whole world. Yet it has not always been so simple. Even the Net has a history behind it and, like any great invention, a pioneering phase. Once upon a time there was Arpanet, a network connection system designed in the United States.

The origins of internet in Italy

In Italy everything started thanks to the work of a group of researchers from the University of Pisa. Thanks to them, the first connection was made using the TCP / IP protocol, already widely used in the U.S.A., but almost unused in the rest of the world. This technology, conceived by the “fathers” Vin Cerf and Bob Kahn allowed to connect, in fact, to the Arpanet system. And the merit was of Luciano Lenzini, a member of the National Center for Electronic Computing Research of the University of Pisa (Cnuce), who obtained the possibility to connect to the Net, thanks to contacts with the Defense Advanced Research Project Agency (DARPA) which managed the Arpanet Network. In the research group with him, there were Erina Ferro, Nedo Calandroni and Antonio Blasco Bonito. 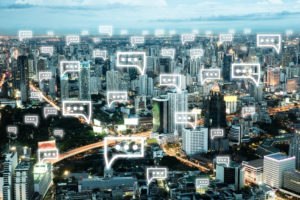 This is how – on April 30, 1986 – the first connection was activated by cable from Pisa to the Piana del Fucino, in Abruzzo, and then launched via satellite to the United States. Thus reaching Roaring Creek Station, Pennsylvania. Information and data sent from Italy came in an instant overseas traveling on a network originally designed for military purposes. For the occasion, a huge router was used, called “Butterfly Gateway”, supplied to Italy by the American government, which allowed our country to be among the first European states to connect to the Internet. To be precise, the third, after Norway and England. In that distant April 30, 1986 Italy entered the Internet age. It took four years for the CNEA to find the first funds to start the Internet start-up in Italy, thanks to the agreements signed with Sip and Italacable.

And the record of the first Italian site officially registered still belongs to the CNR, which in 1987 created its Web domain at the National University of Electronic Computing University of Pisa.

Until 1995, however, the Internet remained a tool of communication restricted to the world of scientific communities, along with governmental ones. Starting from that year the web began to spread and became accessible also to private users, with the evolution in qualitative and quantitative terms that today are under everyone’s eyes. In Italy, however, starting from 1993 the first Internet-providers were born, including Vol, founded by Nichi Grauso and TelecomOnline, but it is in 1994 that, with the birth of I.Net, we witness the “Internet revolution” in our country. Since that time things have changed a lot, and even the initial digital-divide compared to the rest of the world has been overcome. But, after more than 15 years since the arrival of the ADSL, which in fact revolutionized the functions and the repetition of the Internet, other challenges remain open for our country. Starting from the ultra-broadband and the possibilities that this offers the Web.