Home > History and Legends > The history of the Italian Flag
0
0
Search
Share the article:

White, red and green: these are the colors that distinguish the Italian Flag, representing Italy around the world. Three colors whose history is much older than the Unification of Italy and, therefore, the birth of the nation.

The appearance of the “Tricolor” linked to the Italian flag goes back to the end of the 18th century. On January 7th 1796, to be exact, the Republic of Cispadana was established at the town hall of Reggio Emilia, and included some territories that currently belong to the region of Emilia Romagna. On that occasion, the “banner or Cispadana Flag” with three colours was also formally instituted, the same ones that made the Italian Flag known to the general public: Green, White and Red. 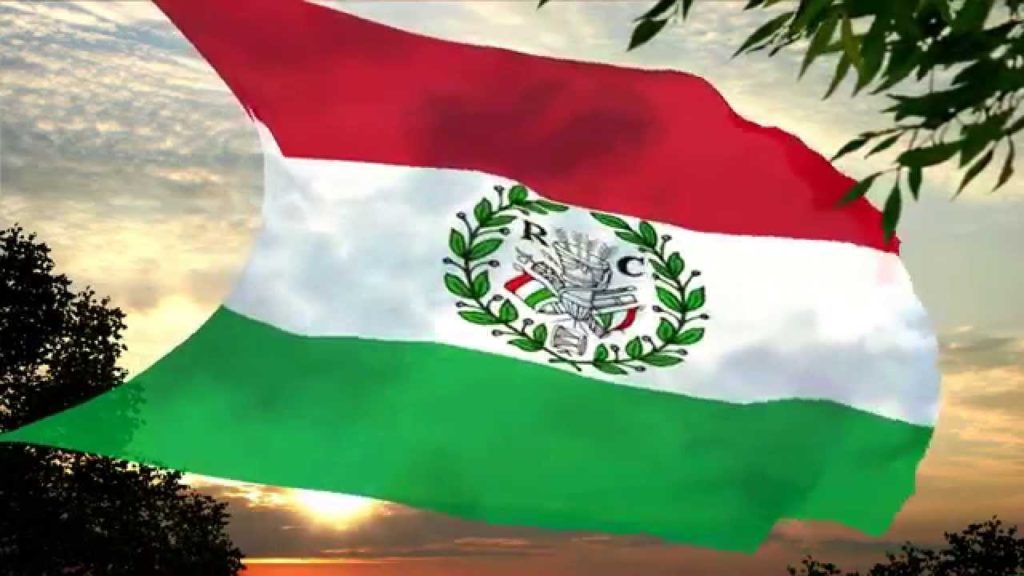 The explanations about the choice of those three colors are numerous and, in many cases, antithetical. According to a “poetic” thesis, the green represented hope, the red joy and the white faith, all united together in the symbol of the Italian flag, the object of representation of a people par excellence. For others, however, the three colors of the Cispadana Flag represented the white of the Alps, the green of the Padanian Plain and the red of the volcanoes. But there is also a theory that sees the new flag directly inspired by the French one.

However, we know that the colors that would become those of the Italian flag had already been used on August 21st, 1789 in Genoa, during a demonstration. On that occasion, in fact, the participants exhibited a green, white and red cockade. Later, the three colors were used for the military banner of the Lombard Legion, On October 11th, 1796.

After the brief experience of the Republic of Cispadana, the people attributed an increasing importance to the Italian flag, which became the most important symbol of the Risorgimento, until the proclamation of the Kingdom of Italy, in 1861, with which it became the National flag also including the symbol of the Sabauda Crown.

The confirmation of the “Tricolor” as a representative flag of Italy dates back to the end of the Second World War. On December 27th, 1947, in fact, the “Tricolor” was officially declared national flag, thanks to Article 12 of the Constitution of the Italian Republic. The article, in fact, states that “The flag of the Republic is the Italian tricolor: green, white and red, three vertical bands of equal size “.