Home > Home Decor > The history of the brilliant invention of the Moka
0
0
Search
Share the article:

Martina Zito
Every morning, every night, in houses all around Italy, there is a sound that is somewhere between a sob rumbling and crackling, a sound that announces a special ritual: coffee. Italian Traditions takes you through the discovery of the Italian coffee of excellence, an invention that has revolutionized the habits of the consumption of an ancient and beloved drink.

In 1919, at Crusinallo, in the province of Verbania in Piedmont, Alfonso Bialetti opened Alfonso Bialetti & C. Foundry in Conchiglia, a workshop for the production of aluminum products. Driven by his entrepreneurial spirit, he eventually turned it into a workshop for the design and production of finished aluminum products, ready for the market. 1933 was the year of the great revolution, a revolution that came from an intuition that marked a major change in the traditional coffee consumption in the home. Bialetti had the idea of creating a new tool for coffee production at home. An idea that came to him in a very particular way: by watching his wife do laundry. Alfonso was used to the “lisciveuse”, a washing machine which consisted of a boiler that consisted of a tube with a perforated upper end; as it warmed up, the water went back along the tube and came down again onto the laundry using the detergent efficiently.

Through the use of aluminum and its innovative components, the coffee maker was able to offer Italian a coffee with a new and original taste, completely different from what people were used to at the time. The origins of its name comes from the city Mokha in Yemen, one of the first and most well-known areas for coffee, particularly known for its fine quality Arabica. In order to be defined as a mocha, the coffee pot must be composed of four aluminum components (and a replaceable plastic handle), and it must have the characteristic octagonal shape.

Change cames in 1946 as Alfonso was succeeded by his son Renato, a man with a strong entrepreneurial spirit, which allowed him to radically change the company’s philosophy, from a purely logical craft to a production of industrial quantity. In fact, this was when the commercial distribution of the product begun. It was however, advertising above all, that became the turning point for the company. In 1953, an icon of a moustache was launched on the tv show, Carousel, an idea by the cartoonist, Paul Campani, which was inspired by the Renato Bialetti’s face.

There’s a noteworthy anecdote about when Renato met the Greek entrepreneur, Onassis. Renato was in a hotel in France ready to meet some clients, and he was afraid that he wouldn’t be able to close the deal and sell his machine because the coffee pot was still a novelty in France. At this very moment, Onassis passed by, and wanting to impress his client Renato approached him, introduced himself, and asked if when his clients arrived, he would come in and say he wanted to use his coffee pot. He was sure that Onassis wouldn’t go along with it, but he actually came back in, pat Renato on the back and said, “Renato, how are you? You know, I’ve never had better coffee than the one made in your coffeepot”, and that’s how it went.

On the occasion of his death in Turin on February 11th 2016, his children celebrated his life by placing a large Mocha pot with the famous moustache on the church altar, containing his ashes. It has been nearly 80 years since the brilliant invention, and today the mocha continues to be one of the many icons of Italy ’s cultural tradition. An icon that is Made in Italy and that represents the Belpaese , an icon that contains an irresistible please, a ritual that is an integral part of daily life for every Italian family. Bialetti, with its 100 years of solid experience, continues to tell the story of Italy ’s traditions through smells, tastes, colors and an aroma that makes you feel at home, where you can get a feel for family and the ritual of being together.

Italy in a coffee cup. At Italian Tarditions, the region of Campania smells like coffee: get a taste of the IT5 of the week.
Write a response 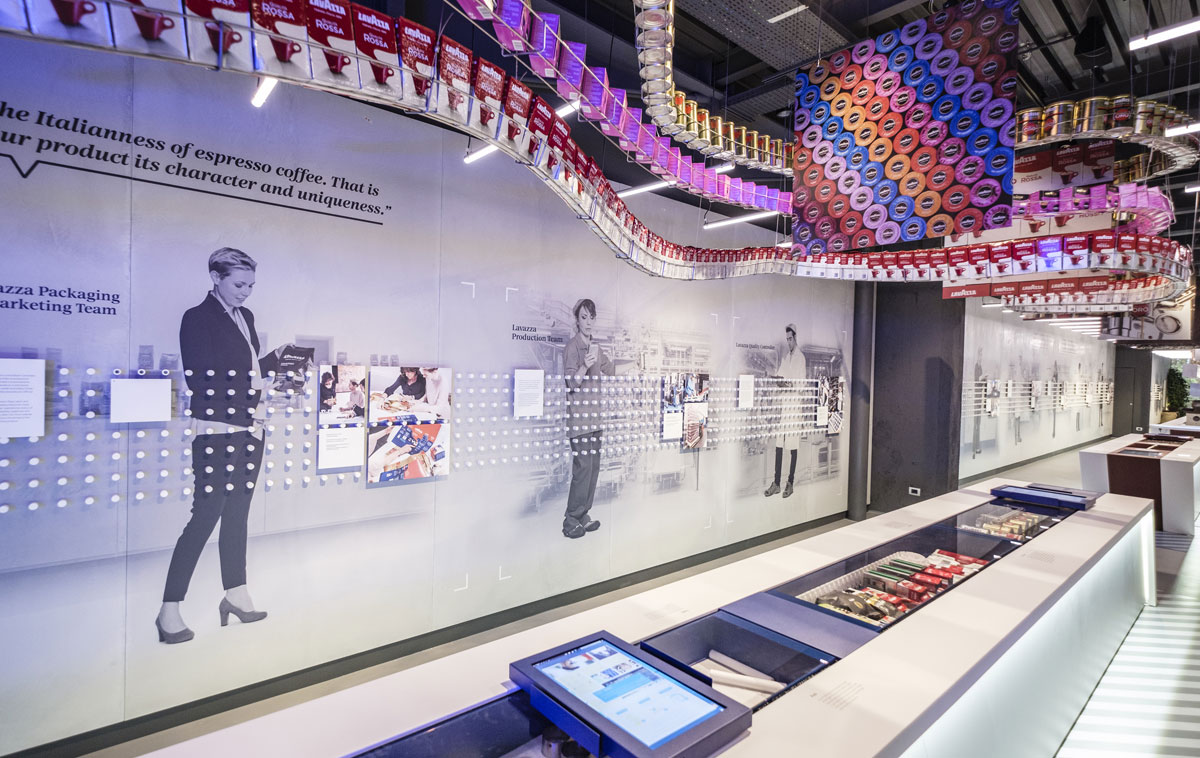