Italy is the country of culture and good food, but also the land that gave us the greatest musicians like the unforgettable Giuseppe Verdi, don’t you agree?

You just have to close your eyes, and listen in silence to the sweet notes of “Va Pensiero”, to be transported into a surreal atmosphere.

On the Italian music scene Verdi undoubtedly plays a role of utmost importance.

Just think, the musical pages and melodramas of which he was an author are stable in the current operatic repertoire.

Born in Roncole di Busseto from a humble family, from an early age he showed a particular musical inclination so much as to practice on an old spinet.

But there is more: at the age of fifteen he composed a symphony inspired by Rossini’s Barbiere di Siviglia, achieving one success after the other, so much so that at 37 his works were performed in theaters across Europe.

Giuseppe Verdi and his great operas

If you are a real connoisseur of classical and lyrical music, you will certainly know how many and which are the works that have made Giuseppe Verdi one of the greatest Italian composers of the nineteenth century, right?

But I still want to list the most famous and dear to  the hearts of Italians living in those years and in the appraisers of our times:

They are one more beautiful than the other, aren’t they? Capable of arousing indescribable and unrepeatable emotions!

Did you know that the famous composer of Roncole di Busseto also gave a valuable contribution to Italian politics? In fact, he was elected councilor of  the province of Piacenza.

But not only: from 1861 to 1865 he held the office of deputy in the first Parliament of the Kingdom of Italy, which we remember through the National anthem.

Married to Giuseppina Strepponi in 1859, Verdi lived part of his life on an estate in Sant’Agata, a fraction of Villanova sull’Arda not far from his hometown.

Many will remember him for writing a Mass in Requiem for the death of a great Italian poet, Alessandro Manzoni.

The last works he wrote were Otello and Falstaff, represented in Milan, where the musician had moved and where he died on January 27 1901.

His remains are  in the Musicians Rest Home in Milan, which he himself founded. 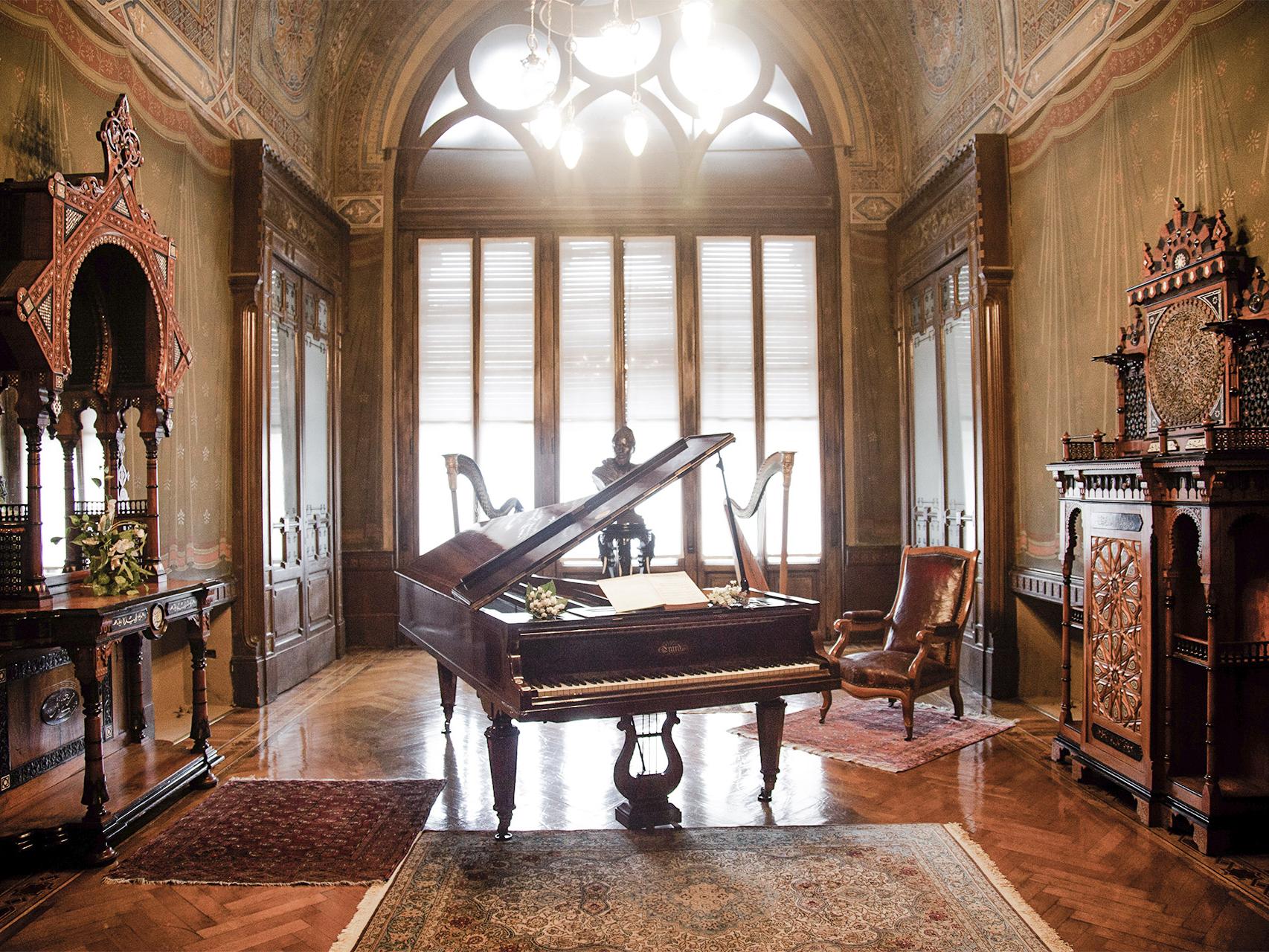 If you have not already done so, I suggest you visit Casa Verdi or Casa di Riposo dei Musicisti, it will be a truly unique and unrepeatable experience.

You will enter an atmosphere full of old memories, where everything tells you about the late Italian composer.

It will also be possible to visit the tomb of Giuseppe Verdi and that of his wife, from 8.30 a.m. to 6.00 p.m. Admission is free, but an offer is welcome.

If you have some time left, stop for a few hours also at Roncole di Busseto, where he was born and lived as a child: I assure you that you will not regret it.

You will like to know that it is a small village of about seven thousand people, rich in both natural and cultural resources, where you will be able to admire many interesting monuments and, above all, the Giuseppe Verdi Theater and the house where he was born, which houses a multimedia museum worth seeing.

How to get to Roncole di Busseto

By train, get off at the Busseto station, which is on the Parma-Fidenza-Cremona line. By plane, the nearest airport is Giuseppe Verdi in Parma.