In Italy there are many celebratory events that take place every year and that have as their theme the re-enactment of historical events. Among these in April, the “Federicus” – medieval festival that takes place in the town of Altamura in Apulia- stands out in terms of importance and participation. Actually, the Federicus represents an opportunity particularly felt by the population and followed by the many visitors. Italian Traditions will guide you on the discovery of this extraordinary event that involves the city in the province of Bari. Here we will explain what this commemoration consists of and we will tell you about its history. We will also present the events planned for the 2019 edition and the competitions that are part of the event. 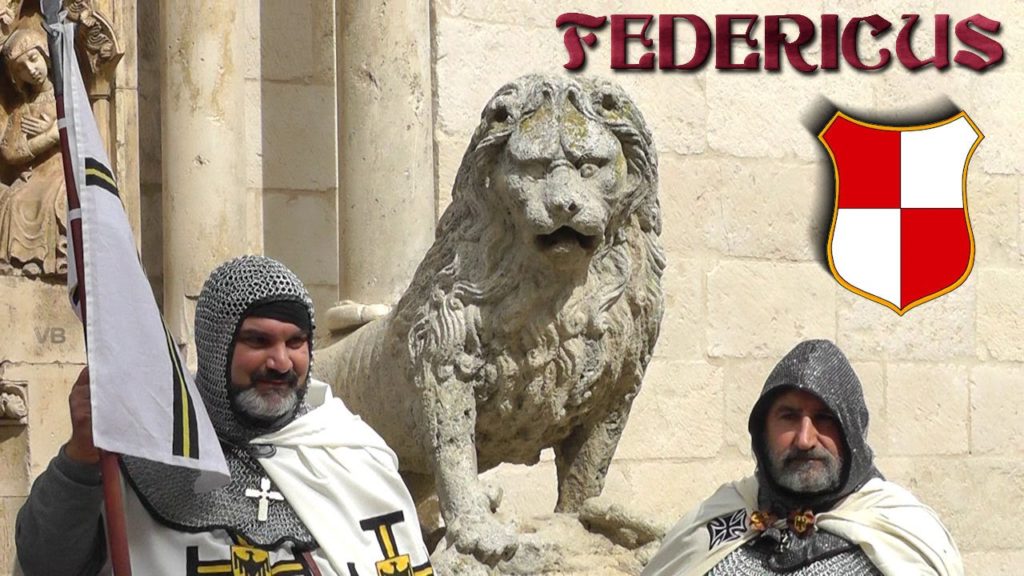 Federicus: the history of one of the most awaited events in Apulia in April

The Federicus is a medieval historical re-enactment, now in its eighth edition, which also this year will involve the city of Altamura, in the province of Bari, on April 25-26-27-28. The Federicus takes place in honor of Emperor Frederick II of Swabia, founder of the Apulian city. For the occasion, the historic center of the city is transformed and decorated in theme for four days. The event originates from the desire to enhance the territory of Altamura and is undoubtedly one of the Apulian events in April that most attracts tourists and enthusiasts of medieval history from all over the world.

Legend has it that Frederick II of Swabia, who was passing through the city of Altamura headed for Bari to sail to the Holy Land, left behind some soldiers who were suffering from malaria. They managed to heal thanks to the healthy air of the place. To celebrate the miraculous healing, the Swabian emperor had the Cathedral built which later became the seat of the secular and ecclesiastical power of the medieval city. 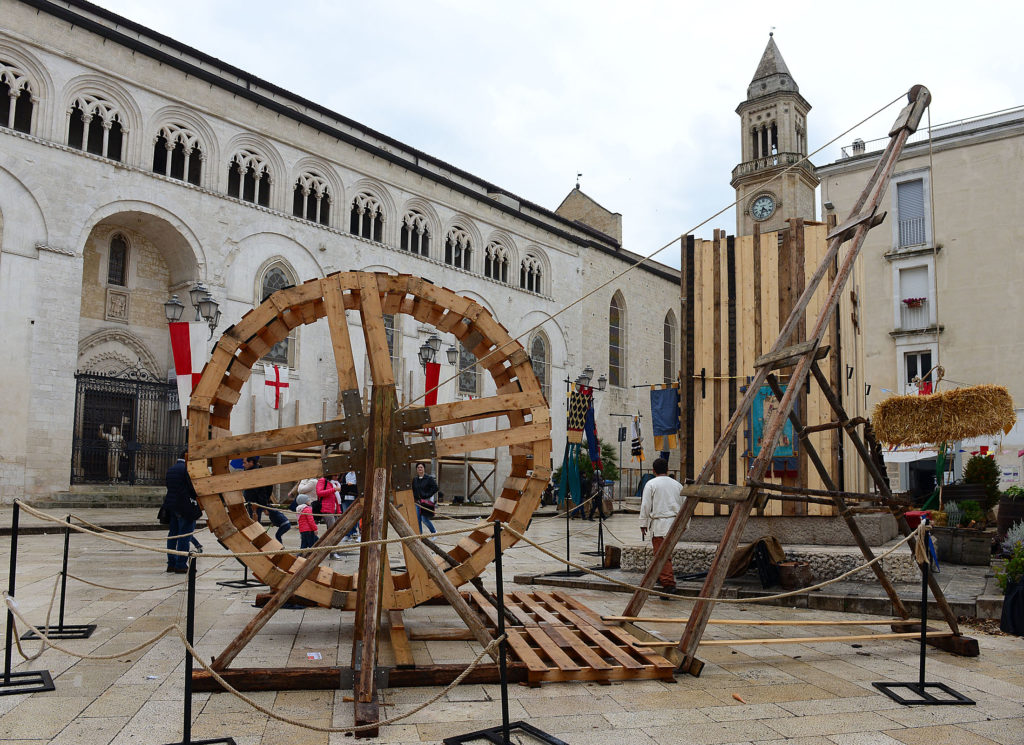 During the last weekend of April in the center of Altamura, a large medieval village has been set up with military garrisons, artisans, nobles and commoners who enchant the inhabitants and visitors from Italy and the world with exhibitions and events. One of the most suggestive events in Apulia in April is the parade of the emperor that takes place along the streets of the city among colored flags and the sounds of drums. Over 1500 figures represent the 4 civilizations that populated the city. These are 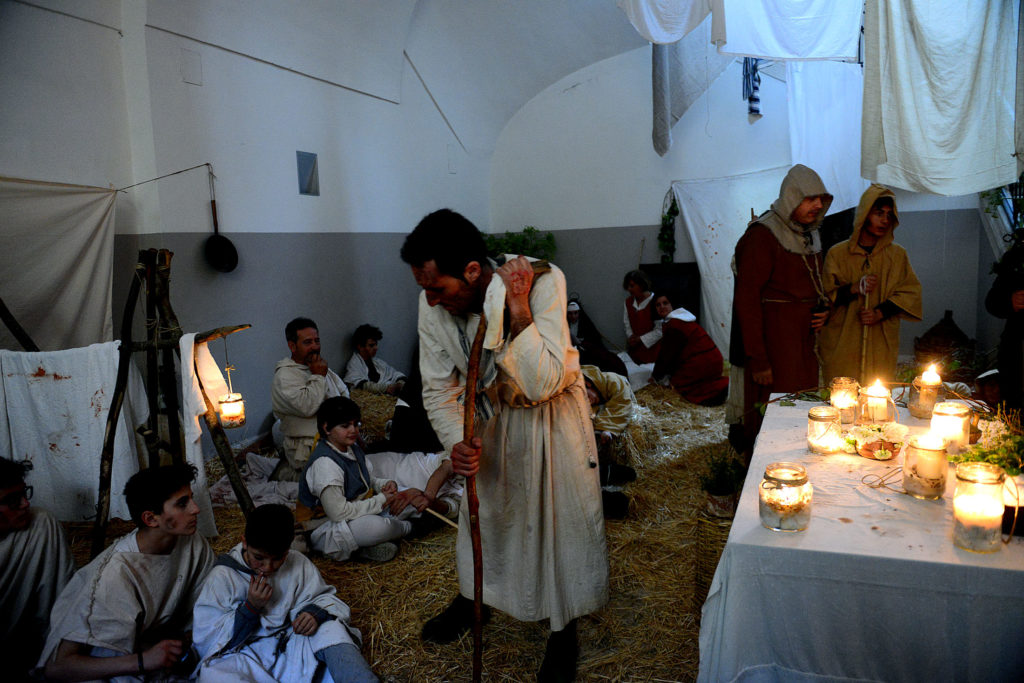 The national photo competition offers the opportunity to actively participate in the great medieval festival by immortalizing its essence through photographs. The competition is open to both professional photographers and amateurs. The best shots will be awarded and exhibited in the theme exhibitions held in the city. The competition jury consists of 5 members selected by the event’s executive committee. The verdict is announced on June 30th. The competition categories are three

The selection competition for Bianca Lancia 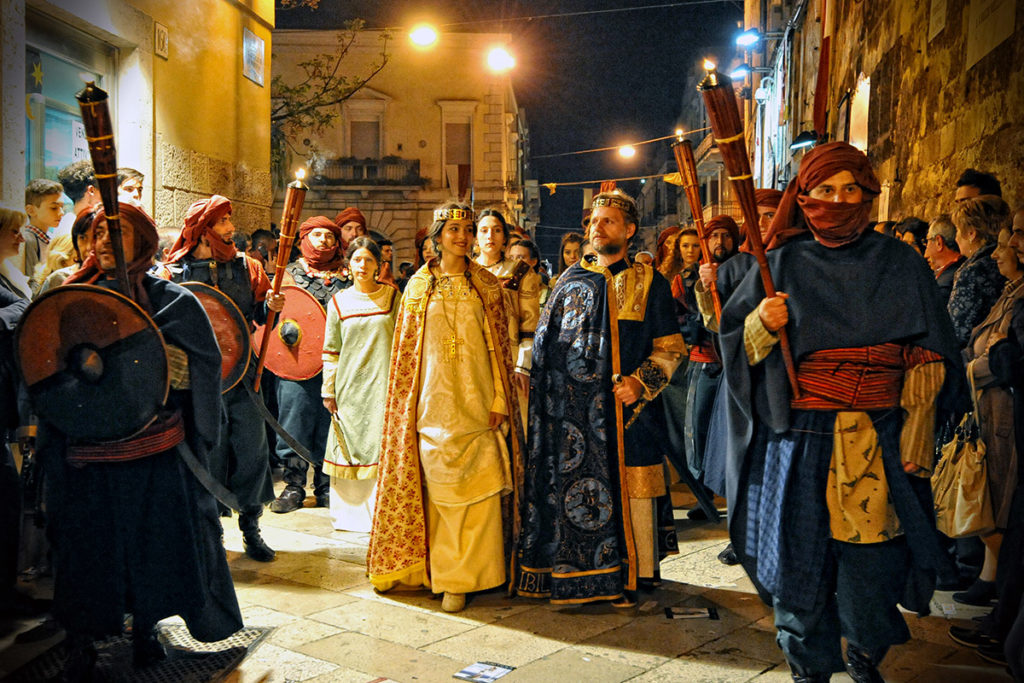 Every year, among the young women of Altamura, a girl is chosen to represent the figure of Bianca Lancia, a prominent character of the commemoration parade. The selection takes place through an open competition. Among the candidates 10 will be chosen and admitted to the next phase. This includes a series of shots taken by a professional photographer that are subsequently published on the organization’s Facebook page. The most voted by the public will have the privilege of playing Bianca Lancia.

Italy is known and appreciated all over the world for its glorious history and the Federicus is definitely one of the events in Apulia not to be missed in April, and not only for enthusiasts of medieval history and more.

Every year many events are held in the various Italian cities that aim to recall important moments of the past. This is particularly true of the events that have characterized the history of the Italian city where the event takes place. If you want to discover other interesting events, we suggest you read this article too. Now that you know all about the events in Apulia in April, you just have to organize your trip so you don’t miss it.