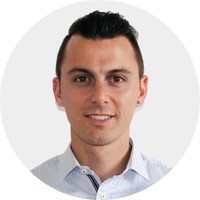 Thomas Bressani
Back in 1965, in Montegranaro, in the heart of Marche’s shoemaking district, the Fabi family founded a new business based on an ethic of fine artisan crafting.

The skilled hands of the brothers Elisio and Enrico, along with their wives Gina and Vilia, shaped their first men’s shoes whose classical, elegant style and superior quality materials immediately became the hallmarks of the Fabi brand.
In a few short years, Fabi’s business took off. A decisive factor of Fabi’s success has been its remarkable ability to reconcile tradition and innovation. In the 1980s, on the solid foundations of its already well-established success, Fabi expanded its horizons to find emerging markets, inspired by its desire to set its sights ever higher. Fabi had thoroughly established its reputation as a dynamic brand. Now, for almost a half century, Fabi has been putting its name to high class footwear for men and women. Fabi has become a perfect beacon of Italian-made design as a distinctive business, a promoter of elegant style, an astute observer of trends, always anticipating new ways of life. It then employs its enormous skill, absolute precision and meticulous crafting to best express these new lifestyles. Three hundred forty-four employees, including master shoemakers and artisans, work closely with specialists in IT technology and state-of-the-art machinery. Fabi’s current headquarters, in Monte San Giusto, opened in December 2004 and covers over 15,000 covered sq.m. It’s an attractive, dynamic modern work place, with ample space and lovely indoor green areas, making it a great place to work together! Every step of the process, from the idea to the design and from production to sales, takes place in house, which is what makes Fabi’s products unique and flawless.

Ours are discerning customers, who are confident in their choices, well equipped to appreciate superior footwear and love the refined details Made in Italy… Made in Fabi!
Write a response