Carnival in Italy? Here is one of the most ancient Carnival festivals

In Italy Carnival is one of the most heartfelt events and it is an occasion in which many cities hold events and parades that attract thousands of people. These events have become a tradition. Among the most significant carnival parades in Italy, we can find that of Fano, city of Marche in the province of Pesaro and Urbino. Italian Traditions will guide you on the discovery of this festival that takes place through the streets of the city on the days of 17th, February 24th February and 3rd March. Here we will tell you the story of this ancient celebration and we will talk about the carnival masks that are part of the tradition of Fano. Finally, we will explain how to reach and access the carnival. 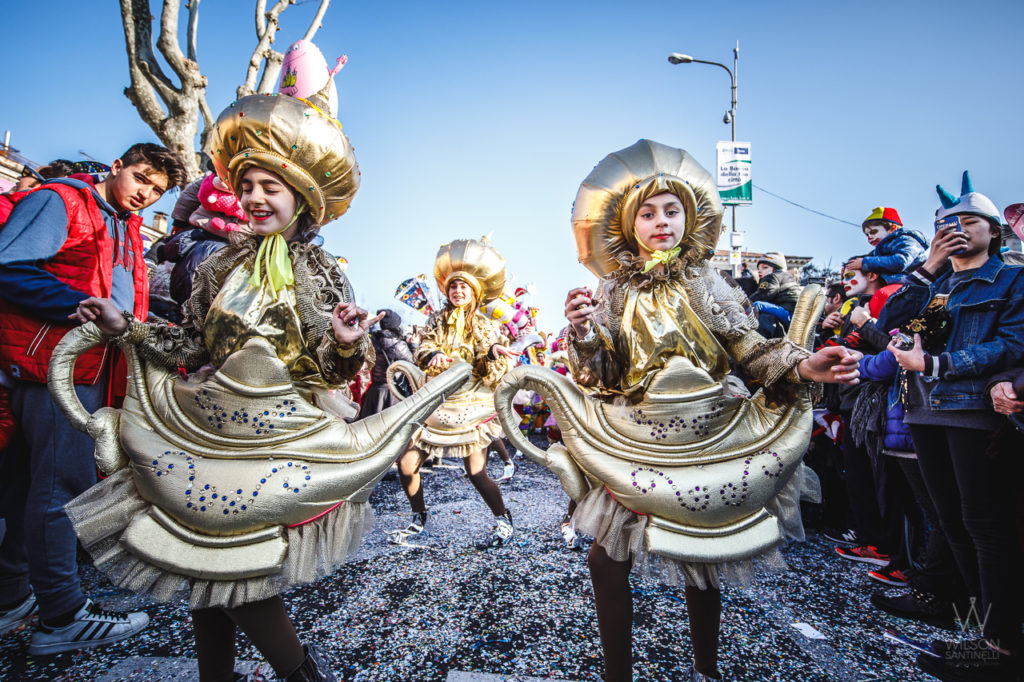 The history of Carnival in Italy, the one of Fano

The Carnival of Fano is one of the oldest in Italy. According to historical sources, it dates back to 1347. The origin is due to the celebrations at that time organized for the reconciliation between two important families of the city. On that occasion a sumptuous feast was held. Since then, began a tradition that still continues today. Starting from 1871 a committee was set up to deal with the management and organization of the event. The statute of the city recognizes it as un-renounceable celebration.

The program of the Fano carnival 2019

The 2019 edition is shaping up to be very interesting as there will be, after a few years of absence, the return of the author’s manifesto. This year it will be realized by the local artist Emanuela Orciari, internationally famous for her graphic works. The theme chosen for the 2019 edition is “The Colors of women”. The program runs along three consecutive Sundays, on February 17th, February 24th and March 3rd.On each of these days a great costume contest will be held through the streets of the city. During the three editions there will be a parade of floats from which sweets and candies will be thrown. 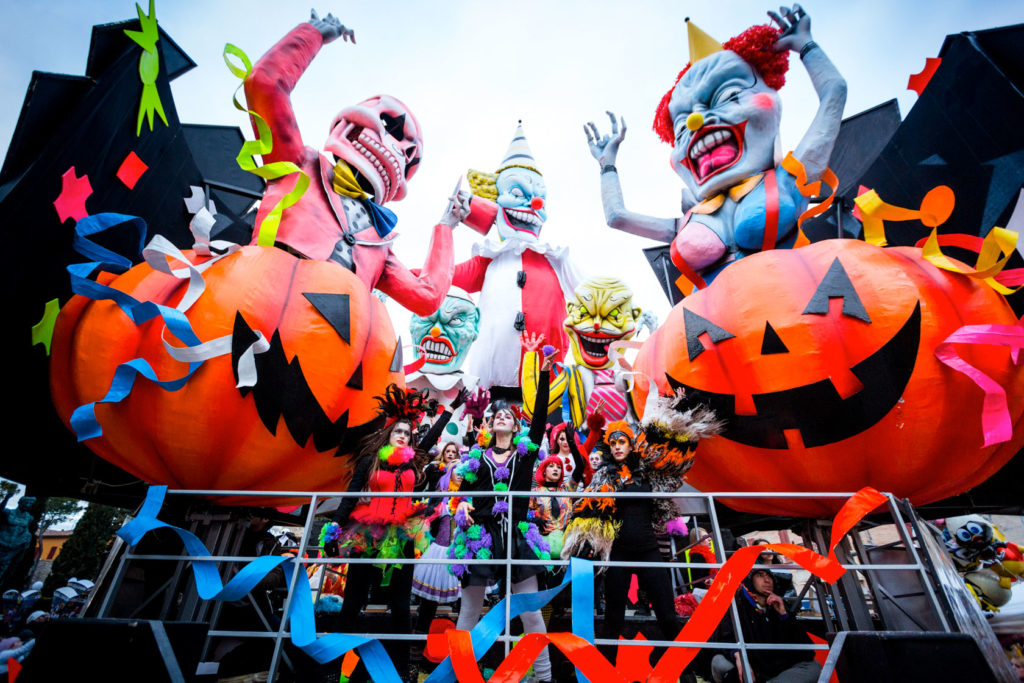 The masks of the Fano carnival

Carnival in Italy is always full of events. In Fano, as in other Italian cities, there are typical traditional costumes and the most anticipated character is the “Pupo”. The Pupo is not a mask of the local tradition but, from year to year, symbolizes a caricature of a famous character, or it evidences vices, faults and weaknesses typical of the moment. 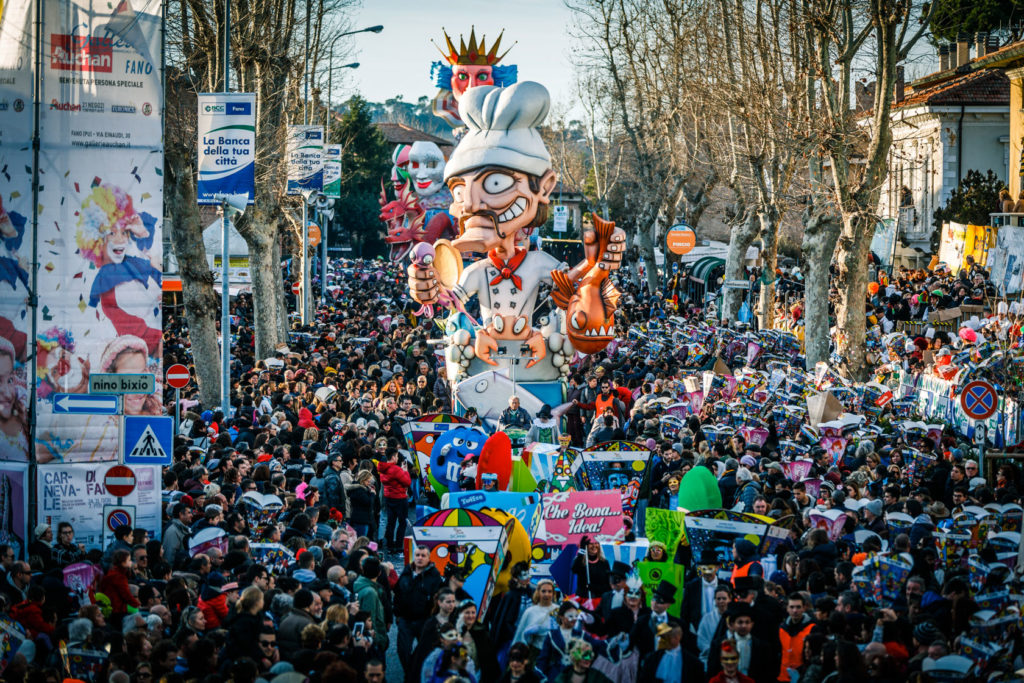 The carnival also features the highly anticipated performance of the locally famous “Arabita Music” band which continues a tradition started in the early years of the 20th century, by further animating the Carnival playing an original symphony with very particular instruments such as cans, jugs, pots and coffee makers.

Tickets to attend the Carnival of Fano can be purchased online or at some selected stores in the city. The price for the entrance to the event is 15 euros for gallery tickets and 10 euro for the mere access to the area. There are also reduced tickets at the cost of 7 euro. 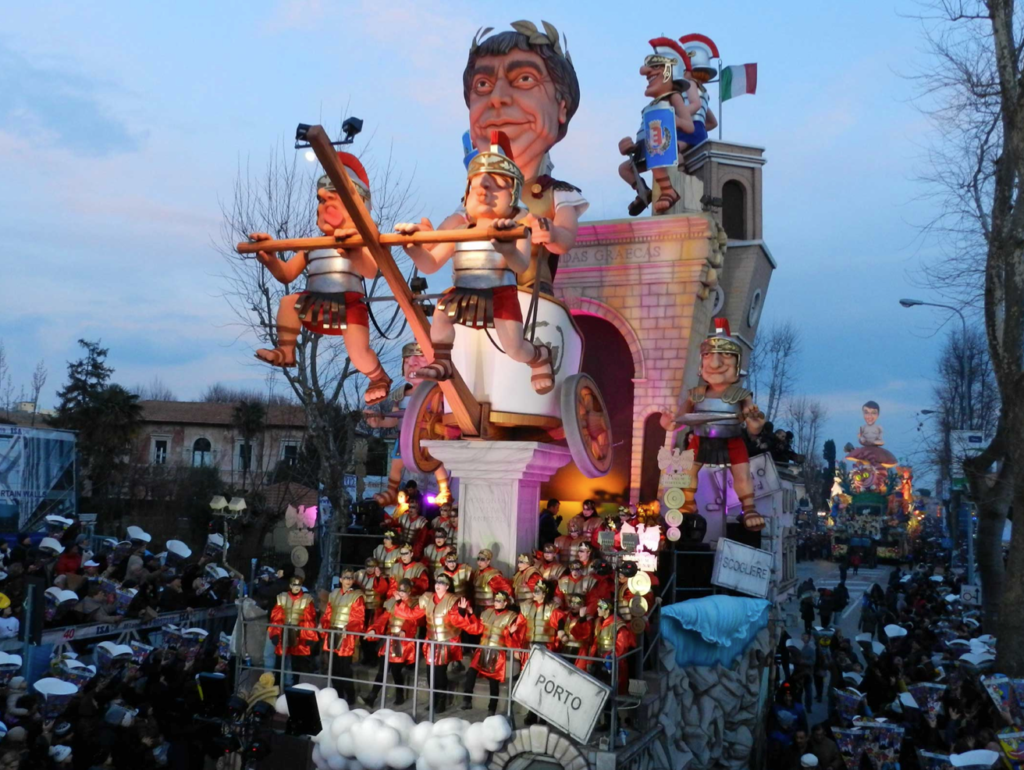 Fano is located 20 kilometers from Pesaro and 50 from Ancona and Rimini. You can reach it by car via the A-14 motorway. Alternatively, you can reach it by train. In fact, the station is connected with the main Italian cities.

Even today during the carnival period in Italy the cities hold parades and celebrations dedicated to this festival. Some of these boast a very ancient origin and carry on these traditions every year. If you want to discover other events happening around this time of the year in Italy we recommend you to read this article. Now that you know the carnival of Fano you just have to participate in this fascinating event.