Matteo Vergani
Land of the most beautiful and envied mountains in the world, Trentino-Alto Adige is both the northermost and the most mountainous region of the Belpaese and one of the least densely populated. Its territory has an unique and precious environment, where ancient castles, majestic mountains, green valleys and fairy villages alternate views that barely seem real. Rich of culture and traditions, the Trentino is one of the most popular mountain areas by hikers from all over Europe, boasting places of rare beauty and natural interest. Italian Traditions found for you 5 absolutely must-see destinations  of this magical land, hidden treasures in the thick woods and on top of the highest mountains, but they are worth all the effort required to achieve them.

Also known as the Queen of the Dolomites, it is a mountain range of the Alps between Veneto and Trentino, whose highest peak is Punta Penia (3.343 m). It is one of the best places in the world for downhill skiing, but mostly it is considered the paradise of mountaineering: in fact, this peak was the star of the first ever made climbing, and since that has become the international climber destination because of  its famous south wall. The whole area offers numerous opportunities for hiking, walking, climbing in the mountains, some with historical and cultural interest: is it worth it to visit the caves and the trenche of Serauta dug by Italian soldiers during the First World War.

Ancient land of witches and hunters, the Genova Valley is a hidden valley consisted in narrow walls and steep slopes covered by dense forests of deciduous and coniferous trees. A further quote the valley becomes more open to finish in the spectacular cirque walls and glaciers that come down to the valley in the form of rivers and streams, because of the particular shape of the area, creating numerous and spectacular waterfalls. In winter the Val di Genova offers the vision of a surreal landscape, surrounded by silence, lit by the transparencies of the enormous frozen waterfalls that stand out on the rocks as dumb giant.

The Passo Pordoi is a majestic mountain pass in the Dolomites, one of the four steps of the famous Dolomites Road, built in the early ‘900 to connect Bolzano to Cortina, and encourage the development of tourism in the Ladin valleys. Pordoi are linked to important pages of our history from the battles of the First World War, witnessed from the Cemetery by German, to Maria Piaz, sister of the famous alpinist Tita Piaz, and pioneer of tourism in this area. Pordoi did then the backdrop for numerous stages of the Giro d’Italia, and still in summer is an ideal starting point for spectacular hiking, climbing or walking.

Lake Tovel is an alpine lake in Val di Non, located inside the Natural Park Adamello-Brenta. It was in the past also called Bear Lake, given the presence of these rare giants of the woods on its banks, and even today, despite not happen again, he is remembered for the unique phenomenon in the world of bloom cessation.  Until the mid-60s, in the summer, a certain alga surfaced on the surface, and the body of water appearedin a bright red color. Today, thanks to its wealth of flora and fauna and its legendary history, it is one of the most beautiful natural jewels of the whole Trentino. 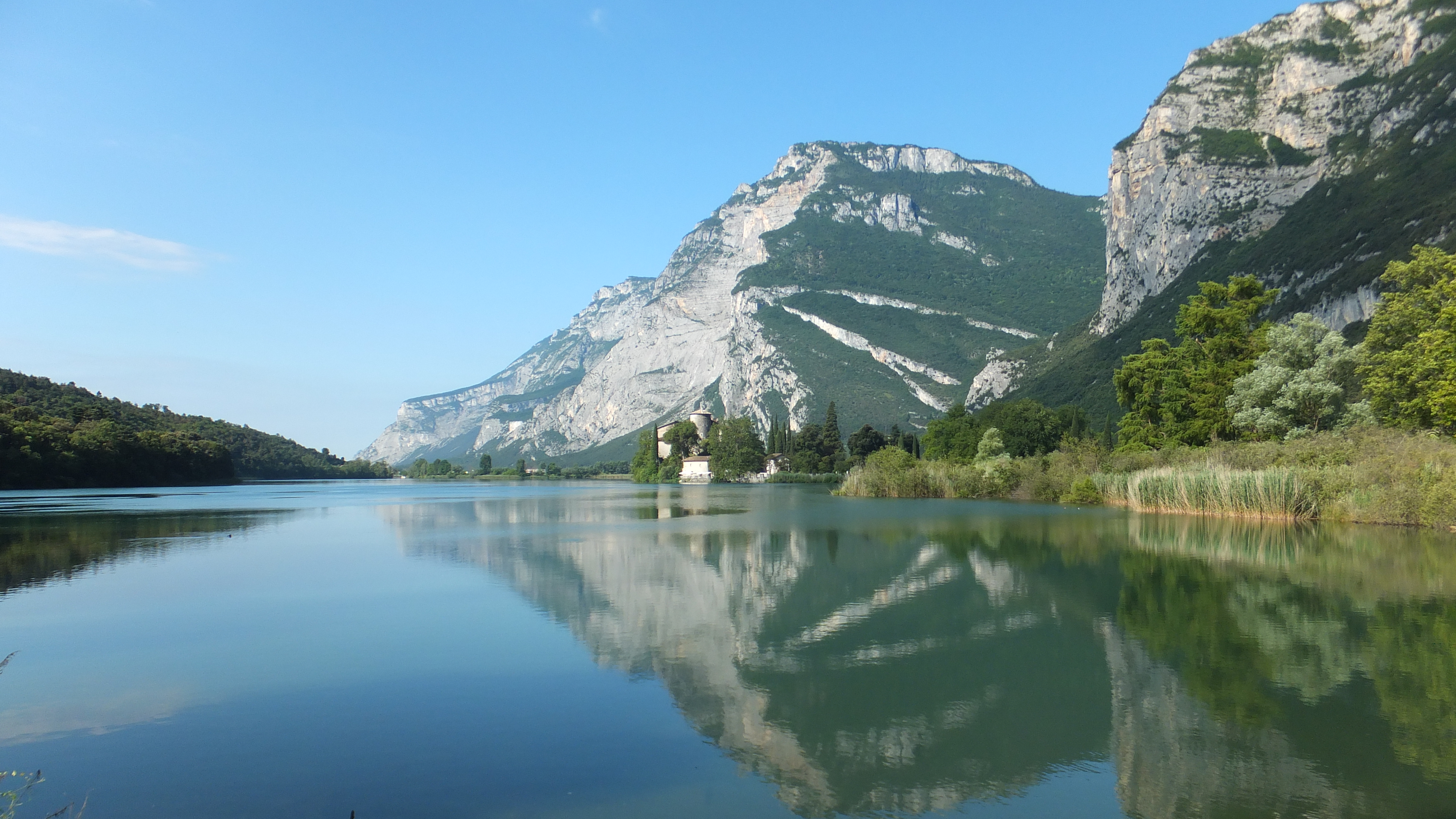 The fairytale Lake Toblino, in the famous Valley of Lakes, in Trentino is considered the romantic destination par excellence accompanied by a background of aromas of lemon, olives and rosemary. The water framed by the majestic barrier of mountains make of lake the dream scenario. On a spur of rock overlooking the water it is then Toblino Castle, a magnificent sixteenth-century fortress for centuries the center of many legends. Today the Toblino Castle features a popular restaurant and is only accessible to guests. A unique place where a Mediterranean vegetation gives way to the majestic alpine walls.