On September 10th, the Rai TG was broadcast for the first time

Some dates remain indelible in the collective memory because they have meant important changes in the course of history. One of these is September 10th. On this day went on air the first TV news broadcast by state TV from Milan. Its broadcast revolutionized the world of television and communication. Italian Traditions will tell you about this event and the history of the news broadcast that still informs millions of Italian citizens. We will also present the main directors and Logo’s that have characterized the program over the years.

The history of the First TV NEWS

The Rai news program was the first to be broadcast in Italy. It was broadcast for the first time, and on an experimental basis, on September 10th, 1950, precisely at 9 pm, from the Milan studios. The first news referred to the Historical Venice Regatta. It should be noted that on this occasion Stalin’s death, which had happened 6 months earlier, was also announced. The Tg in its regular format was broadcast on January 3rd , 1954 at 8:45 p.m. The director was Vittorio Veltroni. The news program lasted for around 15 minutes. 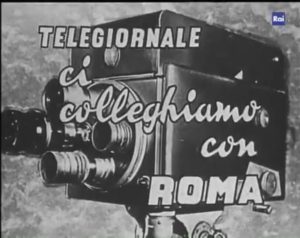 What is a newscast?

It is a television broadcast that communicates the main events of the day. In particular, it consists of a type of journalistic information. The news can be read either directly by a journalist or enriched with videos and in-depth images. There are also short films in the form of television reports by the on-site correspondents. This is still today one of the most important broadcasts to be transmitted on general television. 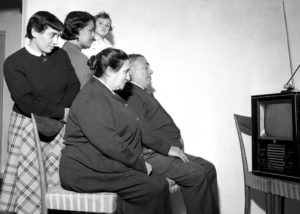 Over the course of history, several directors have headed the news program. The first Italian Rai news program was directed by Vittorio Veltroni. The editorial staff was composed of Furio Caccia, who was in charge of internal news and politics, Fausto Rosati for sport and foreign news. There were also two camera operators, an editor and 5 correspondents in the capitals of northern Italy. Veltroni’s assignment lasted until 1956. From then until 1976 there were another 6 people in charge of the Tg. These were: 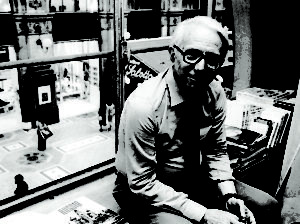 Times have definitely changed. A testimony of this can be found in the historical logo’s of this transmission. In particular, the one used until 1954 which was certainly very simple and basic. In fact, it was a camera lens with the Rai wording superimposed in the foreground. Until 1957 a melody composed by Egidio Storaci accompanied a globe of the earth with the text Telegiornale which cast a shadow on the planet. The last one used in 1976 had a slowly spinning globe.

The Italian television communication was born with the transmission of the first newscast on the Rai channels. The event was a fundamental moment in the history of television in our country. If you want to know more about other important historical events we advise you to read also this article. Now that you know when the first Italian RAI news was born, all you have to do is look up this first edition.