History and recipe of this Italian cake for father’s day

In Italy some typical gastronomic products of the territory are prepared on the occasion of certain celebrations. These products are made only at certain times of the year. An example is the zeppole of St. Giuseppe, a typical Neapolitan dessert that is traditionally eaten on the occasion of Father’s Day which is celebrated on March 19th. Today it is also prepared in other Italian regions but history attributes the birth of this dessert to the city of Naples. Italian Traditions will guide you on the discovery of the history of the origin of this traditional dessert. Finally, we will explain how to make it.

What are the zeppole of San Giuseppe?

The Zeppole of San Giuseppe are a typical cake of southern Italy and in particular of Puglia and Campania. It consists of a fried bigné filled with pastry cream. They were originally fried in lard, while today it is much more common to use olive oil. This is a typical dessert prepared on the occasion of St. Joseph and for this reason it bears this name. They were once prepared directly on the street by the pancake hawkers.

The origins of this Italian cake

The first official recipe for this Italian Father’s Day dessert, that is the zeppole of San Giuseppe, is the one found in the treatise of Theoretical-Practical cuisine of the gastronome Ippolito Cavalcanti. In 1834 he wrote the recipe in the Neapolitan language in his book. 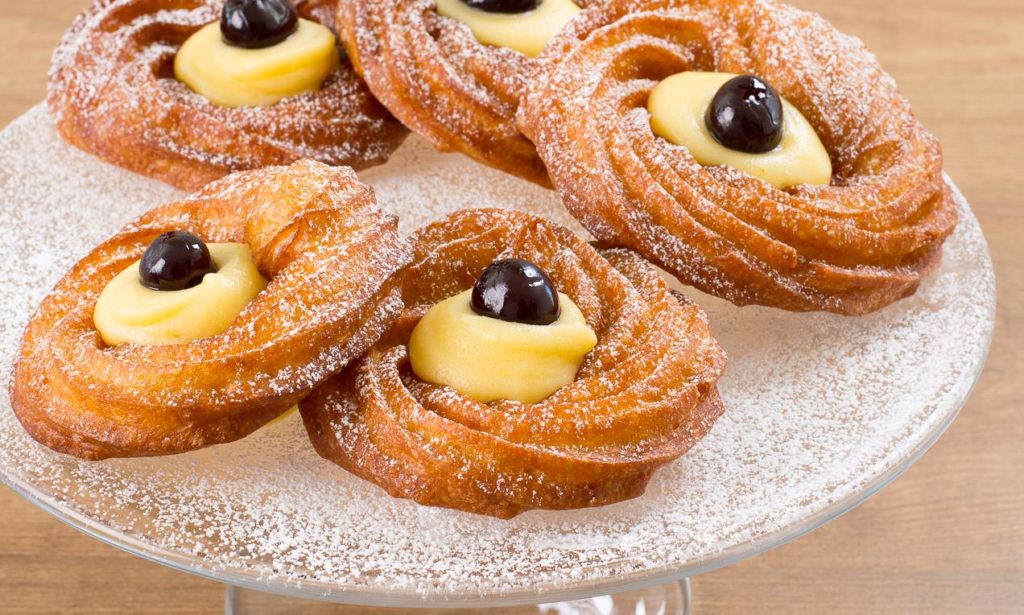 The first legend concerning Zeppole is of Christian origin. Their birth dates back to the escape of the Holy Family to Egypt. It is said that Joseph, to earn a living for Mary and Jesus, worked both as a fryer and a carpenter. A second legend instead attributes their origin to the city of Rome during the celebration of the Liberalia. These were celebrations organized by the Romans to honor the deities of wine and wheat. So, the zeppole that today bears the name of San Giuseppe are the descendants of the Roman fritters.

How to prepare the zeppole of San Giuseppe?

To prepare the fried zeppole, first you should start by preparing the custard for the filling. Heat the milk and cream together with the vanilla pod until they boil, then leave to cool. Separately, beat the egg yolks in a bowl and add the granulated sugar, mixing it all together. Add the cornstarch and mix well, remove the vanilla pod and pour the milk into the bowl a little at a time, stirring constantly until you get a thick cream. Put the cream on low heat for about ten minutes, continuing to mix with a whisk. Allow to cool to room temperature. Now, it’s time to move on to the choux pastry. Pour the water into a large pan, add butter and salt and put on a low heat until boiling. At this point add the flour and stir until the mixture comes off the sides of the pan. Turn off and pour into a bowl, beat three whole eggs mixing continuously (a wooden spoon is better). Let it rest in the fridge for 30 minutes. 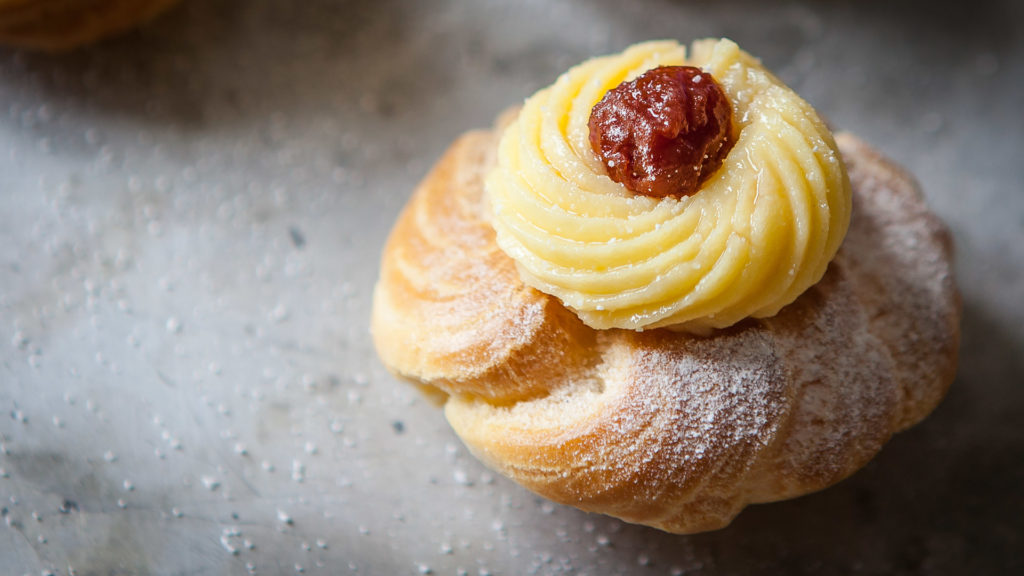 Make 8 cm squares with some baking paper. Put the mixture in a sac a poche with a star-shaped tip and, with a spiral motion, form 10 cm discs of pasta onto the squares of baking paper. It’s time for frying. Use two frying pans with large amounts of oil that you will bring to two different temperatures: 130°C and 180°C respectively. In the first one you will fry the zeppole gently so they rise evenly. You will then pass them into the pot at 180° C for the browning. Immerse no more than 2-3 zeppole at a time, making the double passage in the boiling oil. Once browned, drain and leave to cool. Make a cup, sort of, overlapping two fritters.

On the donuts obtained add a blob of custard, at least 3 amarena cherries and sprinkle with icing sugar.

The zeppole di San Giuseppe are a typical dessert that is prepared in some regions of southern Italy on the occasion of Father’s Day which is celebrated on March 19th. Today this cake is also prepared in other regions of Italy. If you want to discover other traditional recipes, we suggest reading this article. Now that you know all about the zeppole of San Giuseppe there is nothing left but to taste them if you have not yet done so.