Home > History and Legends > The main oddities of the Italian language
0
0
Search
Share the article:

Some of the particularities present in the use of Italian

The Italian language is considered very complicated from a grammatical point of view. This is due to the presence of some peculiarities. Italian Traditions will lead you on the discovery of the strangeness of the Italian language and the curiosities concerning this topic. Here you will be able to find out about false friends, or those words or phrases that are similar in various languages ​​but with different meanings. Finally we will show you some examples of cases of homonymy in our language.

These are various types of features that characterize the Italian language. Some of these concern the grammatical aspect of words. Particularly with regards to the way in which they are written. Furthermore, an unusual aspect is also that concerning the use of the accent system.

When the terminal letter of a word is a, i, o, u the accent is always grave. If the vowel is located within the word and in all the other cases concerning the vowel “e” the choice between acute or grave depends on the open or closed pronunciation.

All the polysillabe truncated words must be accented. Moreover, with regard to the verbal tenses, the first and third persons of the future indicative are accented and the third person of the indicative remote past of certain verbs. Its use in typography was introduced based on the type of use it had in ancient Greece.

Those wondering about the main oddities of the Italian language cannot but first observe its grammatical structure. One of the main disputes concerning Italian grammar concerns the use of qual è o di qual’è . The correct one is the first of the two because it is a truncation of the word quale. As for conjunctions and, or, and preposition a, the addition of d is used when the next word begins with a vowel. 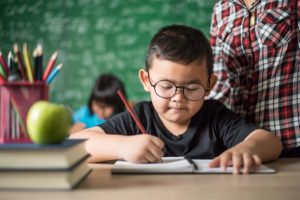 These are terms that have a certain resemblance from the morphological and phonetic point of view with those present in other languages. This is due to the fact that they have a root of similar origin but which then has a different meaning in each language. In fact this situation is more common among the languages ​​that are historically related to each other. Some examples can be found above all in these languages:

Another particular phenomenon of the Italian language concerns the presence of some words that refer to different objects but which have the same name. This is defined as homonymy. But often this is due to a translation of a term into our language. An example is the case of the word Reno which indicates both a river in northern Italy and one in central Europe. In reality, the second is Rhein and is actually translated into Italian with Reno.

The Italian language has many particularities that make it particularly interesting. This makes it not easy to learn and very probably limits its diffusion. If you want to know other interesting information we recommend reading this article too. Now that you know some oddities of the Italian language, you just have to find out about the others.