Home > Museums & Monuments > The most famous monuments in Italy, between History and Hedonism
0
0
Search
Share the article:

Italian monuments are known all over the world for their incomparable beauty. Everyone knows that the peninsula boasts countless monuments and it is home to so many artistic masterpieces that it is considered the cradle of the most important cultural heritage of the world, and rightly so. It can be said that the entire Italian Peninsula, from North to South, is a real triumph of Great Beauty, always sought after and exalted over the centuries, expressed through the arts and architecture.

As a consequence, making a selection among the Italian monuments is a really difficult task. However Italian Traditions has tried here to choose five monuments, among the most famous in the country, representing, for one reason or another, also a true triumph of Beauty. 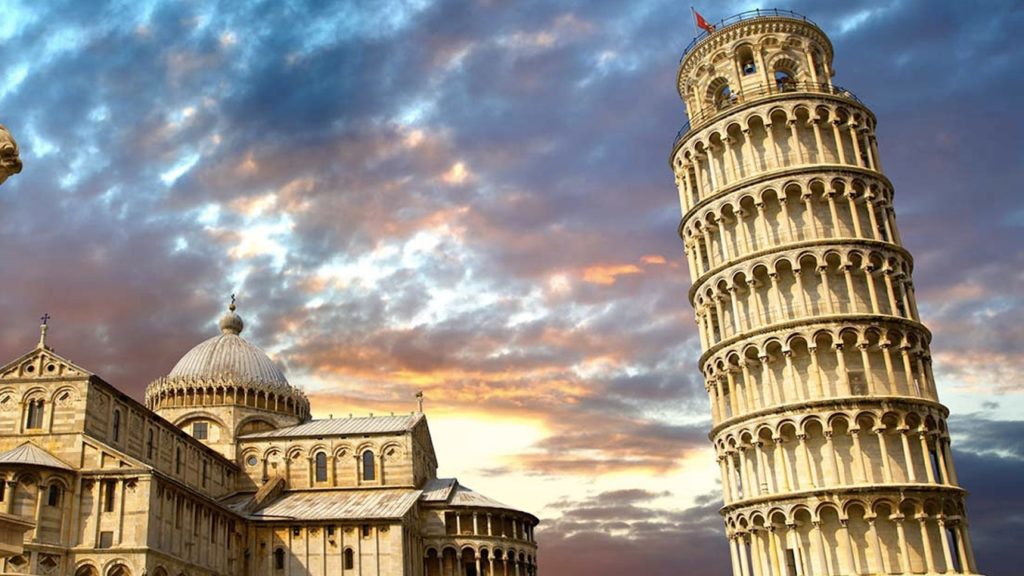 The leaning Tower of Pisa is undoubtedly one of the most famous monuments in Italy, known throughout the world, not just for its architectural beauty, but also for the strong (and unintended) tilt that characterizes it. The Tower, 57 meters high, is located in Piazza del Duomo, and is actually the bell tower of the Cathedral of Santa Maria Assunta. Built in 1173, the tower has a curved line structure, with arches and loggia, and has two rooms: the Sala del Pesce (the Fish Room) and the Bell-Chamber. Its tilt, is 3.9 degrees with respect to its vertical axis and is due to the subsiding ground below. For its beauty it has been proposed as one of the “Seven Wonders of the Modern world”. 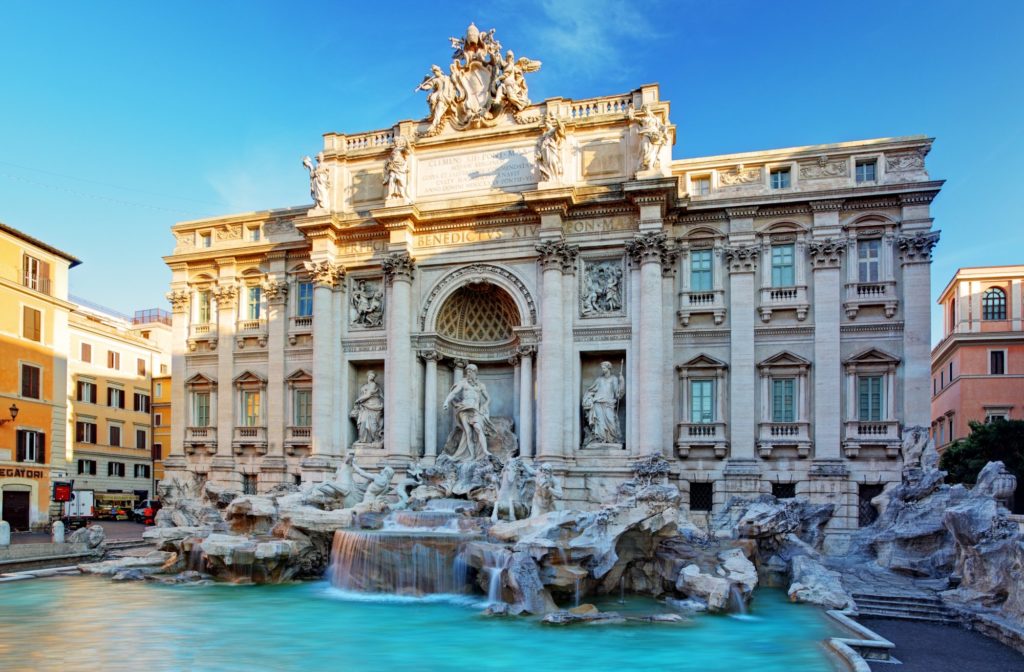 Designed by Nicola Salvi in 1732, the Trevi Fountain in Rome is another of the Italian monuments that represents a triumph of architectural beauty able to transcend the same intended use and functionality of the monument itself. The Fontana di Trevi, in fact, is considered one of the most beautiful fountains in the world, thanks to its baroque design, which can be considered decidedly “spectacular”. The Fountain was inaugurated, after a long period of work and the realization of the group of sculptures that stands at its centre, in 1762, with the use of travertine, marble, plaster, stuccoes and metals. 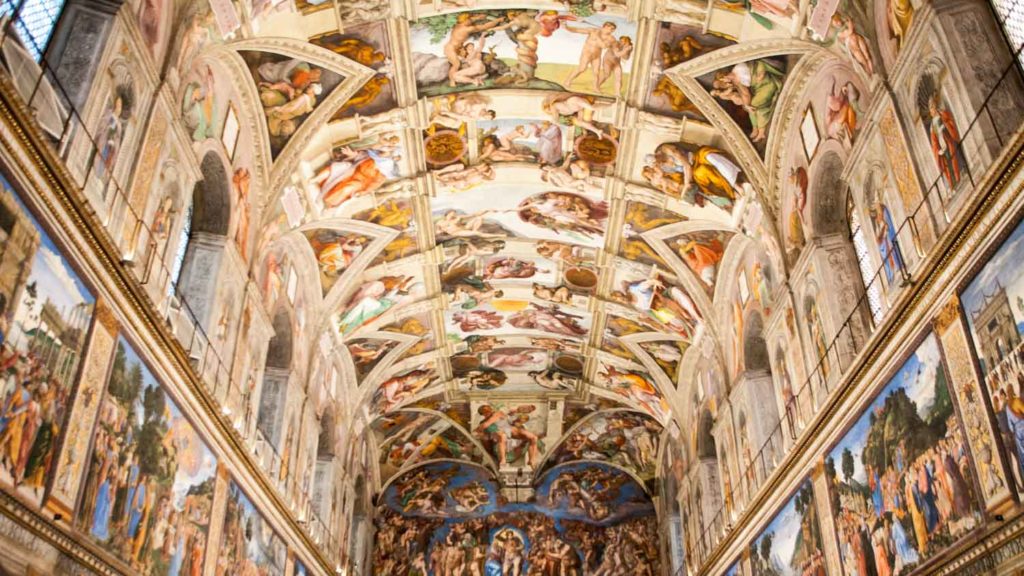 The Sistine Chapel, which owes its name to Pope Sixtus IV della Rovere, is the most important chapel of the Palazzo Apostolico in Rome, and represents one of the most important Italian monuments and artistic masterpieces of the Vatican City. Built between 1475 and 1481, the Sistine Chapel is known for being decorated with one of the world’s most popular and well-known works of art. The vault and the back wall, in fact, are decorated with frescoes by Michelangelo Buonarroti, Sandro Botticelli, Pietro Perugino, Domenico Ghirlandaio and Luca Signorelli. The Pictorial feat of the greatest masters of Italian painting was supported by their respective workshops, and by numerous other collaborators, who were engaged from 1481 to 1482. The decision to entrust Michelangelo Buonarroti, in 1508, with the task of frescoing the vault was made by Pope Giulio II della Rovere , who inaugurated the Chapel in 1512, consigning to history the representations of the stories of the Genesis, the Creation and Fall of man and the Great Flood. 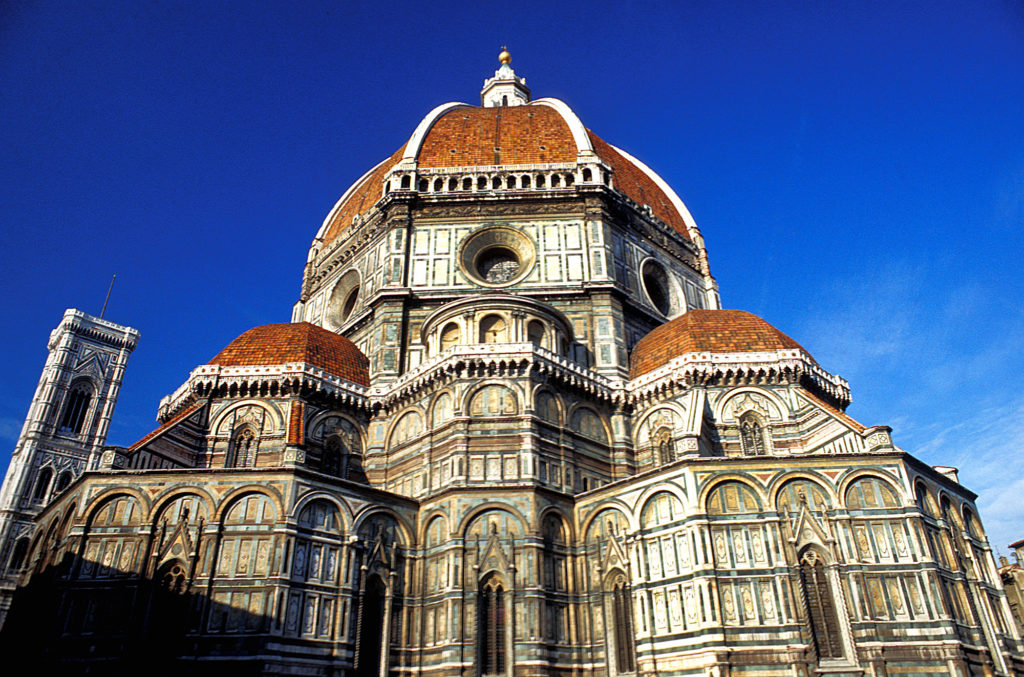 Built in 1296, the Cathedral of Santa Maria del Fiore is not only one of the most important and famous monuments in Italy and among the most appreciated historical ones in Florence. It is also a real tribute to beauty and elegance declined through art and architecture. The majestic building, surmounted by the Dome designed by Brunelleschi, is an admirable example of coexistence of Romanesque and Gothic style declined through renaissance taste. The Dome, among other things, preserves the splendid frescoes made by Vasari, while the stained glass windows depict the Coronation of the Virgin of Donatello, the Nativity and Resurrection of Christ by Paolo Uccello, the Deposition of Christ by Andrea del Castagno, and others Moments of the Life of Christ made by Ghiberti. The splendor of this building is complemented by the elegant façade of white, green and red marbles, Giotto’s bell tower, and the Baptistery with its bronze door and mosaics that represent the Genesis, the life of Mary and Jesus, the life of St. John the Baptist and the Last judgement. 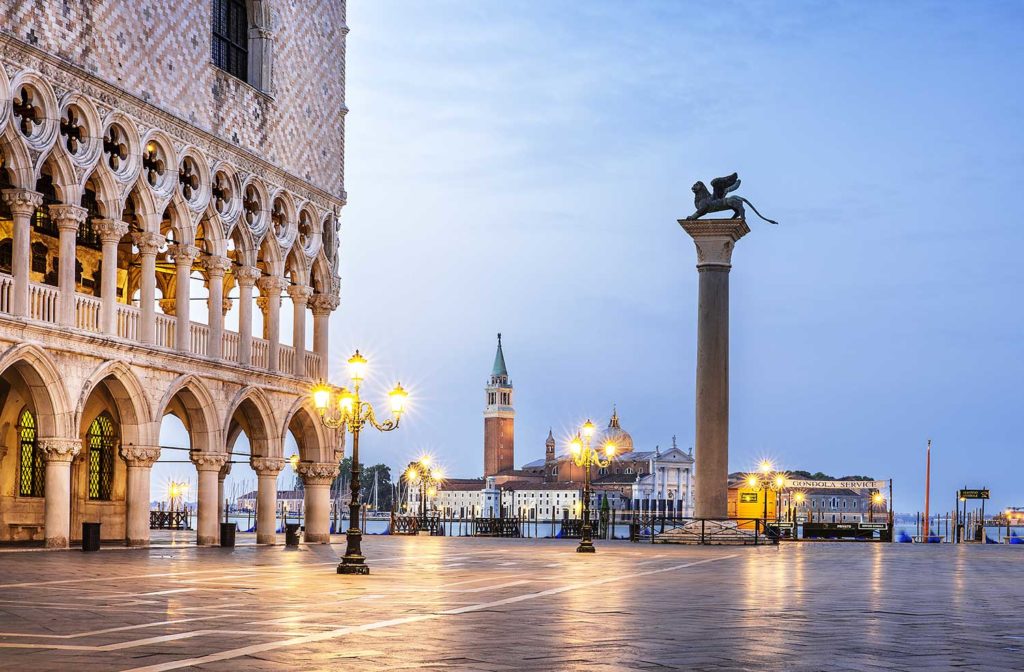 In Venice, Saint Mark’s Square represents a true hymn to beauty. The famous square, is in fact, overlooked by the monumental complex of the Basilica di San Marco with the bell tower, as well as the old and new Procuratie. The Basilica of Saint Mark triumphs with its façade dating back to the 13th century, rich in mosaics, bas-reliefs and a large number of architectural elements from other monuments that were used to make it even more sumptuous. The two side doors, inspired by the Arabian style, add an additional touch of exotic beauty. The Bell Tower, however, built between 1156 and 1173, stands near the monumental entrance of the Doge’s Palace, and the Loggia designed by Sansovino. At a short distance, between the little Piazzetta dei Leoni and the Procuratie stands the Torre dell’Orologio (Clock Tower), whose construction was finished in 1490. The Tower, equipped with a portico that connects the Square with the Calle della Merceria, incorporates the small weir of San Basso designed by Baldassarre Langhena. The old Procuratie once the prosecutors’ headquarters in San Marco, instead, dates back to the 16th century, and closes off the square with a long train of porticoes, overlooked by the historic Caffè Quadri and Florian.