Home > Holidays and Traditions > Easter in Italy: the most curious traditions in Italy North to South
0
0
Search
Share the article:

Easter in Italy is surely one of the most suggestive periods in which to admire and enjoy the ancestral side of the country’s culture. The Easter traditions in Italy are many and have fascinated locals and tourists of every generation for thousands of years.

On occasion of Easter, cities and villages in Italy prepare for the celebrations of the Holy week, bringing back customs that in some cases are really curious, and have been handed down from ancient times. Easter traditions and customs in Italy, however, change according to the geographical area of reference, and are expressed in rituals, processions, dances and games that often evidence huge differences between North and South. 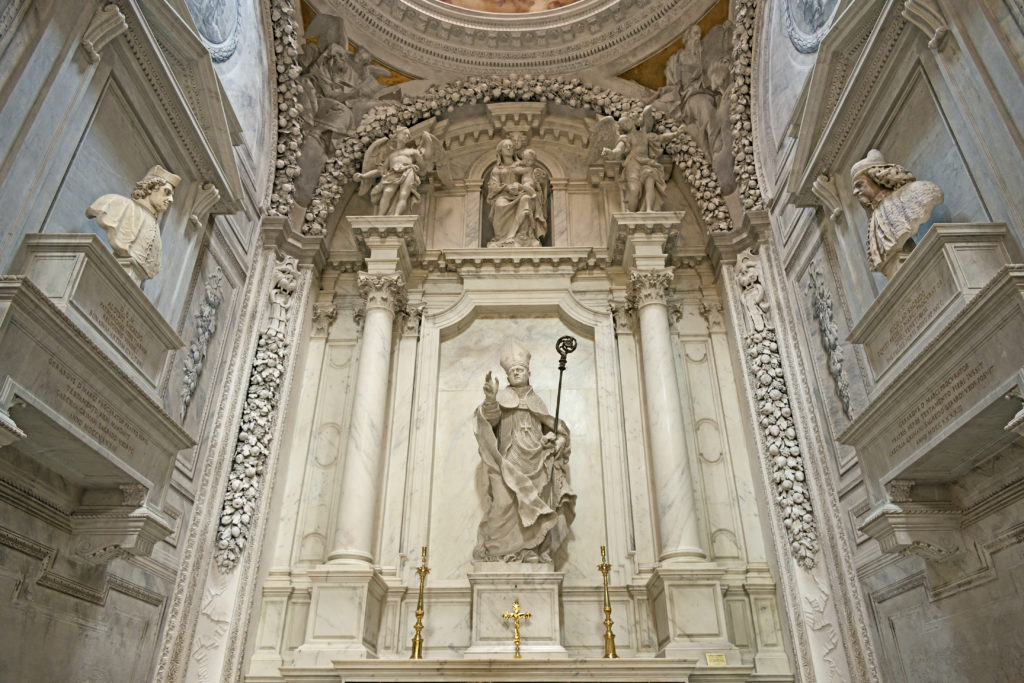 In the city of the Lagoon there is a distant tradition linked to the crucifix in the Convent of San Francesco della Vigna, a work that embodies the extreme suffering of Christ in Passion and the despair of the Son of God that the Venetian people were said to hear screaming, just as written in the Gospel of Matthew. In fact, it is a crucifix equipped with a mechanism that allows the movement of the statue’s tongue. Hence the belief of the people who thought they could see Christ on the Cross talking. 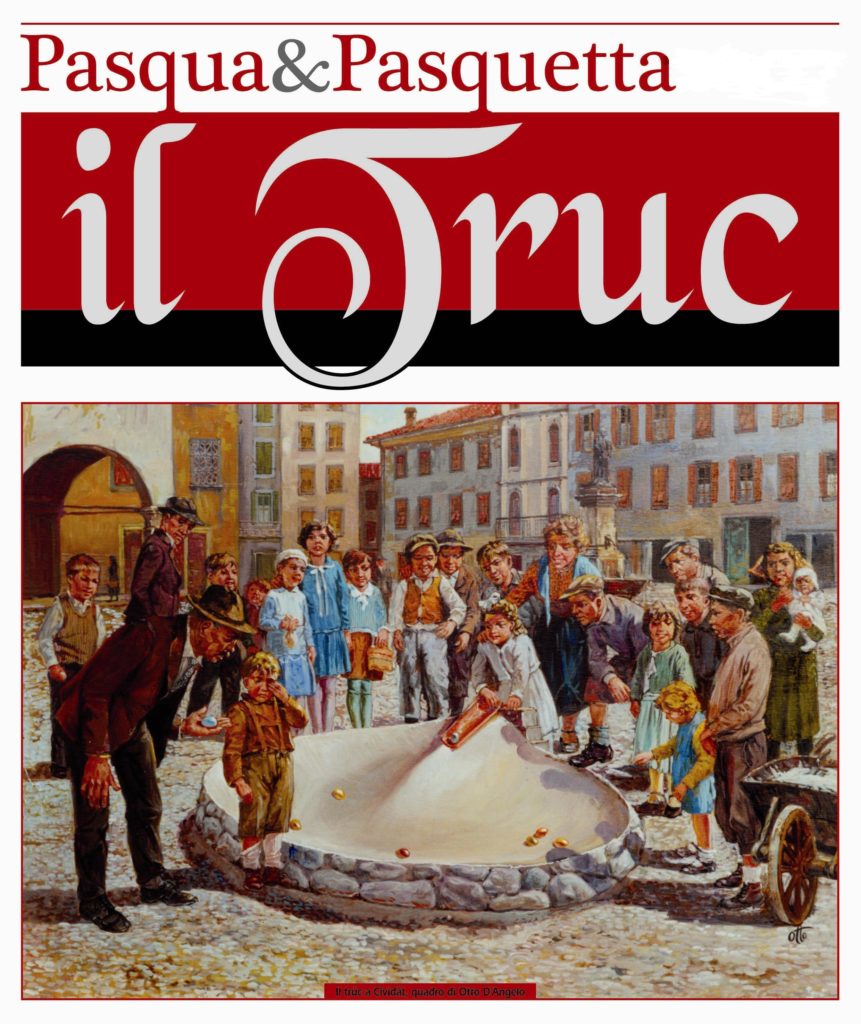 In the town of Cividale del Friuli, in the province of Udine, there is a custom on the occasion of the Italian Easter, which sees the citizens and tourists engaged in a series of games. This custom dates back to the ancient tradition of the game of “Truc,” which consisted of letting coloured boiled hen eggs slide on an oval-shaped sand structure. The goal of the game was to be able to hit the opponent’s egg. The prize was a coin or, alternatively, a sweet. 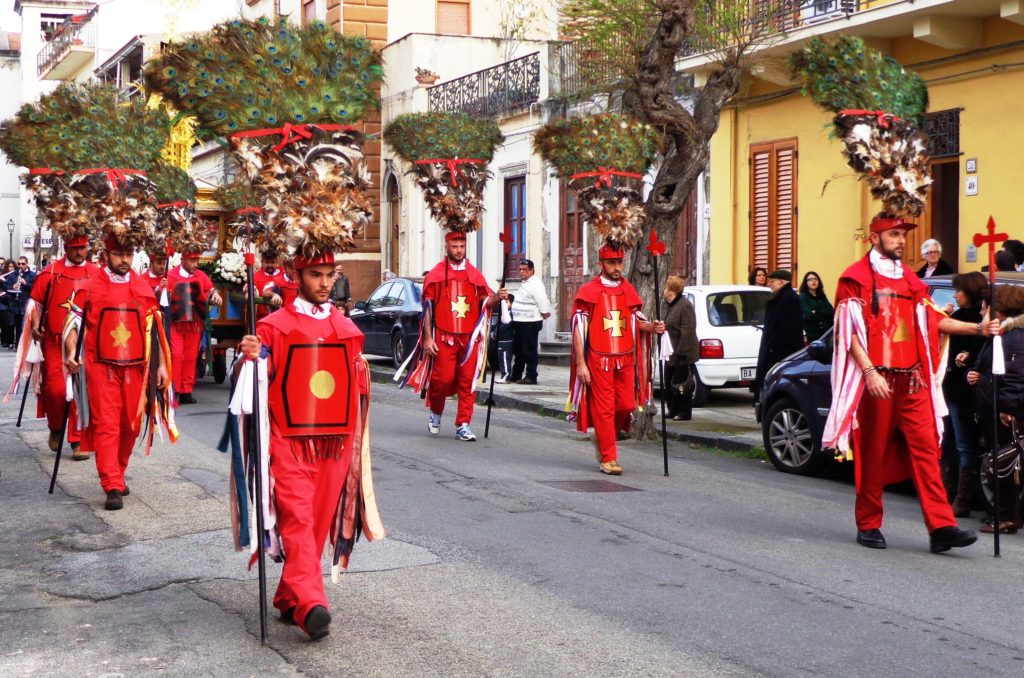 There is a tradition very similar to that of Cividale del Friuli also in Umbria. Here the game takes the name of “Tocciata” or “Ciuccittu” and sees players who, with a boiled egg in hand, take turns hitting the opponent’s egg, until it slides, a bit like the game of marbles. The winner is the one who at the end of the game still has an intact egg.

In this town in the province of Piacenza, Easter Sunday is celebrated with the so called “Ponta e Cull”(point and bottom). It is a tradition that dates back to the beginning of the last century. Also in this case the aim of the game is to break the opponent’s egg, both the tip and the rounded part, and that is where the name comes from.

Apulia also boasts many strange customs. In Francavilla Fontana, in the province of Brindisi, during the night of good Friday, there is a procession of pilgrims, called “Pappamusci,” that walk barefoot and hooded, carrying sticks and heavy wooden crosses. 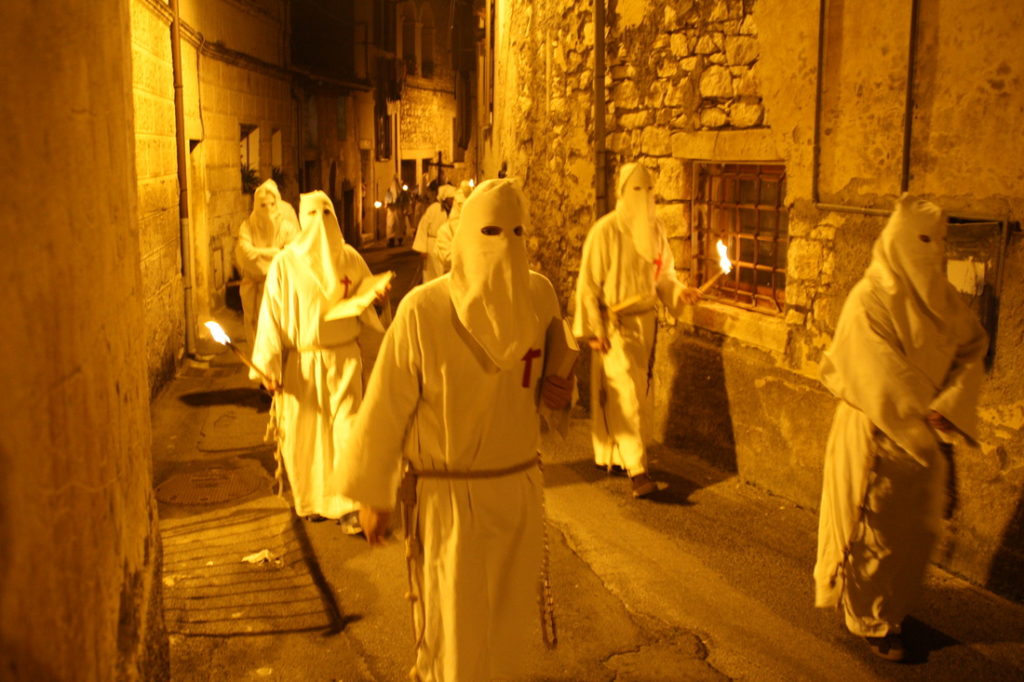 In san Marco in Lamis, in Foggia, on the other hand, on the same night there is a procession of “Fracchie,” that accompanies the statue of the Madonna along the town streets. During the procession the fire becomes an absolute protagonist: cone shaped piles of wood are set on fire, turning the town into a sort of flaming hell. 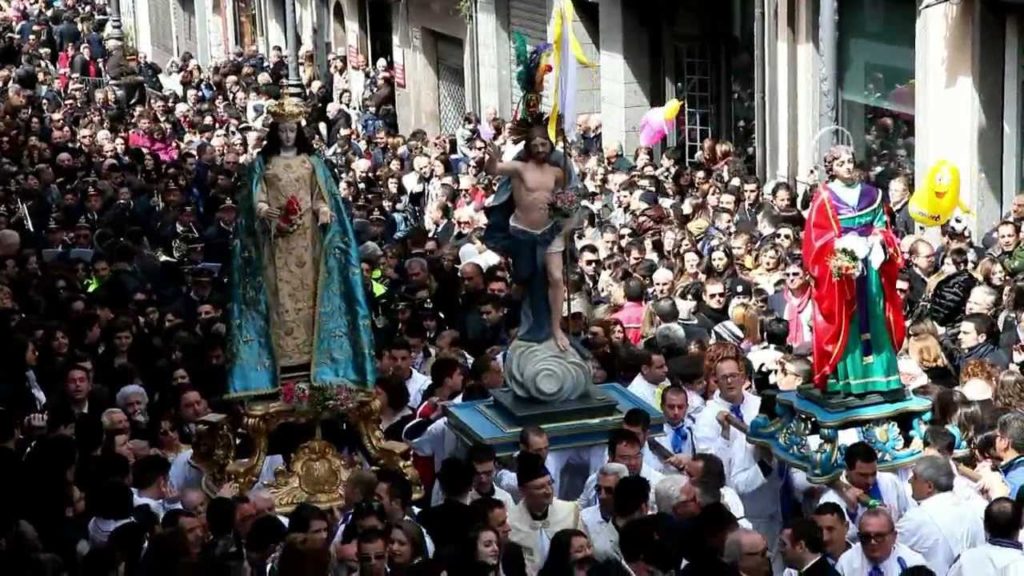 In the Calabrian town and its province, Easter is declined with the “Affruntata,” a rite that has oriental origins. The ancient custom reproduces the Easter Annunciation with the statues of the Madonna, of the Risen Christ and of St. John, who are carried by the faithful on their shoulders, simulating their encounter. 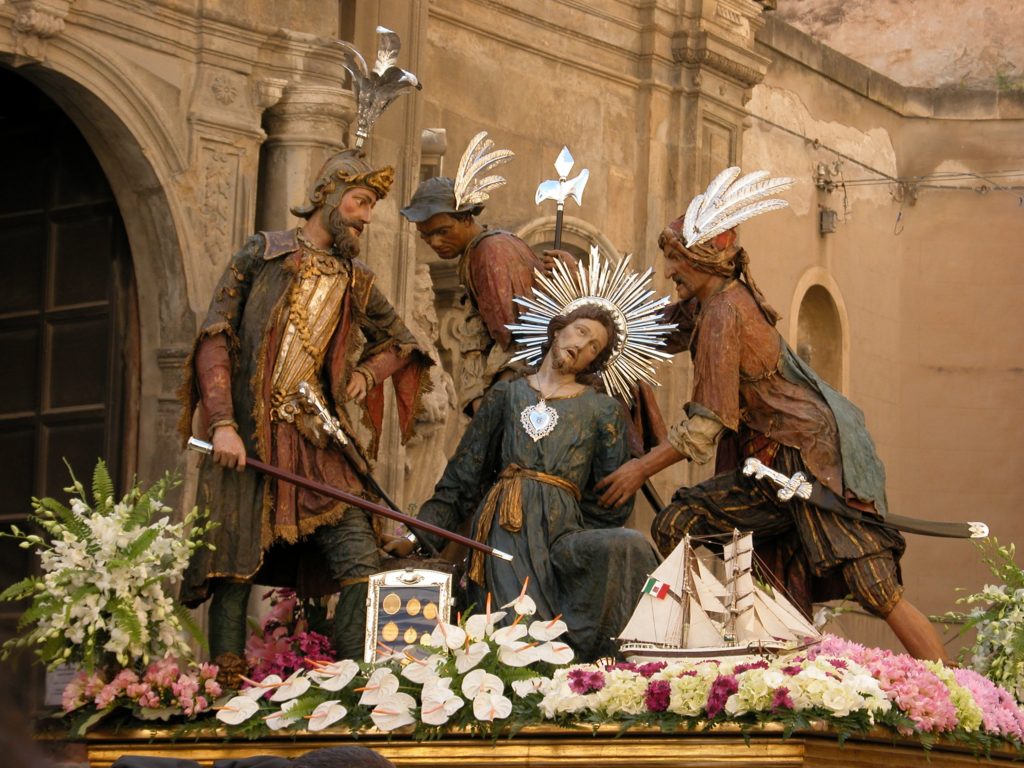 Finally, in Sicily, in the city of Trapani, the Procession of Mysteries is particularly renowned. It’s a ritual that has been held for over 400 years and represents one of the longest traditions in Italy. The procession begins at 2.00 pm on Good Friday and lasts in the city streets for 24 hours until Saturday.