The Cuz is of primary importance in the culinary culture of the small village of Corteno di Golgi, in Lombardy. It is a delicious stew of sheep’s meat prepared with local mutton and obtained from a very rare and endangered species. It is a simple but delicious and absolutely prized dish, which can be tasted in Lombardy but which, to be prepared with the true original recipe should be enjoyed in the exact land it comes from.

Born as a method of preserving sheep’s meat, the Cuz recipe is certainly the oldest recipe of Lombard tradition. It dates back to the VIII-X century and is the flagship recipe of the village of Corteno di Golgi, in the upper Val Camonica. The cuz is stored in hermetically sealed jars and, if properly cooked, lasts throughout the winter season. It can be consumed both hot and cold, and is usually combined with polenta or other carbohydrate-based side dishes, such as potatoes. It is considered the dish par excellence in the areas it comes from, especially at the gathering of large families for both lunches and dinners.

Cuz: origins of the dish

The Cuz was born out of the need to preserve fine mutton meat over time. Although it can be prepared with normal sheep’s meat, the traditional Cuz is in fact a stew of sheep’s meat from the local “cortenese” breed, very valuable and endangered. In ancient times it was kept inside terracotta containers, which guaranteed the freshness and preservation of aromas. The classic recipe includes the use simply of meat, butter and salt, but the locals prepared it by adding a series of secret ingredients (usually spices or vegetables) to make it even tastier. 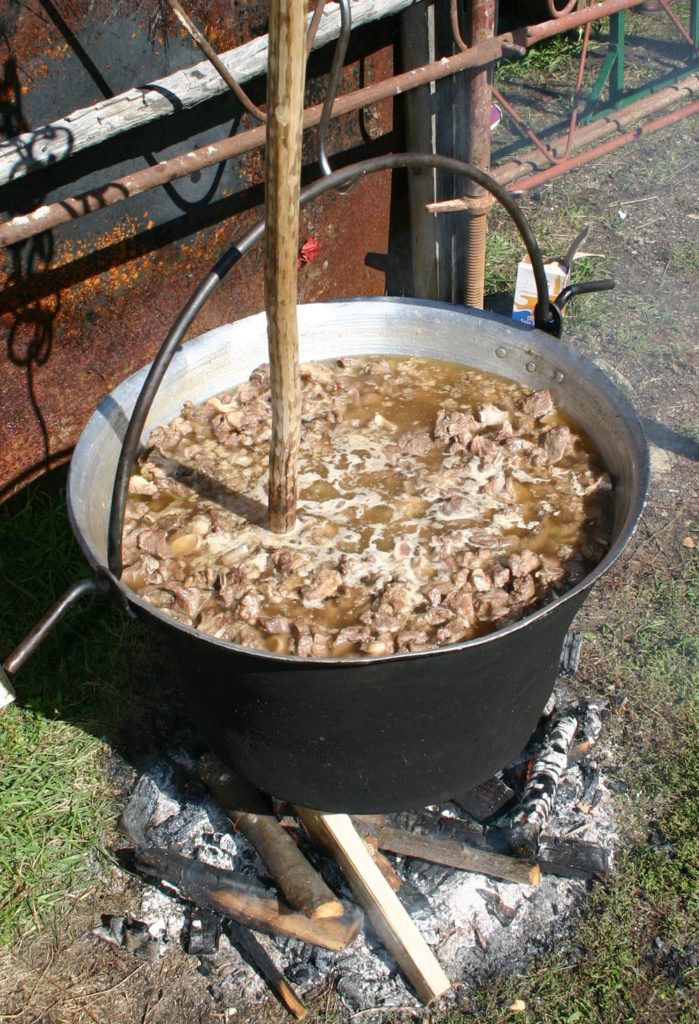 The recipe for preparing Cuz is very simple, you just need to dedicate a couple of hours to cooking, which must be slow and complete. The ingredients? Here they are:

You will also need a copper pot and a juniper stick, which will be placed in the center of the pot and which will serve to raise the fat of the meat to the surface. To prepare the Cuz at home it is necessary to cut the mutton into pieces and cook for 5 or 6 hours in the copper pot, with a touch of butter and a drop of water, which will only cover the bottom of the pan. Add water during cooking, remembering that the meat should not be boiled but simply cooked. Salt should be added only at the end of cooking if you want to preserve the meat for a long time.

Where to taste the best Cuz in Italy?

The best Cuz in Italy is the original Cuz, prepared with the local meat of an endangered breed, very rare and valuable. Obviously, to taste it you need to be in Lombardy, where it is cooked to perfection and presented by countless restaurants, but even better in the areas of Corteno di Golgi, of which it is the specialty. Among the places we suggest to eat the best Cuz in Italy are definitely the hotel / restaurant Parco, the Al Soldadi farm, and the Campovecchio mountain hut, all three located in Corteno di Golgi, where it is possible enjoy a great Cuz also at the village festivals.