Once again this year the marvelous Renaissance complex will host one of the most important events dedicated to handmade work in order to recreate an atmosphere in which tradition and antiquity blend in a perfect union.

It is an event in which the creations of women artists are celebrated, whose great creativity and imagination are made known and supported. For this reason the event will take place on the first weekend of March, so as to coincide with the period just before the celebration of Women’s Day. 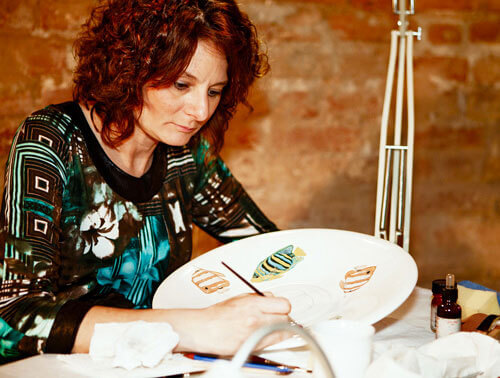 The event, now in its ninth edition, is one of the things to do with the family in Italy and remember that this year entrance will be free.

In addition to the exhibition of creations made by Italian artisans, there will also be numerous live demonstrations, educational workshops for children and entertainment of various kinds.

The “Women’s Artisans” project, from which the event took inspiration, was born in 2007 with the aim of promoting a particular share of the artistic crafts sector, that of women.

And so in 2009 it was decided to give form to the idea with the creation and printing of a booklet “Artisan Artists in the Province of Milan“, in order to bring numerous artisan companies owned by women present throughout the area of the Lombardy capital to the knowledge of the general public.

When we realized that the booklet had become too limited a means to show the skills of these women, it was decided to create the real event in Abbiategrasso, setting it in the Castle the first edition dates back to 2010.

Thanks to this event not only the artisans of the province of Milan, but women throughout Italy have the opportunity to show their skills and make themselves known.

From 2010 to today, the event “Artisan Artistic Creations  … and Flowers at the Castle” has obtained more and more awards and has become the point of reference for all lovers of artistic crafts and floriculture. In fact, artisans and nurserymen come from all over Italy, but also people who just curious or families with children, who want to participate in numerous educational workshops, designed specifically for children.

Behind the event there is in fact the promotion of the cultural and artistic association Iperbole which, with the organizational support of Eventi doc of Myriam Vallegra and the patronage of the Municipality of Abbiategrasso and the Lombardy Region, sets up a series of educational initiatives to support the event exhibition.

In fact, thanks to the collaboration of the Pro Loco of Abbiategrasso, it is possible to take guided tours and get information on the historical context of the event, also opening rooms and halls that the public can not normally visit.

The aim is therefore to promote and make the Italian artisan women known, whose role as entrepreneurs is a well-established reality in our country, but it is also a way of creating significant job opportunities, showing that one can make a real business model out of a passion.