Martina Zito
In Italy the first steps in the amusement parks sector were made in the mid-sixties, with the construction of the first facilities dedicated to family fun, like Edenlandia in Naples and Fiabilandia in Rimini. Over time, the industry has evolved and developed, and structures of various types were built: water parks, wildlife, educational and theme parks. Today, in the Belpaese there are hundreds of them, mostly family owned, but some of them internationally renowned. Italian Traditions will show you 5 of the most famous Italian amusement parks!

The most famous park: Gardaland, in Veneto 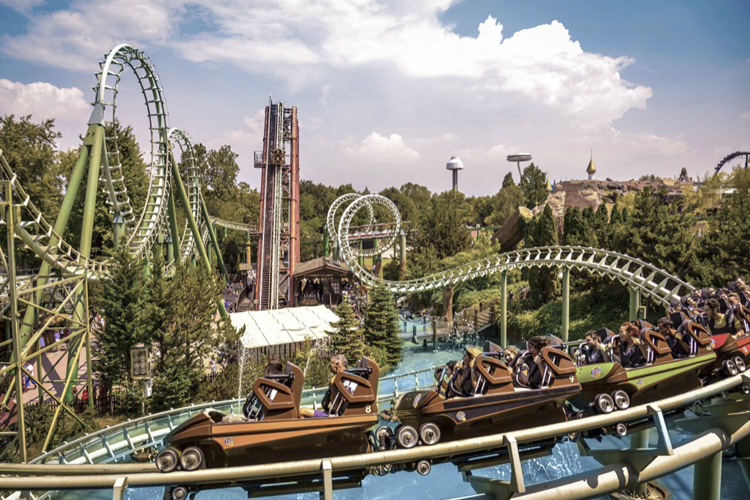 Located in the province of Verona, it was founded by the local entrepreneur Livio Furini and opened in 1975. In the mid-eighties, it was already the most famous Italian amusement park. The unexpected success that the concept of “theme park” collected in America and then in Europe, led to its continuous expansions and improvements. One of its main characteristics is the presence of large themed areas, in particular: Fantasy Kingdom, Medieval area, English hamlet, Arabian souk and Rio Bravo. The park’s strengths are the sets, the top shows and the overall organization. Among the main attractions, there are: the Oblivion rollercoaster, the Raptor wing coaster, the Space Vertigo, the Colorado Boats, the Privateers and the Jungle Rapids. Moreover,  there is also the Gardaland SEA LIFE Aquarium, home to over 5,000 marine creatures. 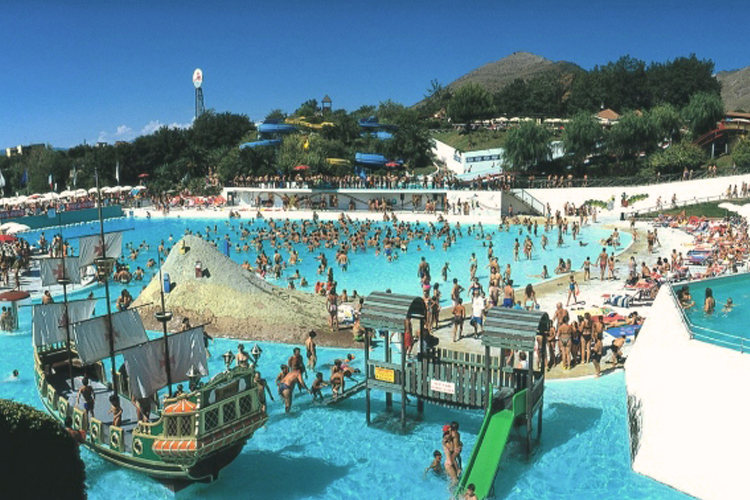 It is a large water park in Liguria, the only one in the region. Located in the province of Savona and inaugurated in 1989, it has preserved the carefree style of the era without negletting the last years’ news, such as a wellness area and the wi-fi. The park offers many attractions: slides, large pools, picnic areas, bar, sandwich bar and typical Ligurian focaccia, baby club, water aerobics and even a newsagent and tobacconist. Among the most interesting things to do, there are the spa area – a real spa – the wave pool, the daredevil suicide bombers, the rivers Rio Colorado and Rio Bravo, a beach volleyball court and the Acquadance.

Having fun in Emilia-Romagna: Mirabilandia 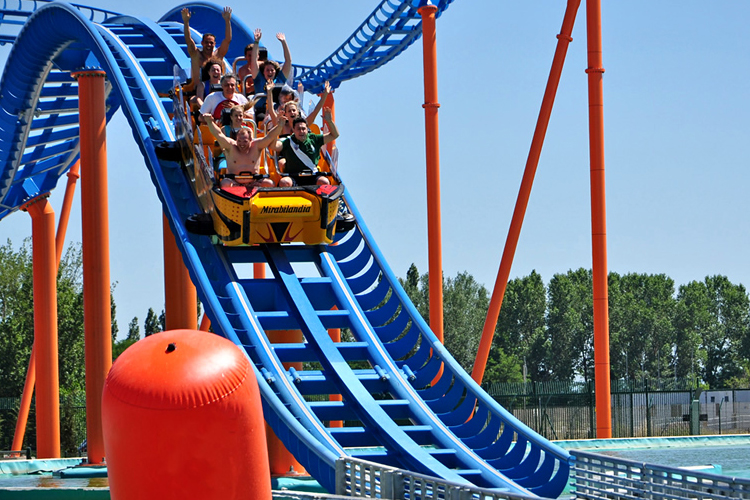 Opened in 1992 on the outskirts of Ravenna, with its 850,000 square meters it is currently the largest amusement park in Italy. It has two main areas: a theme park, divided into seven areas, and the Mirabeach water park, opened in 2003. Mirabilandia offers many attractions for everyone: the iSpeed, coaster hurtling at the speed of a Formula 1, the reckless trains of Max Adventures Master Thai and Niagara, with the thrill of the descent of a giant wave.  However, there are attractions suitable for children, as the Autosplash, that lets you get into the water at the edge of the Cadillac-shaped canoes. The water park features swimming pools, water slides and artificial beaches. It’s one of the funniest Italian amusement parks.

Located on the famous hill of Riccione, it was one of the first water parks built in Italy. Today, with over 600,000 visitors each season, it is considered the most visited of the Belpaese. The park has numerous water attractions: water slides, wave pools, themed pools for children, hot tubs and various shows and animated moments. Among the symbols of Aquafan, there is the Kamikaze, a slide in two runs 90 meters long in high slope, or the Extreme River, a curved ramp section, and Speedriul, a funnel shaped structure that “swallows” guests after a whirling motion.

Rainbow Magicland: having fun in Rome 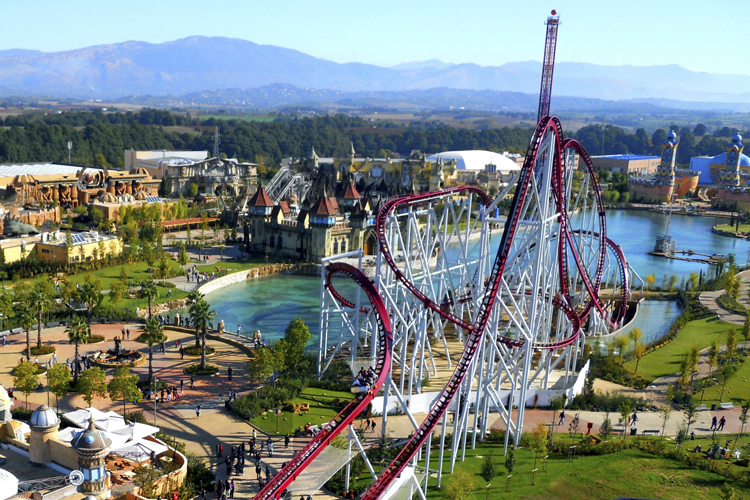 It is a medium-sized amusement park located a few kilometers from Rome, in Valmontone, developed around a central lake and capable to offer 36 attractions for all tastes. Feature is the strong theming, that faces the most different topics, from the Mayan ruins to Steampunk passing by prehistoric dolmens, castles and royal architectures from every era. All this is part of the main theme of the park: magic. Among the main attractions are included Huntik 5D, Shock, the roller coaster on which passengers are launched at 100km per hour in less than 3 seconds, Mystica, drop tower 70 meters high, the family coaster The Flying Dutchman and the Yukatan aquatic park.