Home > Food > 15 types of cheese from Sardinia you must try
2
0
Search
Share the article:

Among the Sardinian gastronomic specialities, cheeses definitely stand out. The cheese production of the island – which boasts an ancient sheep breeding tradition – is, in fact, rich and varied, and includes the largest production of pecorino cheese in Europe. The first traces of dairy production on the island date back to the Bronze Age, and during the Roman period Sardinian cheeses ended up on the richest tables in Rome. From the Sabauda period onwards, Sardinian cheeses began to be exported to America. Currently the island holds three designations of protected origin – D.O.P. – for three cheeses prepared with sheep’s milk.

Below, we will discover the 15 cheeses of Sardinia not to be missed. 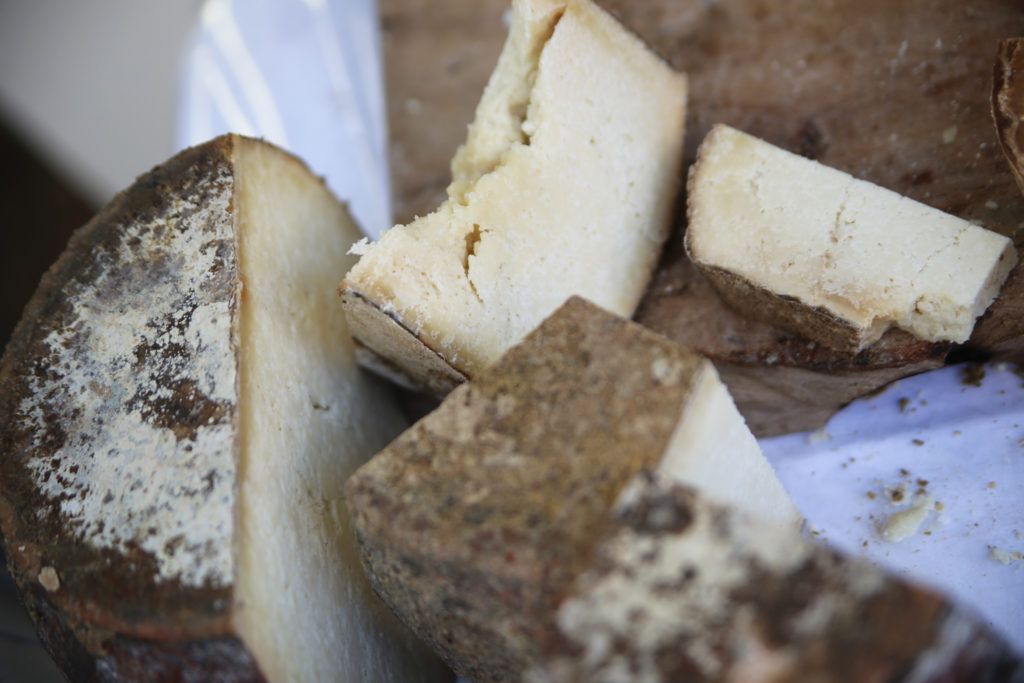 Typical of Barbagia-and the area of Gavoi, in the province of Nuoro-the Fiore Sardo is a hard cheese with medium or long aging that is obtained from the processing of sheep’s milk. One of its peculiarities is the use of wood fire for its preparation, which gives the cheese a light smoky flavor. It owes its name to the fact that it was originally prepared with a vegetable coagulant, probably derived from the thistle flower. Or perhaps to the flower that was engraved on the containers of chestnut wood used to work the curds extracted from the boiler. It is one of the most famous Sardinian cheeses and, also, one of the oldest: its origins could date back to the Bronze Age. 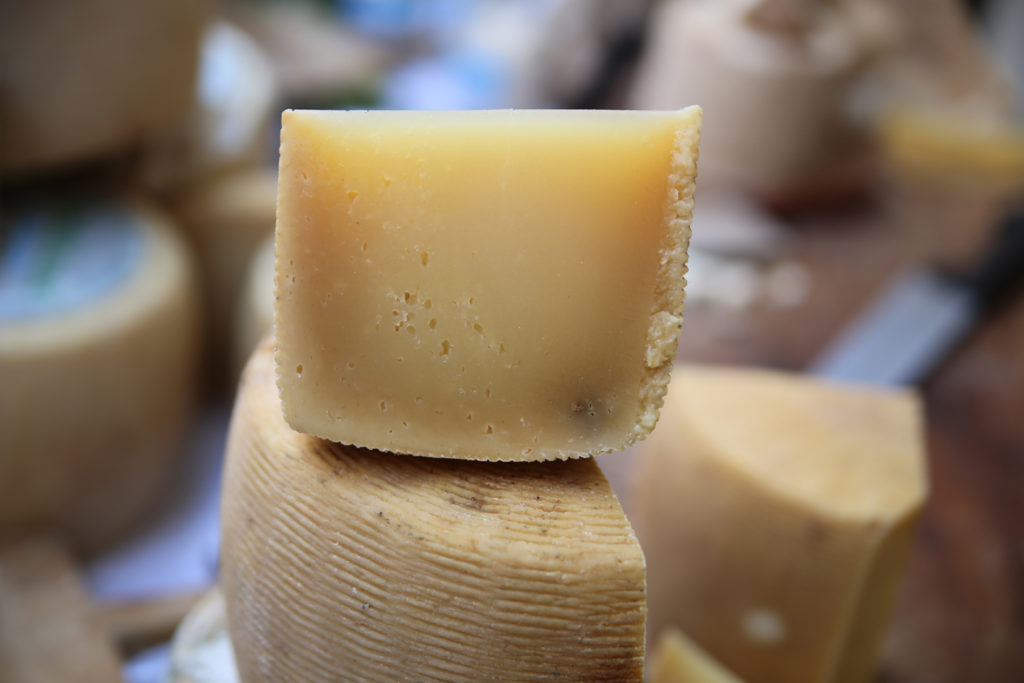 One of the Sardinian cheeses par excellence. Fat, semi-hard and hard, the Sardinian Pecorino is characterized by two types of aging, which distinguish it in Mild or Aged. It has a hard and smooth rind, straw-coloured, and a compact, white-coloured paste. It is a table cheese, but it is particularly appreciated also grated or as an ingredient for different types of dishes. The mild Pecorino goes well with Vermentino wine, the aged with the Cannonau. 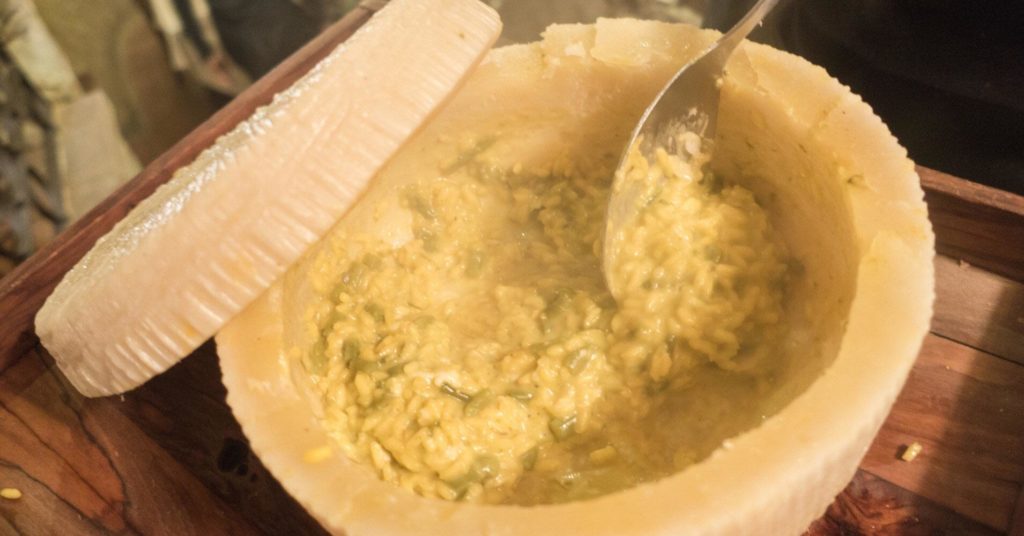 The casu marzu, or cheese with worms, is one of the most popular cheeses in Italy, but also the most controversial. Usually prepared like all the Pecorino cheeses, it is realized using the cheese fly. In the cheese the flies lay eggs, and the larvae will do the rest of the “work”. From them, in fact, depends the aging time. 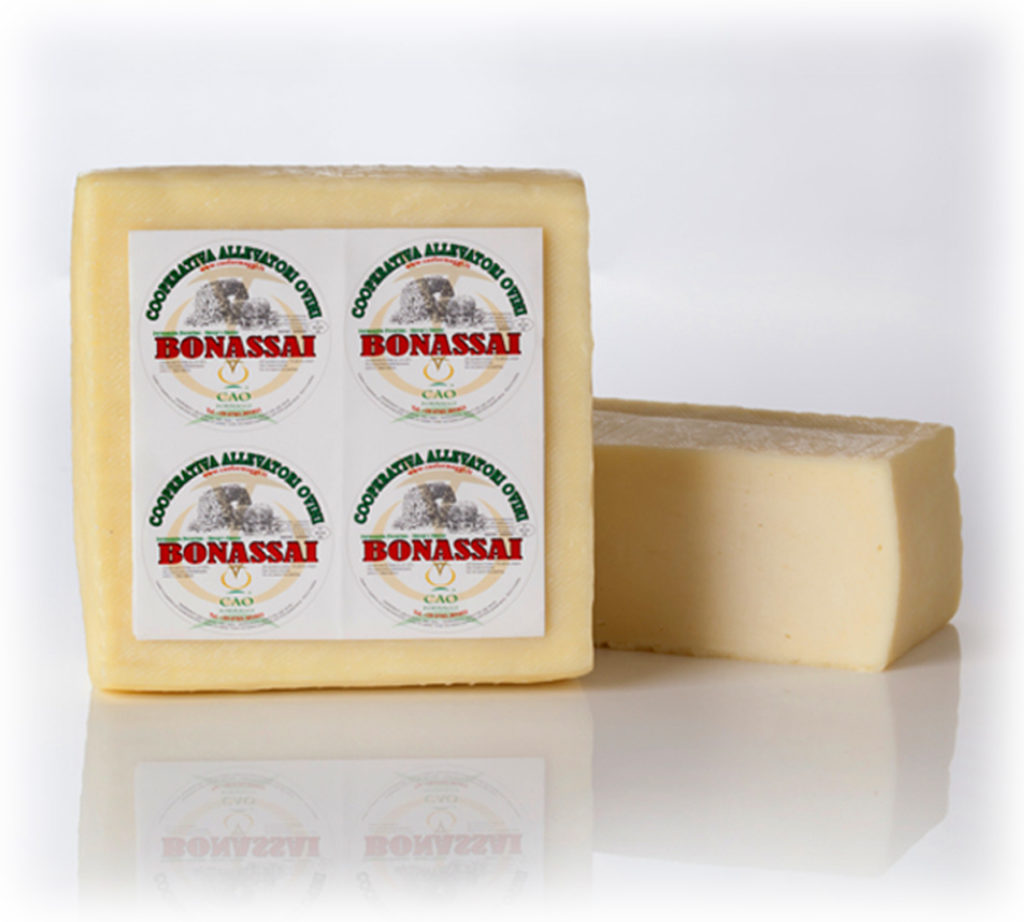 The history of Bonassai is relatively recent. This cheese, in fact, was born in 1966, through a technology designed ad hoc by the Zootechnical and Dairy Institute of Sardinia. Since the 70’s its production has been spreading throughout Sardinia. It is a fat pecorino cheese, of short aging time and soft texture, which is distinguished by its unusual parallelepiped shape. Among its peculiar features are the salting, which is practiced in the form of brine, and the addition of potato starch in the aging phase.

This cheese, whose first testimonies date back to the time of Pliny the Elder, owes its name to clay – Axridda in Sardinian – which is used to cover it. Made with sheep’s or goat’s milk, the Axridda is prepared exclusively in the period from January to May, and then sprinkled with powdered clay to resist the summer. In some cases, the clay is moistened with olive oil or lentischio oil, forming a layer of not less than 5 millimetres. It is distinguished by the hard and wrinkled rind, of grey or light brown colour. It’s hard and crumbly, of white or straw colour. 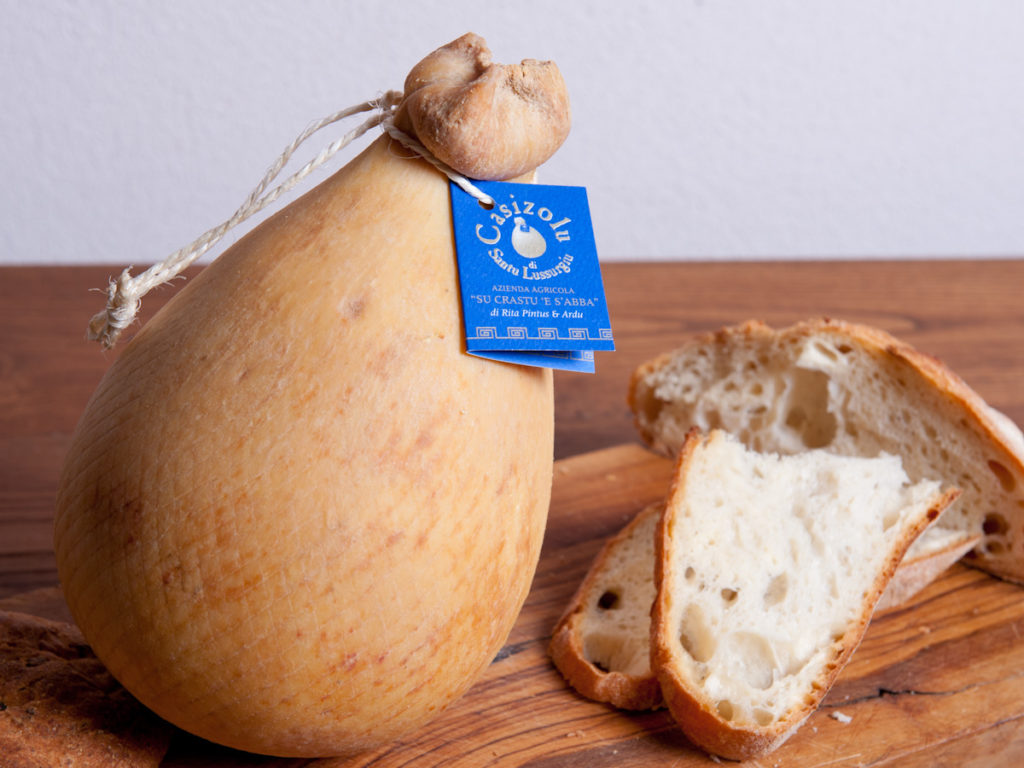 It is a fresh cheese with no rind, prepared with raw sheep’s milk. It is worked from raw curds, which is spun, then inserted by hand in pear shaped moulds with a head, which allow to hang them. It can be eaten after 7 days. 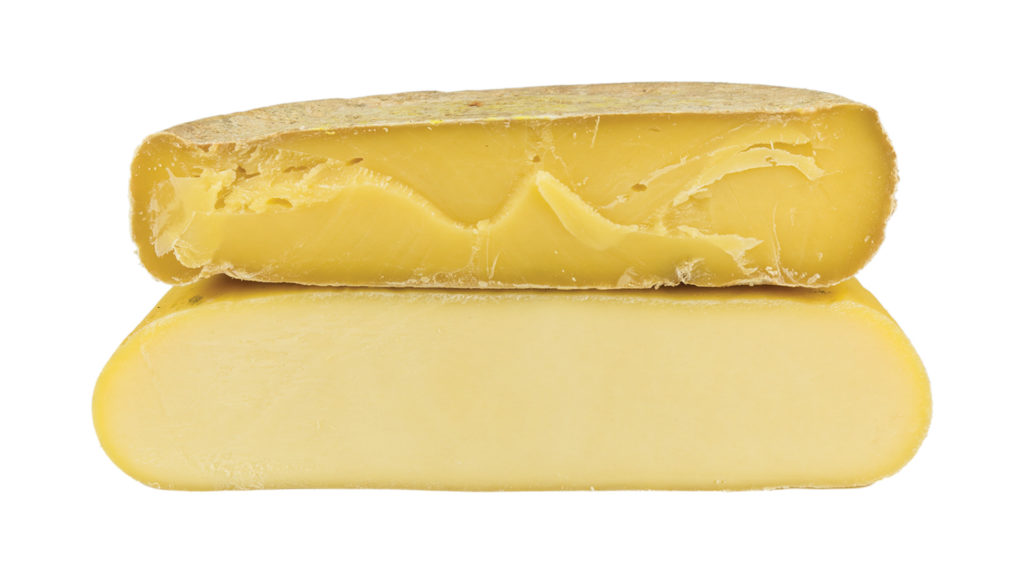 It’s a soft ‘s milk cheese. It is usually prepared in the autumn, when the bovine milk is poorer, and owes its name to the Latin word “fresus”, which means “crushed”. For its appearance and consistency, it is very similar to the Lombard Stracchino. 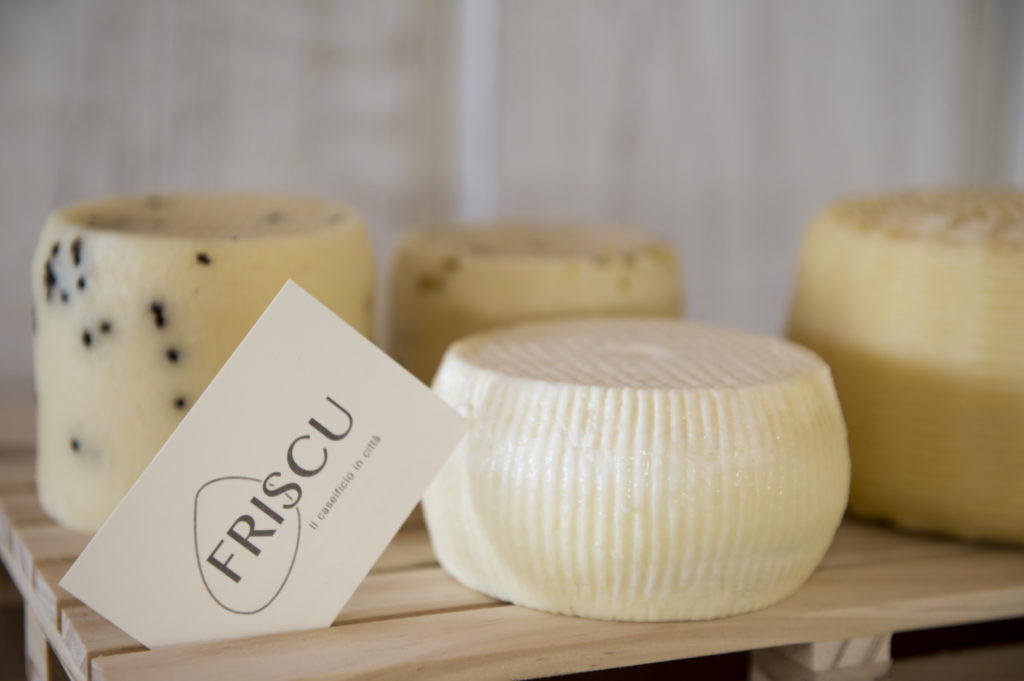 Cheese without rind, the casu Friscu is of white colour and soft. The type of preparation makes it similar to the Caciotta. It is prepared mainly for use in the kitchen, or in combination with other foods. 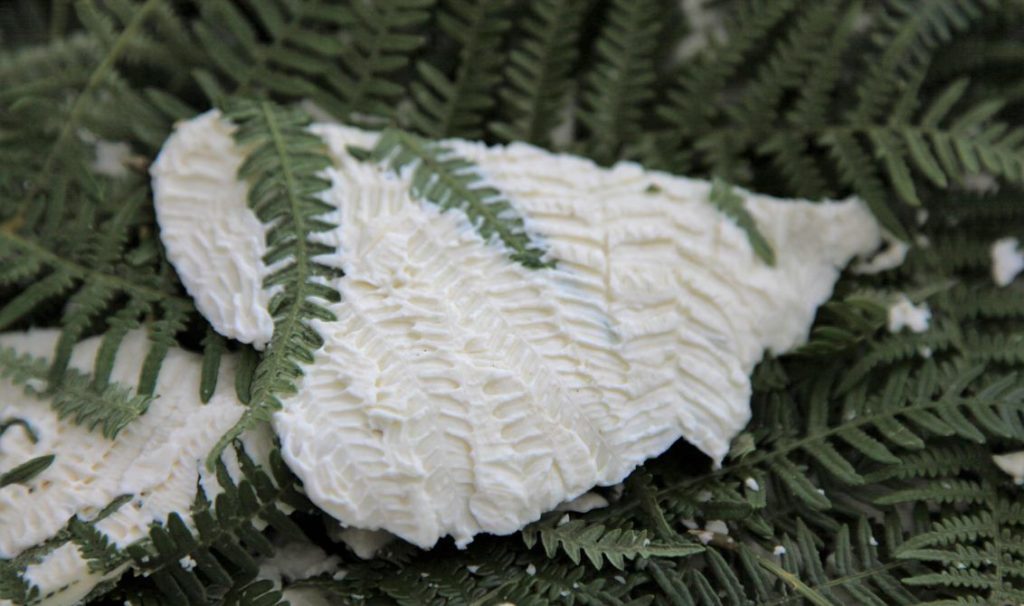 It is the freshest of all Sardinian cheeses. It is prepared with curds of goat’s or sheep milk. When it reaches the right consistency, it is placed in containers of wild pear wood along with fern leaves (Filixu), which give it an unmistakable aroma. Then it is placed to bleed on sheets. Its production is typical of the territory that includes the towns of Seulo, Olzai, Esterili and Villagrande. 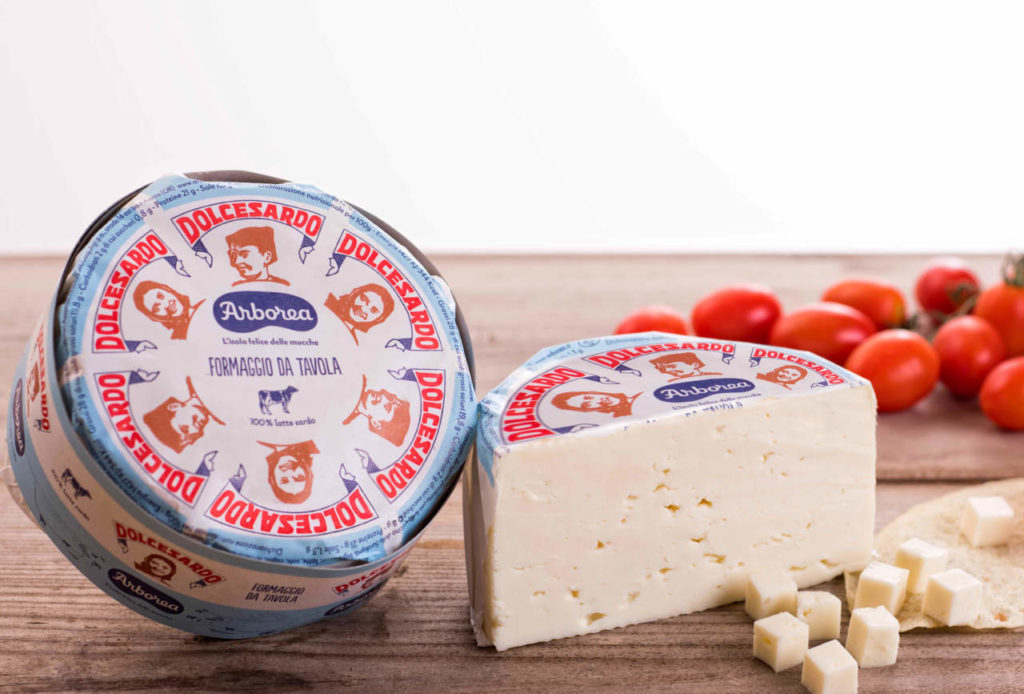 A soft cheese, which is obtained by working bovine milk, according to a recipe that dates back to the early ‘ 30s. It is worked with lactic acid enzymes and rennet, only to be placed in small baskets and subjected to steaming at a temperature of 40 °. Salted in brine, it is eaten after 15 days of aging in a cell. 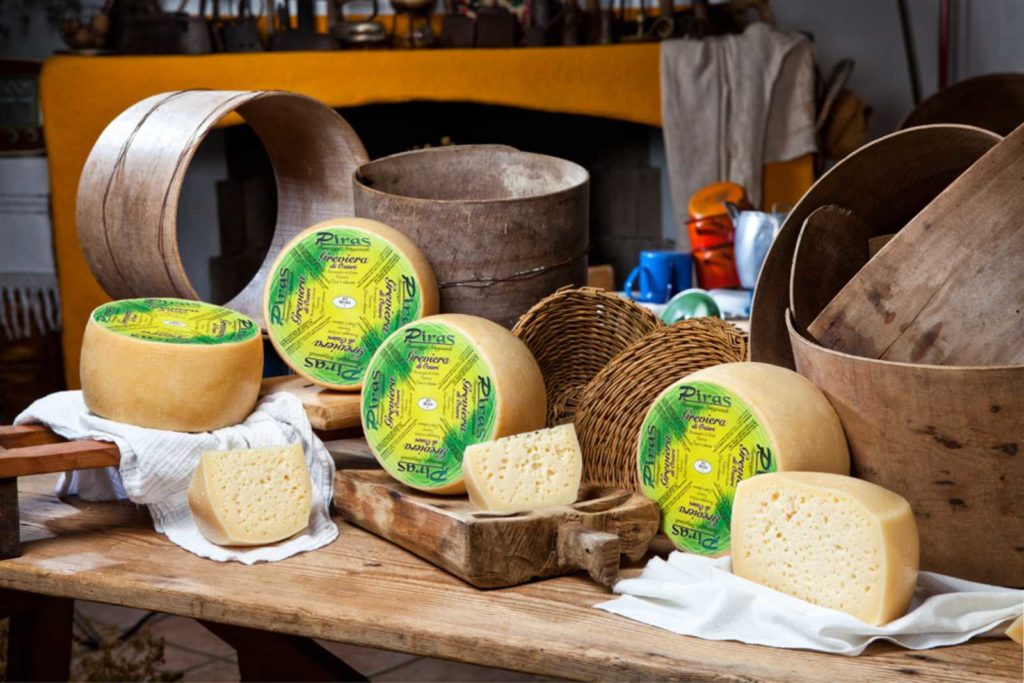 The Greviera owes its birth to the arrival, in the province of Sassari,of the Bruno Alpina cattle breed from Switzerland, and of the Gruviera production technique. This cheese, therefore, entered the history of Sardinian cheeses in 1850. 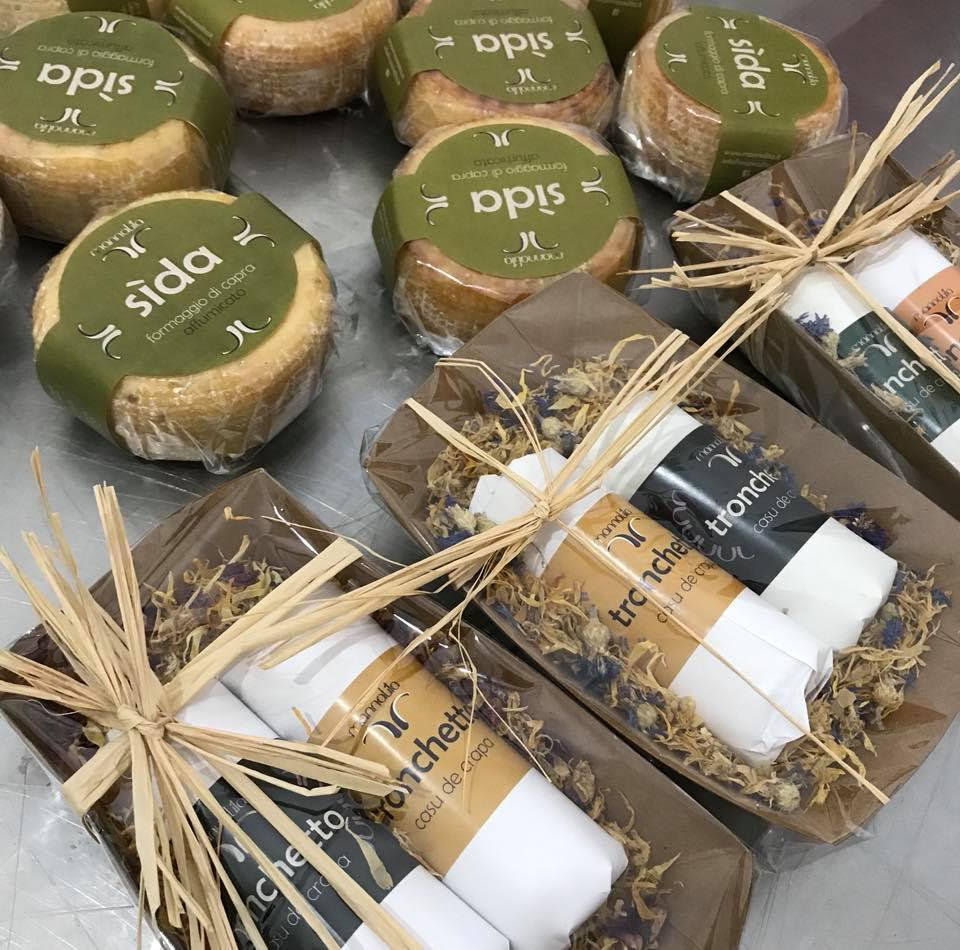 Produced both at the artisan level and industrially, this Sardinian semi-cooked goat cheese is distinguished by a thin and smooth rind, straw coloured, tending to brown if aged. 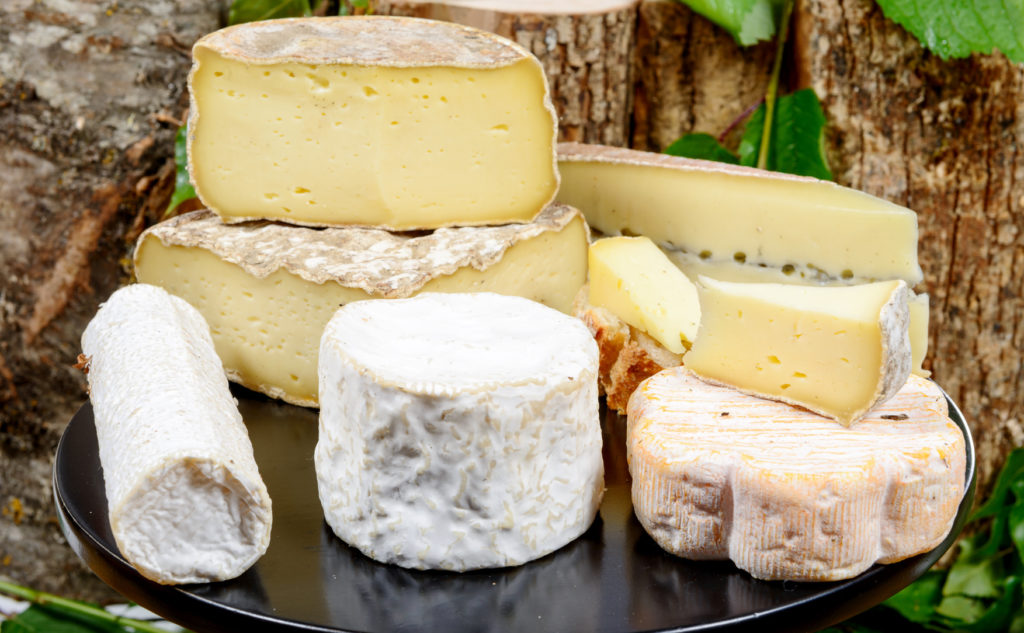 The spiattatu type of cheese is produced with whole cow milk. It is typical from Gallura. It does not have a specific form. This type of cheese has no crust, it is white and elastic, sweet with some slightly sour taste. 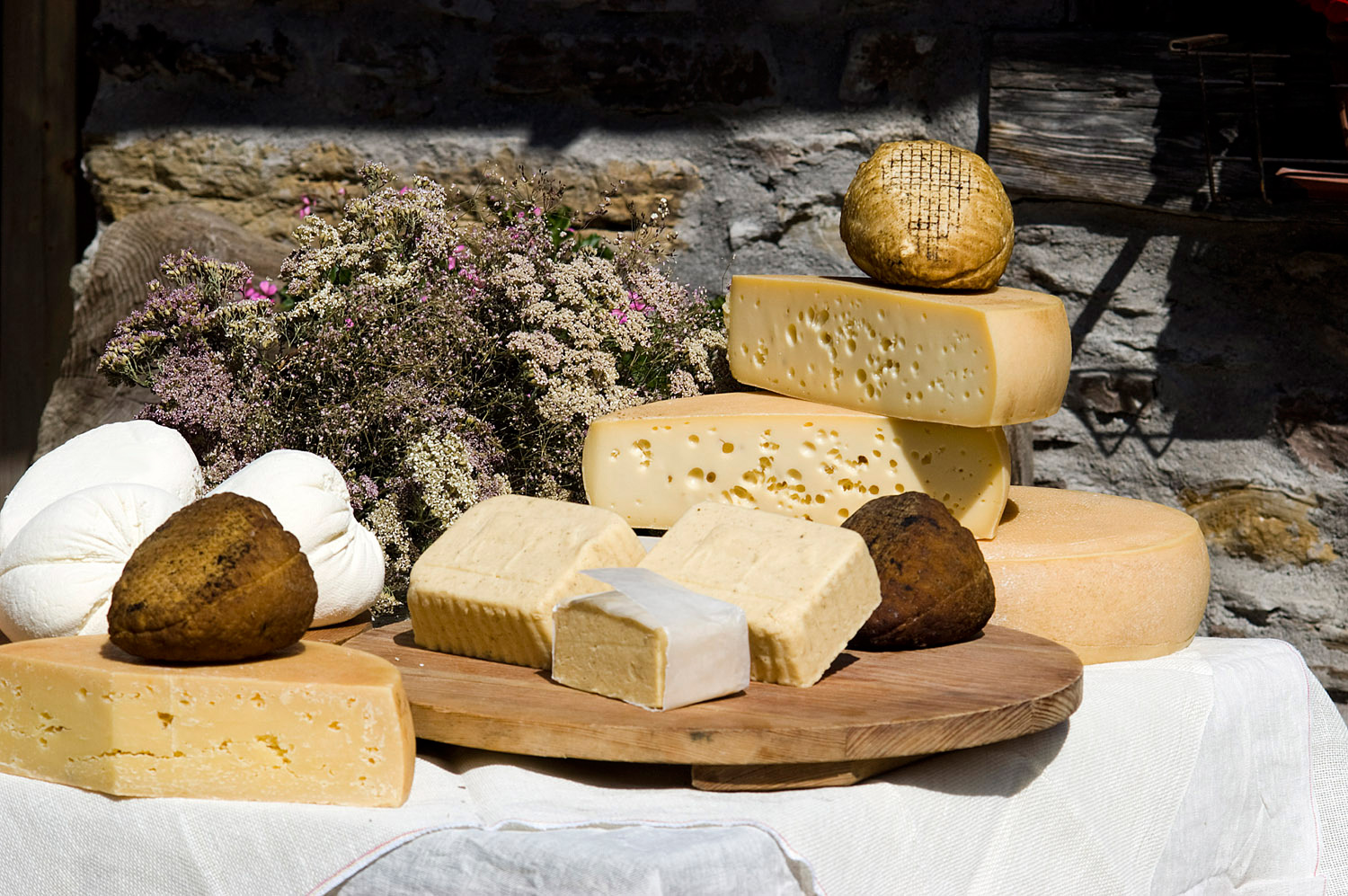 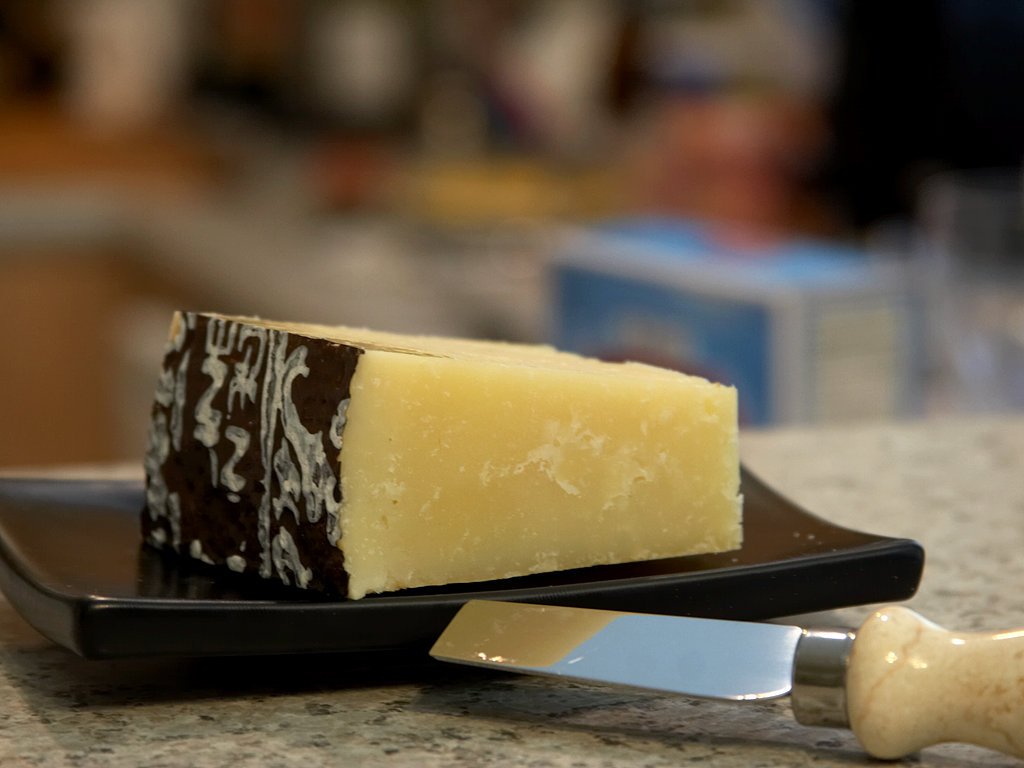 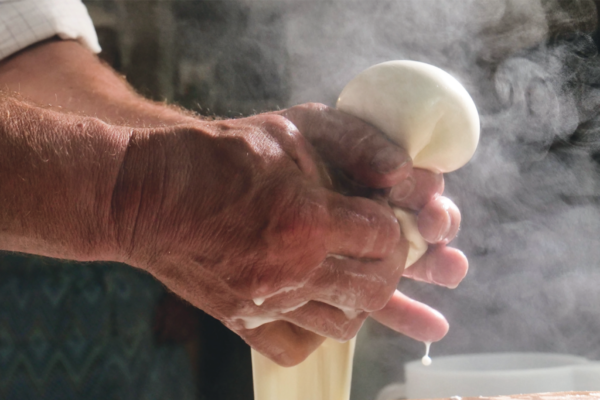