Rome, February 9th, 1955: At the Termini station, in the presence of the President of the Republic Luigi Einaudi-the first Italian Metro was inaugurated. In 1953, the line had undergone a trial period, with sporadic operation between the stations of Magliana-Ostiense and Esposizione and of Piramide and Esposizione. 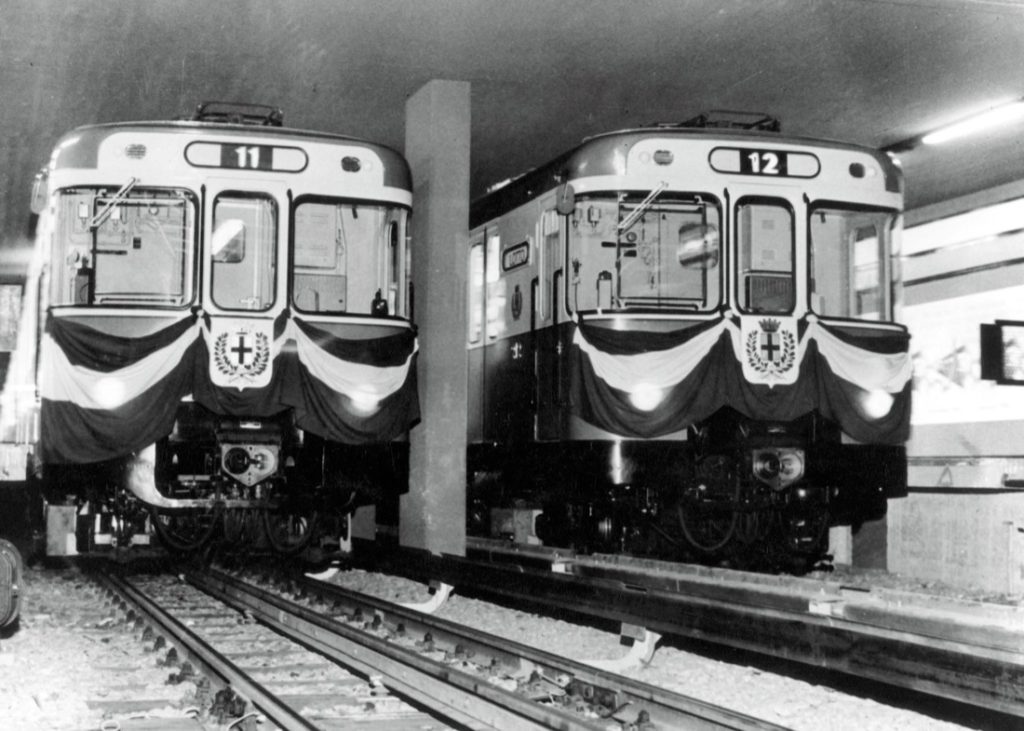 The line was called Termini-E42, and connected the Termini train station with the EUR district, for a length of 11.3 kilometers. It was later renamed “Line B”. According to the original project, which dates back to the 1930s, the line was designed to connect the station with the EUR district, which was to host the Universal Exposition of 1942. Construction works came to a halt at the outbreak of the Second World War and, after the conflict, 7 years of reconstruction were needed before seeing the first stretch of what would become the Rome Metro line. For several reasons, therefore, the capital of Italy was provided with a Metro network very late compared to the other big European cities, and this despite the fact that the first projects date back to the second half of the 800. Soil conditions and, especially, archaeological constraints delayed the realization of the project.

Works for the network expansion began in the 1960’s with major developments in the next decade. Thus the metropolitan network of Rome was born, thanks to the General Regulatory Plan of 1962, in which the X scheme was outlined, with the intersection of the two lines. Line A, whose project dates back to the 50’s, and was inaugurated on February 16th, 1980, and finished in 1990 , joining the Termini station with Rebibbia. In this way, it crosses the entire capital from north-east to south. The inauguration of the “Line B”, however, dates back to 1980, with the aim of linking the south-west area of the city with the north-west. The opening to the public of “Line C” took place 2014.

In Total, the metropolitan network of Rome is about 60 km long and serves 74 stations.