The Women’s Museum in Merano, in the province of Bolzano Trentino Alto Adige, is housed in what was once the Clarisse Convent, built in the late Gothic style in 1309 wanted by the Duchess Euphemia of Carinthia. Since 2010, the upper floors of the building, which overlooks Piazza del Grano, have been destined for the Museum, which owes its existence to the founder Evelyn Ortner.

Managed by the “Museum of Women” Association, the Museum focuses its activity on the history of female culture, proposing a permanent exhibition designed to represent ideals, roles and life of women in the nineteenth and twentieth centuries. On display, therefore, clothes, accessories, books, documents, objects of daily use that can trace – together with monothematic and temporary exhibitions – a history of the feminine condition and its transformations over time. 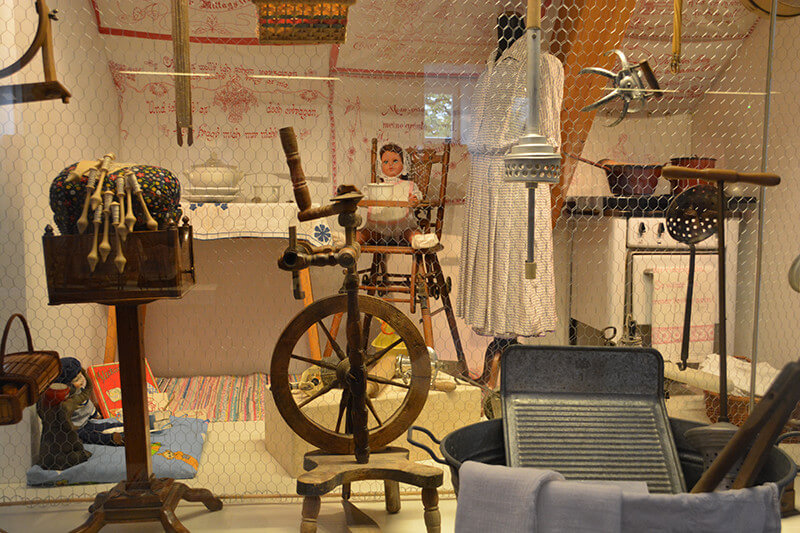 The permanent exhibition, in fact, was conceived in a commercial way, entrusting to clothes and accessories the role of representing the feminine image during the last 200 years. A journey, then, in and through the costume, but also tastes and work, which starts from 1820 – with the Biedermeier style – to reach the end of the 80s of the last century. That testifies, for example, the first “female professions”, or the entry of women into the world of sport, in the first twenty years of the twentieth century.

So, clothes and trousers, tights and headwear, objects and memorabilia make up the largest collection of women’s clothes and accessories in Europe for the period of reference, a rich heritage to be admired at least once in a lifetime in this museum in Trentino Alto Adige.

A project by Evelyn Ortner

The museum institution directly collects the heritage and experience of Evelyn Ortner, an Austrian who moved to Merano in 1944, who in 1988 founded the Museum fur Kleid und Tand, dedicated to clothing and jewelery – an ancient passion – initially located at the Portici. To then give life to the  Women’s Museum Association. This is how the Museum was born, gathering the experience and heritage of previous activities.

Around the world there are over 40 museums similar to that of Merano, but only two in Italy (the other museum is that of the “Waldensian women” in the province of Turin), connected in an international network of Women’s Museums – the International Association of Women’s Museums, whose godmother is the Nobel Peace Prize Shirin Ebadi.

All engaged not only in the exhibition, but also in the support and promotion related to the main problems related to the female universe all over the world. Without excluding disclosure, events, seminars, readings and the creation of a specialized library continuously updated.

Currently, the Museum is promoting “In search of women’s  stories in Merano”, a guided tour in the South Tyrolean town, to discover the “women who lived in Merano and who over the centuries helped to make it the city that is now” . Certainly a voice that answers the question of what to see in Merano, especially in the week dedicated to Women’s Day, don’t you think? You might consider visiting a place full of history.