When you are visiting Italy you soon realize that there are many things that soothe the soul, not only the extremely historical and natural beauties, but also the precious culinary art that characterizes every region, province or town.

In Italy, every bell tower matches one or more recipes, and this weird ratio holds even when those recipes seem identical: the name, in fact, should not mislead you, one ingredient is enough to make a dish a whole other dish. All it takes is a word only seemingly meaningless to characterize a recipe and make it typical of that specific place.

In my region, Veneto, one of the most popular ones, which is as everything else subject to culinary chauvinism, is the Treviso spit. What I am referring to is specifically the tradition of the spit from the March of Treviso, which represents a true excellence, and as such should be told and celebrated.

Between 2005 and 2006, in Solighetto, part of the town of Pieve di Soligo in the Treviso province, the “Accademia dello spiedo dell’Alta Marca” and the “Maestri dello spiedo” association were born.

This passion for the recipe of the Treviso spit is not only to be looked for in the attention for the ingredients or the research of secret cooking techniques. It has also to be searched in what the spit represents on a cultural and social level.

The cooking technique of the Treviso spit

The rotisserie is to be considered among the oldest cooking techniques, even Homer in the IV book of the Iliad talks about it when describing a banquet where meats are cooked on a spit.

Meat is the protagonist of this art. According to availability, area and season, the type of meat changes. Usually, you would use pork meat or poultry such as chickens and guinea fowl. Once, small-size birds were cooked on the spit.

The choice of the meat impacts the cooking technique of the Treviso spit: if, for example, you are cooking rabbit meat or poultry, these are not to be placed one near the other, for, it is better to alternate their typical and not particularly nice smell – when raw – with that of pork meat.

Furthermore, between a piece of meat and another there should be the so-called “lardèe” o “lardine”. They are small pieces of lard placed next to a sage leaf. Choose lard over pancetta. The latter, in fact, dries too fast with the heat and as a result would not be ideal to “grease” the meat and grant it that typical flavor.

To know if the cooking is going along well, it is essential to observe the state of the meat: it must be glossy, it literally has to ooze fat. It is the fat that keeps the different types of meats separated thus functioning as the driver of the flavor. This is the secret of the Treviso spit. The fat released by the meat helps to season the side dishes that accompany the meat. Vegetables, beans or polenta, preferably white, are the perfect combinations.

Another aspect to keep in mind is that to cook the Treviso spit you need the right kind of firewood. The best kind is the hornbeam or ash tree wood, drier and with less resin. The cooking takes a long time, about 5 or 6 hours of patiently waiting for a dish that is worth the wait.

It is in the waiting that lies the cultural aspect of the spiedo trevigiano. All the time it takes to prepare it, while the meat spins off the fire, is precious.

It is the time for conviviality, the pleasure of waiting for something that is good with the people you are going to share it with. Because it is in those hours while “gira su’ ceppi accesi lo spiedo scoppiettando” that glasses are filled with good wine, toasts are made and tales are mixed with smiles. 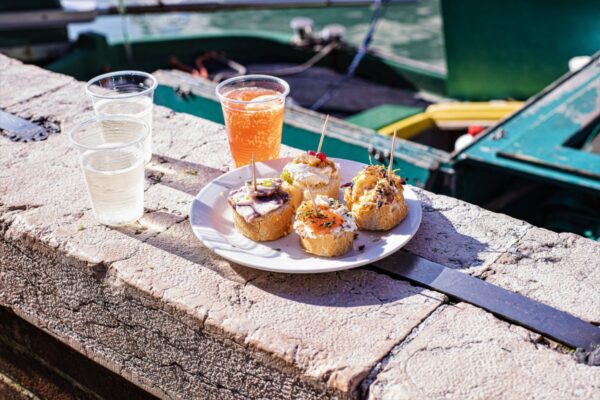 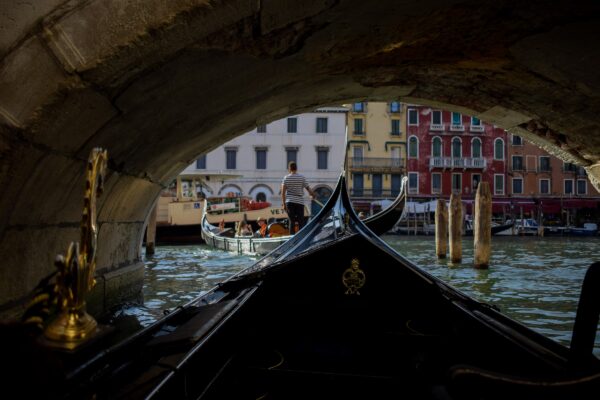