Gian Lorenzo Bernini is universally considered one of the largest and most versatile representatives of Italian baroque art. Not only a sculptor, but also an architect, painter, urban planner and set designer, who gained success during his lifetime, and has represented a point of reference for an entire generation of artists. With his works, Bernini ensured himself a privileged place in art books as in the Olympus of the great masters who have left us unparalleled masterpieces.

Bernini was born in Naples in 1598, from the Tuscan sculptor Pietro and Angelica Galante. In his native town Gian Lorenzo had the first contact with sculpture thanks to his father who at that time was working at the Certosa di San Martino on behalf of the Viceroy.

In 1606, Pietro Bernini was called by Pope Paul V for the construction of the Pauline Chapel in the Church of Santa Maria Maggiore, and here began the apprenticeship of his son Gian Lorenzo, who had the good fortune of getting to know the architect Flaminio Ponzio. Gian Lorenzo Bernini, under the aegis of his father, began to collaborate with Ponzio, contributing to the creation of works such as Priapus and Flora at Villa Borghese, Fauno che scherza con i due amorini, and some works in the Barberini Chapel.

The first works that bear his signature as an independent artist, however, are the San Lorenzo sulla graticola and the San Sebastiano, built between 1614 and 1619.

Later, commissioned by Cardinal Maffeo Barberini, Gian Lorenzo Bernini intervened on one of the Pietà left unfinished by Michelangelo Buonarroti, then worked for Cardinal Borghese who, given his talents, decided to become his patron.

Between 1618 and 1625 Bernini’s greatness was highlighted by his works, Enea, Anchise e Ascanio, the Ratto di Proserpina a David and the Apollo and Daphne for the villa of Scipione Borghese at Porta Pinciana. In those years his activity also included notable portraits of heads and busts, of particular importance for expressiveness and dramatic effect. 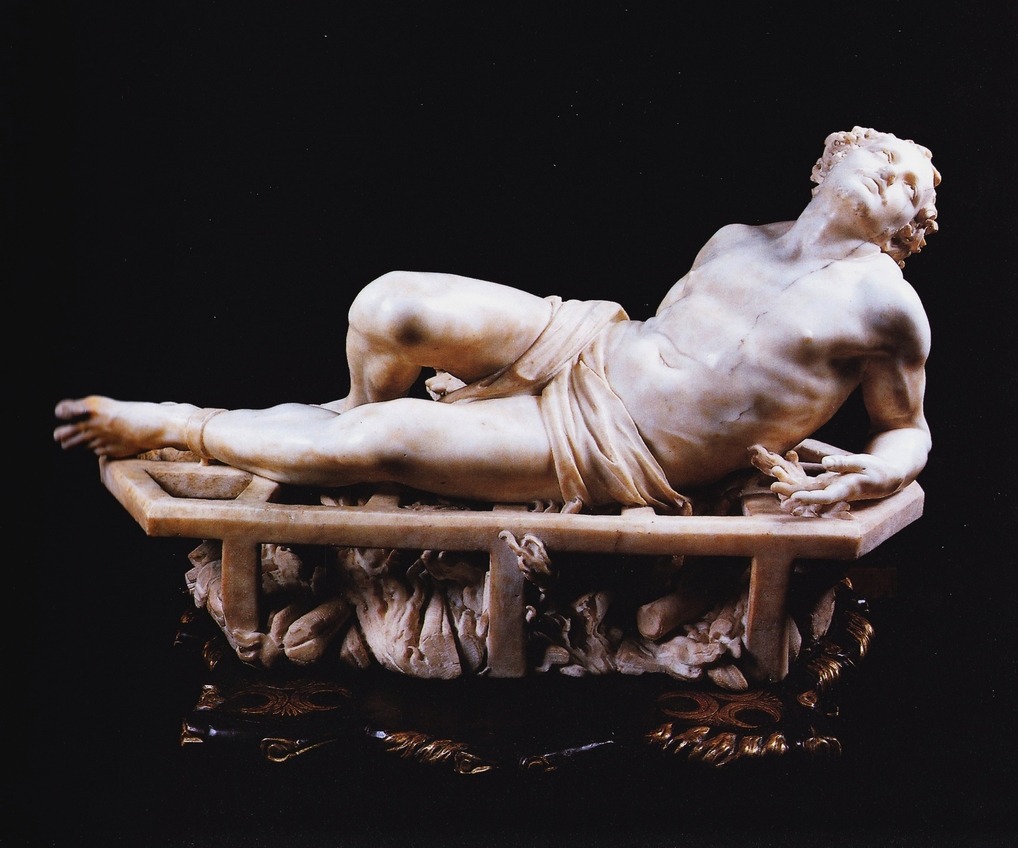 But the true rise of Gian Lorenzo Bernini came to coincide with the advent of Urban VIII on the Pontifical See. The Pope made him one of his protégés and awarded him relevant architectural works, including the ones at the Basilica di San Pietro.

That represented the real turning point in the personal and professional life of Gian Lorenzo Bernini, with his activity in contonous growth. He became commissioner and reviewer of the conduits of the fountains of Piazza Navona, director of the Foundry of Castel Sant’Angelo and superintendent of the Fontana dell’ Acqua Felice. Later, he became director of the works at San Pietro, realizing, among other things, the well-known Baldacchino, a bronze structure placed to protect the tomb of Saint Peter. We owe to his genius the creation of such beautiful fountains such as such as the Fontana del Tritone and the Fontana delle Api were his genius.

In 1651, Bernini was later commissioned to build the Fontana dei Quattro Fiumi, in Piazza Navona, reviving the course of his artistic career, which had fallen after the death of Urban VIII. 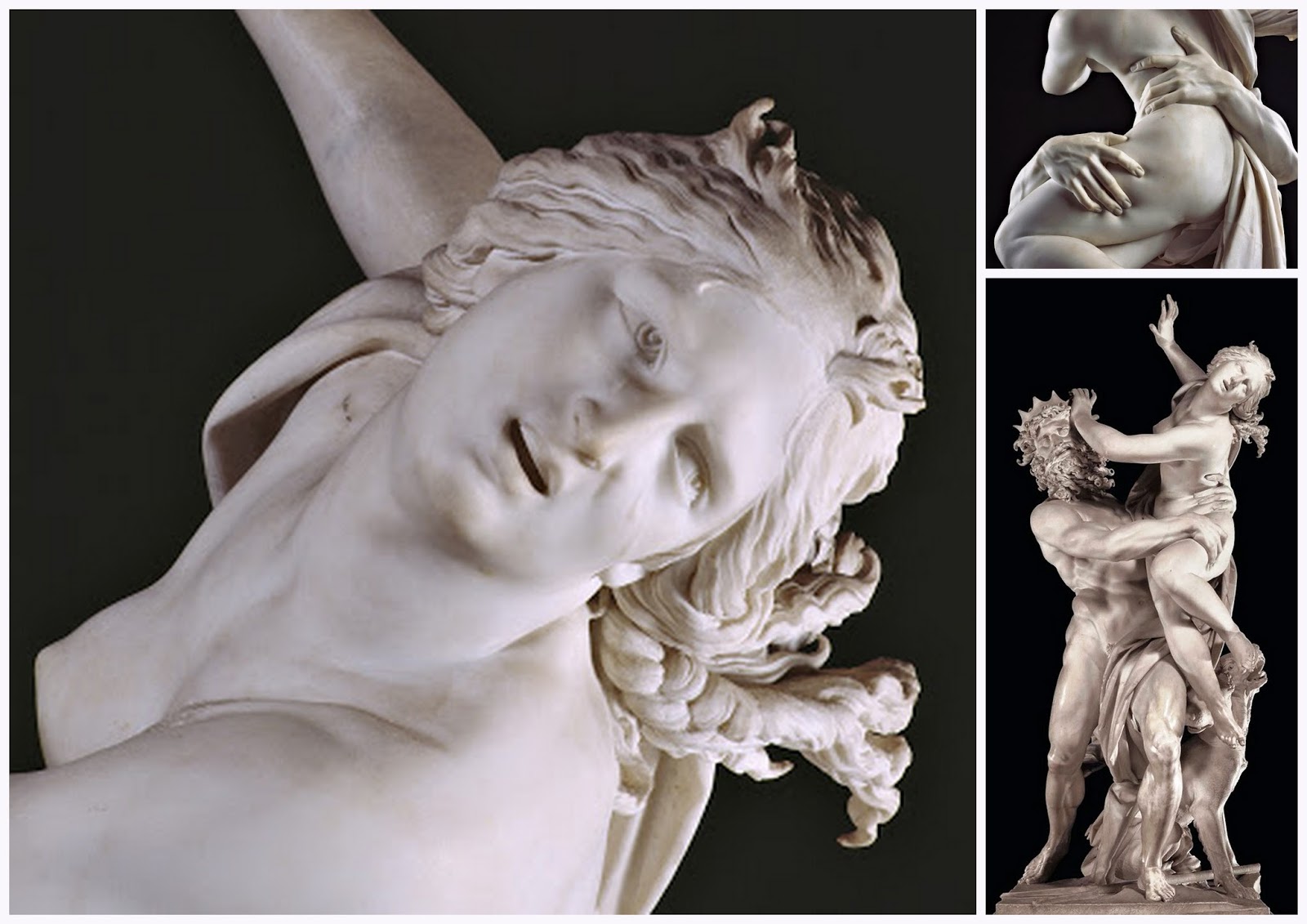 Finally, with Pope Alexander VII, Bernini experienced a new moment of notoriety, becoming the favorite artist of the papal court. The Pope, in fact, involved him in his project of urban renewal of the city of Rome, commissioning him also statues like Daniele e Abacuc con l’Angelo, which were placed in the Church of Santa Maria del Popolo, and the realization of the Obelisco della Minerva at the Pantheon.

At this moment Bernini’s fame became international, so much so that the French minister Colbert called him and commissioned the restoration of the Louvre Palace. Returning to Rome from France, Bernini concluded the monument for Alexander VII, and he still created works such as the Ecstasy of Blessed Ludovica Albertoni, the altar of the Chapel of the Blessed Sacrament in San Pietro, and the bust of Gabriele Fonseca in San Lorenzo in Lucina . Bernini remained active until he died at 81 years old while he was busy in the restoration of the Palazzo della Cancelleria Vaticana. It was November 28, 1680, and he was buried in the simple family chapel in the Basilica of Santa Maria Maggiore in Rome.