Cinema is, par excellence, a machine that creates “icons”. In particular female icons.

Great actors and actresses, from all over the world since the birth of the “sixth muse”, have contributed to writing the history of the Big Screen, often affecting the collective imagination more than others and gaining a special place in the Olympus of cinema. Women, in particular – from “femme fatales” to “heavenly creatures” have earned the title of true cinematographic icons.

Naturally, it was during the 1950s that the relationship between female beauty and cinema became closer, and acting skills became associated with beauty. An element that, with the passing of years, has maintained its meaning, however it has also updated itself on the basis of time and cultural trends.

In this case, we are trying to identify 5 female icons of Italian cinema. That is 5 great actresses who, with their careers and their being both women and actresses, can be considered undisputed icons. 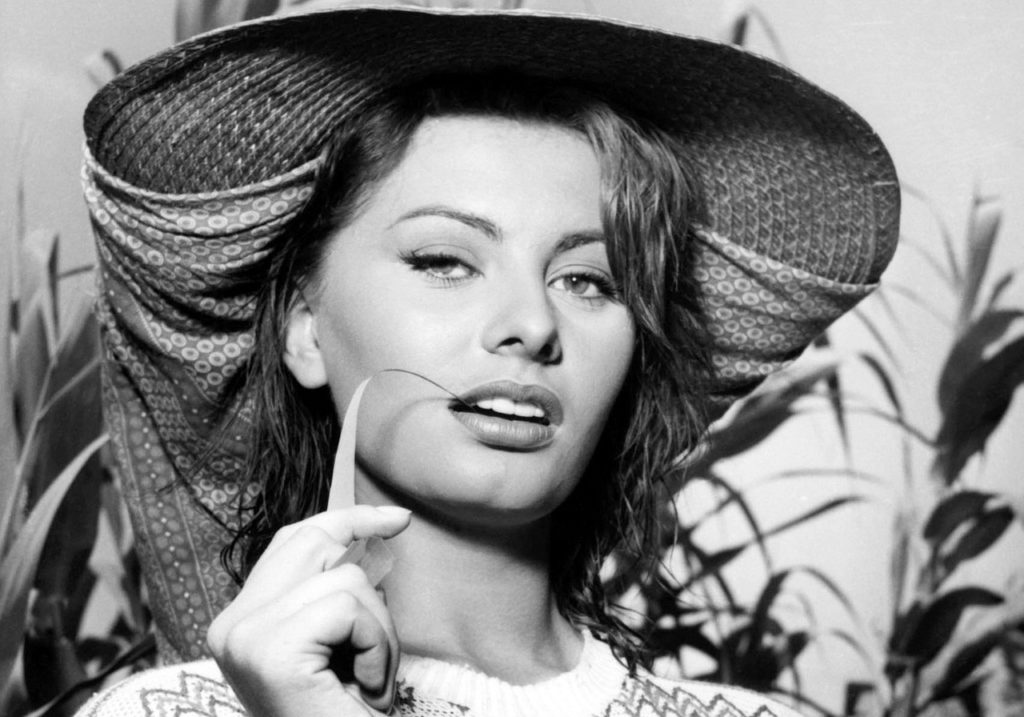 She is perhaps the greatest female icon of Italian, but also foreign cinema. Sophia Loren, born Sofia Villani Scicolone, in fact, can be considered the actress who has most influenced the Italian collective imagination, embodying since the 1950s the figure of the great screen icon par excellence. Films like Pane,amore e …, La baia di Napoli, Un marito per Cinzia, Orchidea nera showed the immense impact she could make on the screen and earned her a universal success. In the 60s – the moment in which the career and fame of the actress became international – the part played in La ciociara earned her an Oscar Award, it was the first time it was assigned to an actress for a film shot in a foreign language. Later she was candidate for the same award with Matrimonio all’Italiana. Among the other films that confirmed Sophia Loren as an icon of the screen and in life we ​​ also remember Una giornata particolare and Ieri, oggi e domani. 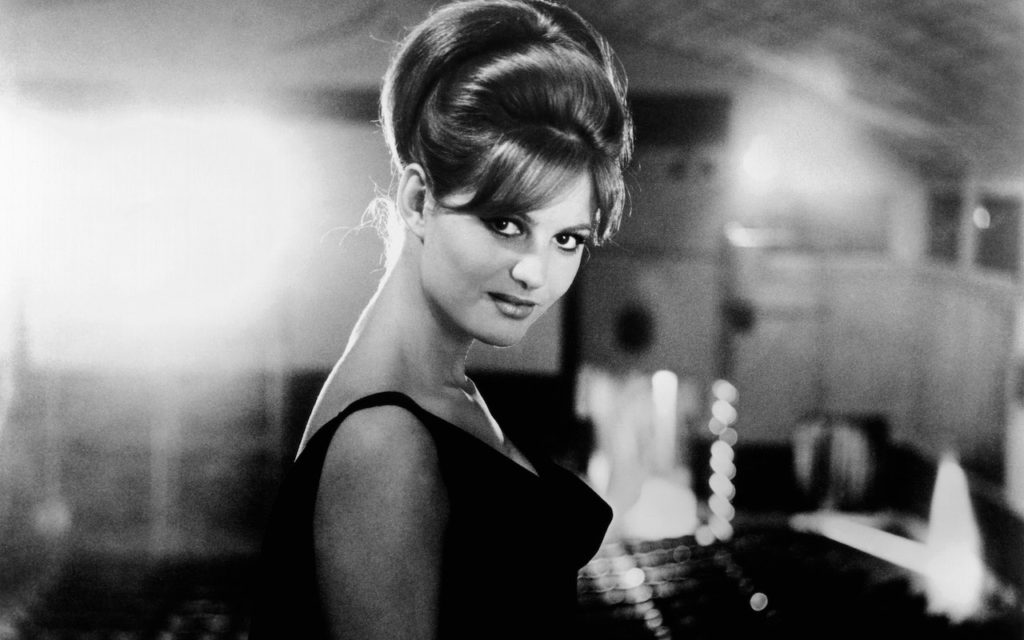 Born in Tunis, Claudia Cardinale has been defined as the most important actress of the 60’s to emerge on the screen. Just like her colleague Sophia Loren, moreover, she was the only Italian actress to achieve international fame and recognition. To this we can add the title of “the world’s most beautiful woman” by the world press. And, no doubt, her great beauty had a notable impact on the “creation” of an aura that placed Claudia Cardinale in awe-inspiring position among the absolute icons of Italian cinema among the best-known female interpreters. Directors like Visconti, Fellini, Zurlini, Monicelli, Comencini, Leone, Damiani and Magni wanted her in their films. With them she filmed I soliti ignoti, Il Gattopardo, Vaghe stelle dell’orsa, 8 ½, C’era una volta il West, L’anno del Signore, I giorno della civetta, to name just a few. Films that won her prestigious film awards and a huge success among critics and audiences. And just think, her film career began by chance: she was discovered by Italian directors in Venice during the Film Festival, during a prize trip received as the winner of the competition for “The most beautiful Italian of Tunisia“. Her debut took place in 1958, with I soliti ignoti by Mario Monicelli. The film was a huge success, and Claudia Cardinale was immediately renamed by the newspapers as the “girlfriend of Italy”. In 1966, a photo of her also appeared on the album Blonde on Blonde by Bob Dylan. 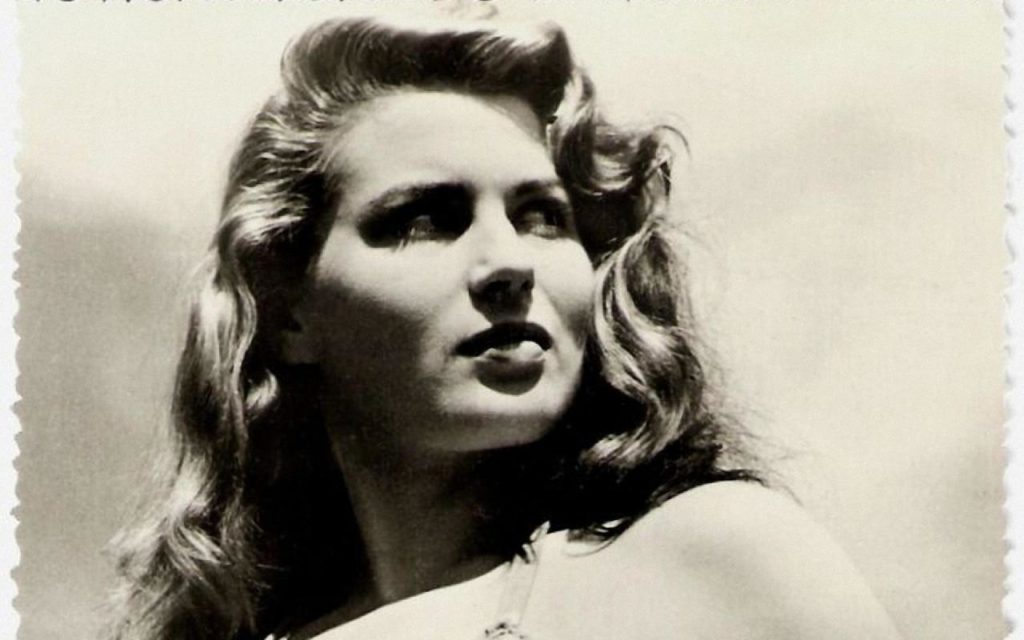 Silvana Mangano is considered one of the greatest Italian actresses. Having started to study dance, she was noticed by the French costume designer Georges Armenkov, and later moved to France, where she began her film career starting from the bottom, as an extra. Returning to Italy, she worked as a model, won the title of Miss Rome in 1946, but did not take part in the Miss Italy contest the following year. After small parts performed with the director Alberto Lattuada, the Mangano met Marcello Mastroianni – in an acting class – and then, two years later, she entered the cast of Riso Amaro, together with Vittorio Gassmann and Raf Vallone. She interpreted the part of the “mondina” (a picker in rice paddy fields) Silvana Meliga, who became an icon herself for Italian cinema. Subsequently, the Mangano recited in Il lupo della Sila and in Il brigante Musolino, which earned her an international reputation and the name of “Italian Rita Hayworth “. Films like Ulysses, alongside Kirk Douglas and Anthony Quinn, and the L’oro di Napoli strengthened his notoriety, until he reached the success of Visconti’s The La Grande Guerra of Monicelli and Morte a Venezia. 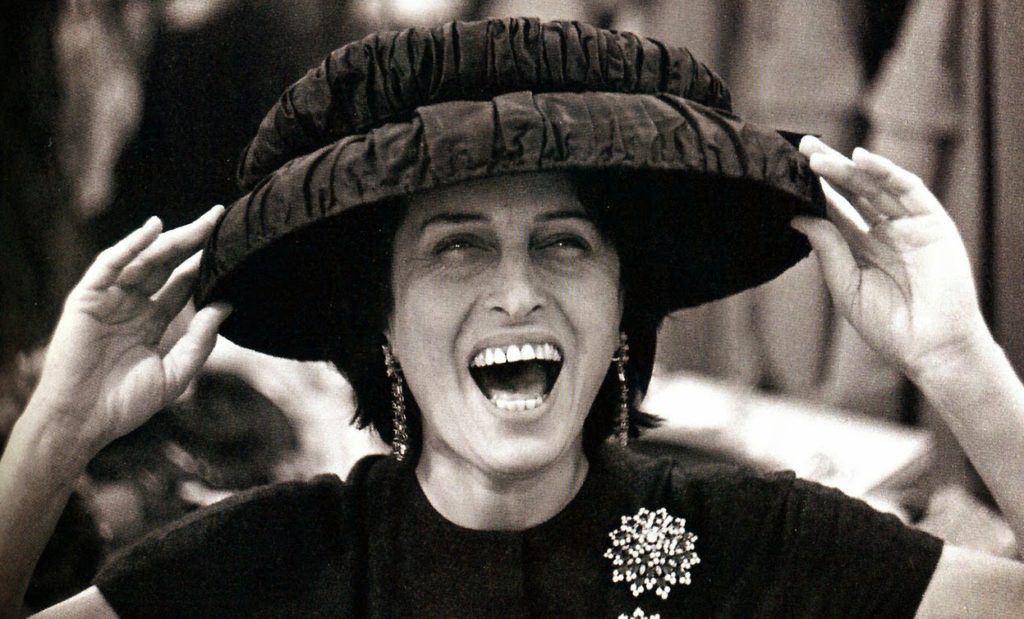 By many considered the actress symbol of Italian cinema. She entered the ranks of female icons not only for her strong link with tradition and Roman culture, Anna Magnani – not a “goddess” of the big screen – has remained famous for the powerful and extraordinary roles in films such as Roma citta’ aperta, Bellissima, Mamma Roma and La rosa tatuata. During her career she won two David di Donatello, five Nastri d’Argento, a Globo d’oro, a Golden Globe, a Golden Bear, a Volpi Cup and many other important film awards. Her life in the world of cinema began in 1927, with the School of Dramatic Art. From 1934 she was active in theatrical comedies, first with the De Rege brothers and then with Totò. Her debut in cinema dates back to 1934, with the film La cieca di Sorrento. It was Vittorio De Sica who allowed her to play a more important role in Teresa Venerdì, but it was with Roberto Rossellini’s Roma città aperta that fame arrived and was immortalized by an unforgettable scene: Sora Pina chasing the truck on which her husband was taken away by Germans and falls struck to death by a burst of machine guns. Many years after her death in 1972, the Museum of Modern Art in New York paid homage with a retrospective and the screening of her 14 most important films. The great French director Jean Renoir said of her: “La Magnani is the fifth essence of Italy, and also the most complete personification of the theater“. 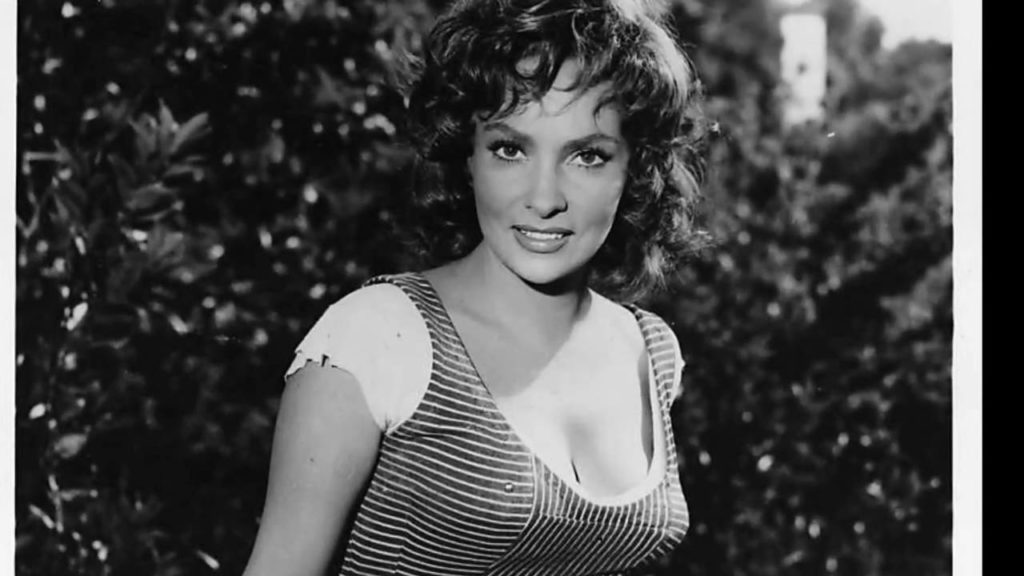 Known as “Lollo”, Gina Lollobrigida was, at the same time, a great actress and a “sex symbol“, becoming, in the ’50s and’ 60s, one of the most important actresses in the world and one of the international female icons. After attending the Institute of Fine Arts, Lollobrigida began to pose for the first post-war photo-novels, participating in the Miss Rome competition in 1947, and then in Miss Italy. Meanwhile, she played a small part in a comedy, Santarellina by Eduardo Scarpetta, but in 1950 she flew to Hollywood, at the invitation of the producer and billionaire Howard Hughes. She abruptly returned to Rome, despite having signed an exclusive contract, doubting of prospects America could offer her. Her career on the big screen started with Campane a martello  by Zampa and Achtung! Banditi! by Lizzani, followed by Fanfan la Tulipe which granted her the Silver Bear award in Berlin. The great success in Italy, however, came with Altri tempi  by Blasetti with the part of Bersagliera in Pane, amore e fantasia  by Comencini, next to Vittorio De Sica. Lollobrigida’s career, however, also took her to America again, with the great Hollywood productions of John Houston’s Il tesoro dell’Africa , Il maestro di Don Giovanni e La donna più bella del mondo.. 1961 saw Va nuda per il mondo, and 1962 Venere imperiale: two, among the many films that see her assert herself forcefully on the international film scene, starring alongside the most important Hollywood stars: Rock Hudson, Sean Connery , Shelly Winters …