Home > What to Visit > 5 Beautiful Squares in Italy
0
0
Search
Share the article:

Matteo Vergani
Unique in the world because of its natural beauty, the Belpaese has been inhabited since time immemorial, and has seen the birth on its territory varied many towns, villages and cities, that over the millennia have grown, evolved and expanded, but always respecting and preserving the original places of meeting and social gathering. Today these ancient sites are squares of the most artistically important to the whole world, and are sometimes of true icons of Made in Italy. Italian Traditions today we present 5 of the most beautiful and famous squares in Italy, real beating hearts of their respective cities. 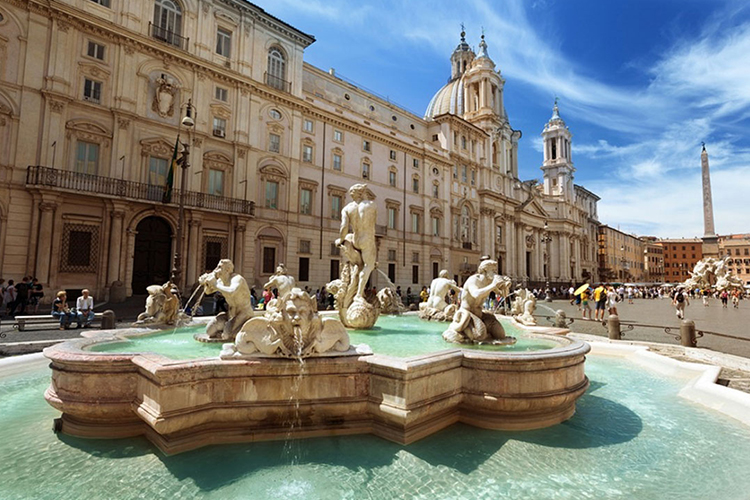 Among the most famous of the city, Piazza Navona was in ancient Rome a stadium dedicated to the Greek athletic games, originally demonstrated by its typical rectangular shape.

Wanted by the emperor Diocletian in the first century AD, evolved over the centuries becoming a square used for various purposes (market, training of horses, playful games), but at the same time enriching the beauty and sculptures that have made it the symbol of Rome Baroque: among them the Fountain of the 4 Rivers by Bernini, the magnificent church of St. Agnes in Agone, the historic Palazzo Pamphili, the remains of the ancient stadium and two other magnificent Renaissance fountains. 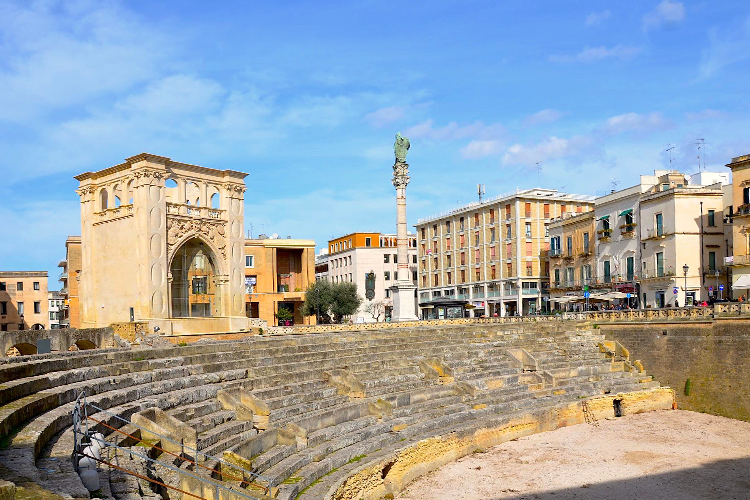 The most important square of Lecce today is the result of layers that have been accumulating for centuries, producing a mix of styles that now always live together. In antiquity Sant’Oronzo square had a different planimetry, and the ancient Roman theater was concealed from the many nineteenth-century shops.

Following the archaeological excavations, the small village was demolished to unearth the ancient amphitheater, which still dominates the square. From 1656 it is dedicated to the patron saint of Lecce, following the terrible epidemic of plague that hit the entire kingdom of Naples, and he stopped, according to legend. 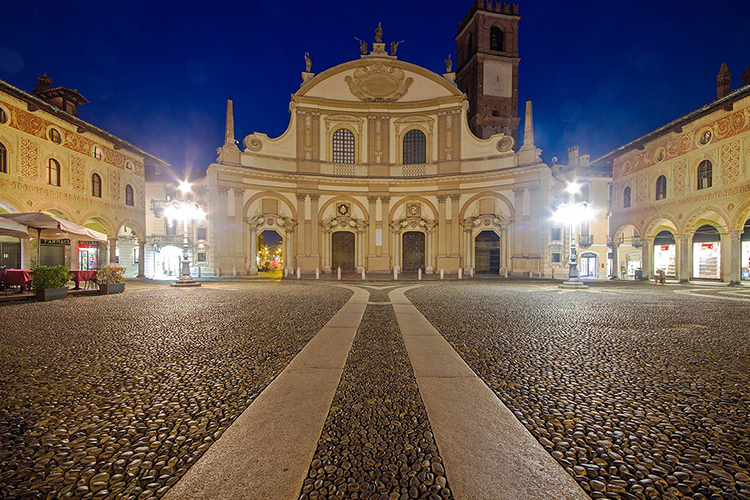 The Piazza Ducale in Vigevano was commissioned in 1492 by Ludovico il Moro, Duke of Milan, as the input antechamber to the Visconti-Sforza Castle. The imposing work lasted two years, and in October 1494 the new square welcomed the royal visit of Charles VIII. Safe is the project intervention by Bramante, while the same Leonardo da Vinci present the work was inspired by some drawings contained in its codes.

Piazza Ducale is also one of the first Renaissance square models run on the model of the Roman Forum, as well as one of the best examples of Lombard architecture of the fifteenth century. For its beautiful arcades and the majestic Baroque façade of his church, Piazza Ducale is universally considered one of the most beautiful squares in Italy. 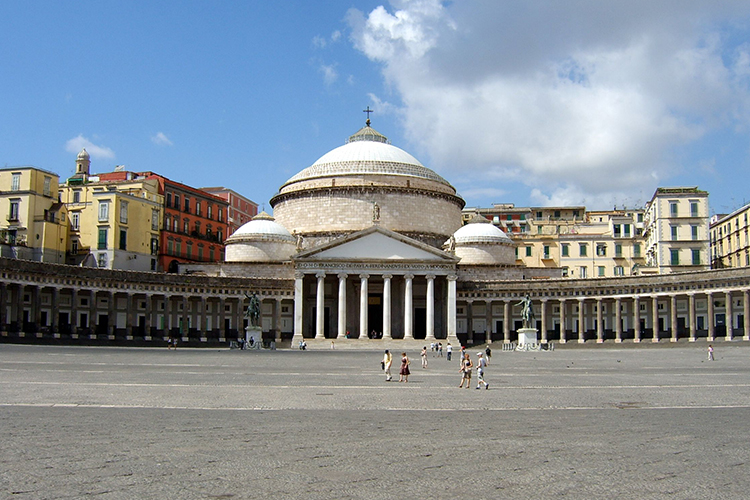 Plebiscito is undoubtedly the most famous square in Naples, as well as one of the largest in Europe. However in the past was for centuries an irregular square, where they carried out the popular festivals around the so-called “macchine da festa”, machines created on the occasion of sacred events, which were periodically raised by great architects.

Only since the seventeenth century was gradually “regularized”, also due to the construction of the new Royal Palace. In this gradual transformation succeeded, by the mid-eighteenth century onwards, more and more radical interventions, and were built three of the four palaces (in addition to the Royal) still surround the square: the church of San Francesco di Paola, the Palazzo Salerno and on the Guest Palace. 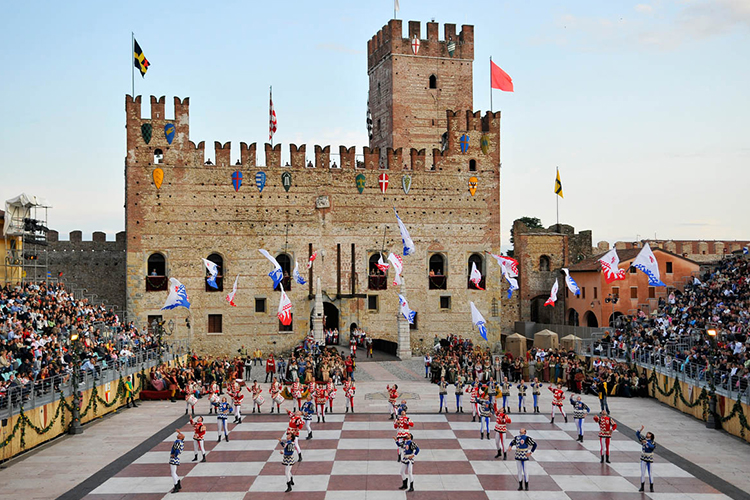 In the historical center of Marostica, in the province of Vicenza, there is a square among the most original of the peninsula: it is Scacchi square, named for the huge chessboard that stands in the middle of the large rectangle framed by the imposing walls of Marostica.

Surrounded by elegant arcades and two parking castles facing each other, the square is home every second weekend of September in even years a particular game of chess with living characters, much loved by the inhabitants of the country and has become an event of great interest to national level. Legend has it, however, that the first game played in the square was commissioned in 1454 when a prominent local ladies put his hand contention daughter of two scions as a trophy for the victory.