Home > What to Visit > The most amazing ancient villages in Lombardy
0
0
Search
Share the article:

The medieval villages of Lombardy are an extraordinary artistic, historical and cultural patrimony, combined with natural attractive landscapes of great impact. It is a peaceful, antique Lombardy to be discovered, far from the great tourist attractions, but no less charming. 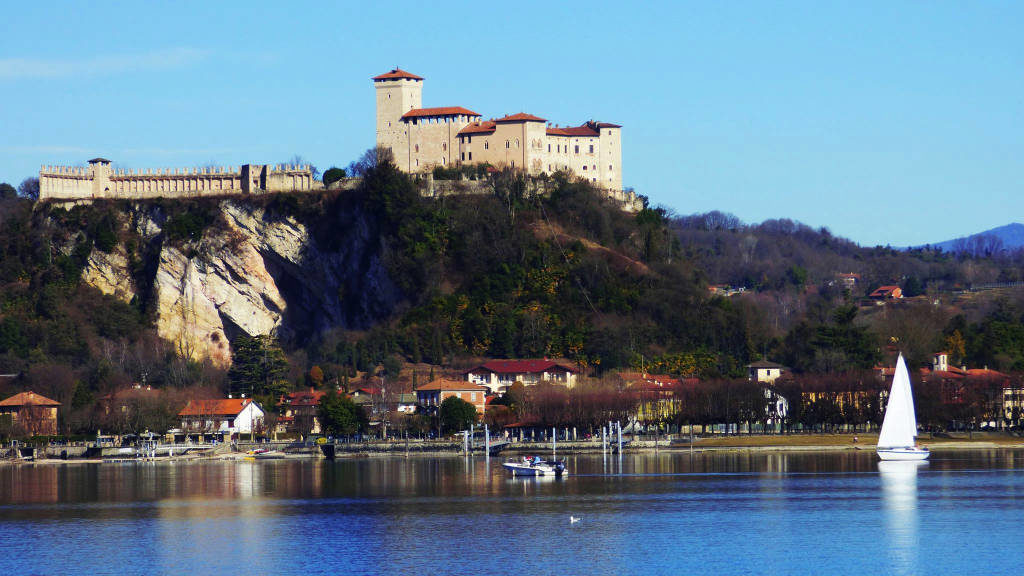 In the province of Varese, Angera is a town that boasts a very ancient history. It became important starting from the Middle Ages, protected by an imposing fortress dominating Lake Maggiore. The old rooms of the castle are enriched with frescoes, paintings and decorations of great value. From an artistic point of view the most important room is the Hall of Justice, frescoed by the Master of Angera in the thirteenth century, while the Mythology hall is home to a collection of over 300 Dutch, French, German, Spanish, Chinese and Italian majolica art crats. The fortress consists of five buildings built between the eleventh and seventeenth centuries, starting from the Scaligera wing, passing through the Viscontea wing, to the tower of Giovanni Visconti and the Borromeo wing. Inside you can visit the Museum of Toys and Dolls. In the Esplanade of the castle, on the other hand, there are the Princes’ gardens, the Verziere and the small Herb Garden, cared for by master gardeners. 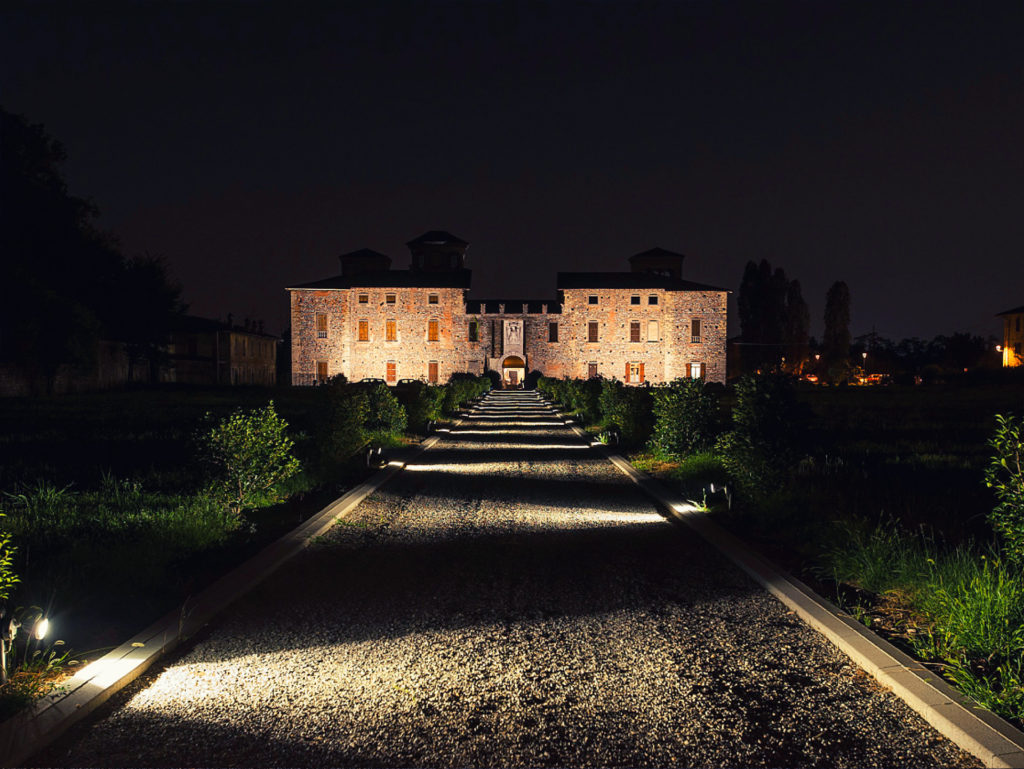 Cavernago, in the province of Bergamo, houses a fortress, built in 1243, and then purchased in 1470 by the great leader Bartolomeo Colleoni, who retired there after leaving the military life. The building that can be admired today dates back to the renovations of the17th century, with a structure that clearly suggests its new destination from military and defensive to residential. Around the building there is a double moat, which was used by Colleoni as a meeting place, and a space for banquets and tournaments, at short distance from the Borgogna Roggia. 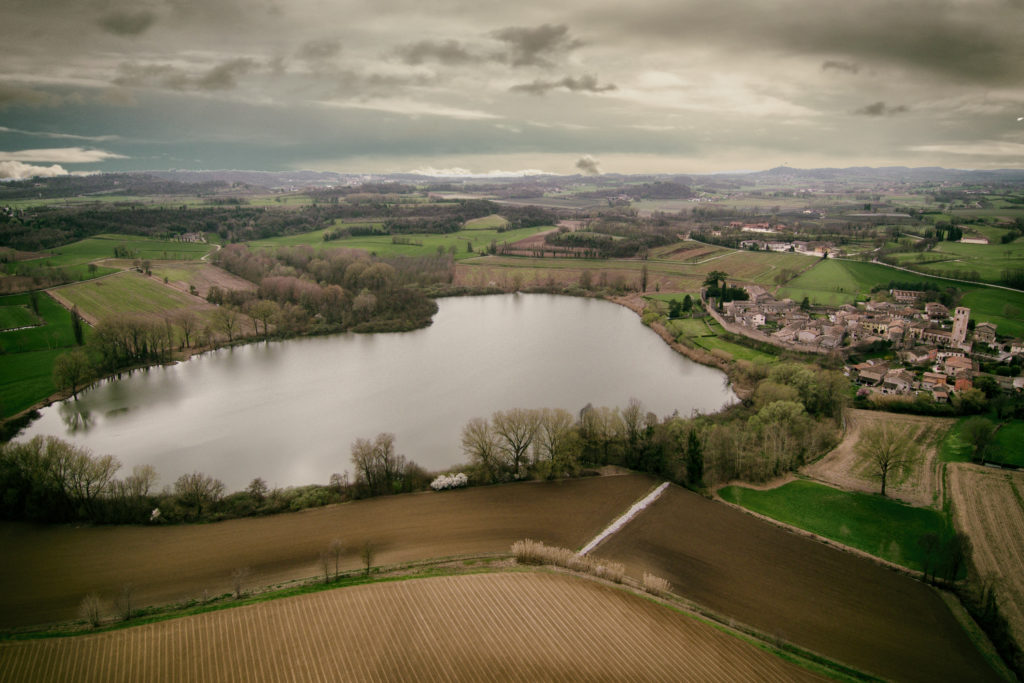 A charming heart-shaped pond serves as a mirror for the medieval village of Castellaro Lagusello, in the province of Mantua. It is situated in the hills south of the Mantova side of Lake Garda. The village, which is accessed by passing through a door once equipped with a drawbridge, is fortified, and is distinguished by the ancient Guelph walls, the narrow stone paved streets, and the stone buildings. The entrance to the village is dominated by the so-called Torre Dell’orologio,(Clock Tower) while in the center of the city stands the Baroque church of St. Nicholas, which houses a wooden Madonna of the 15th century. In the heart of the small village rises a master fortification, equipped with walls with two lights mullion windows, which was once a feudal castle. 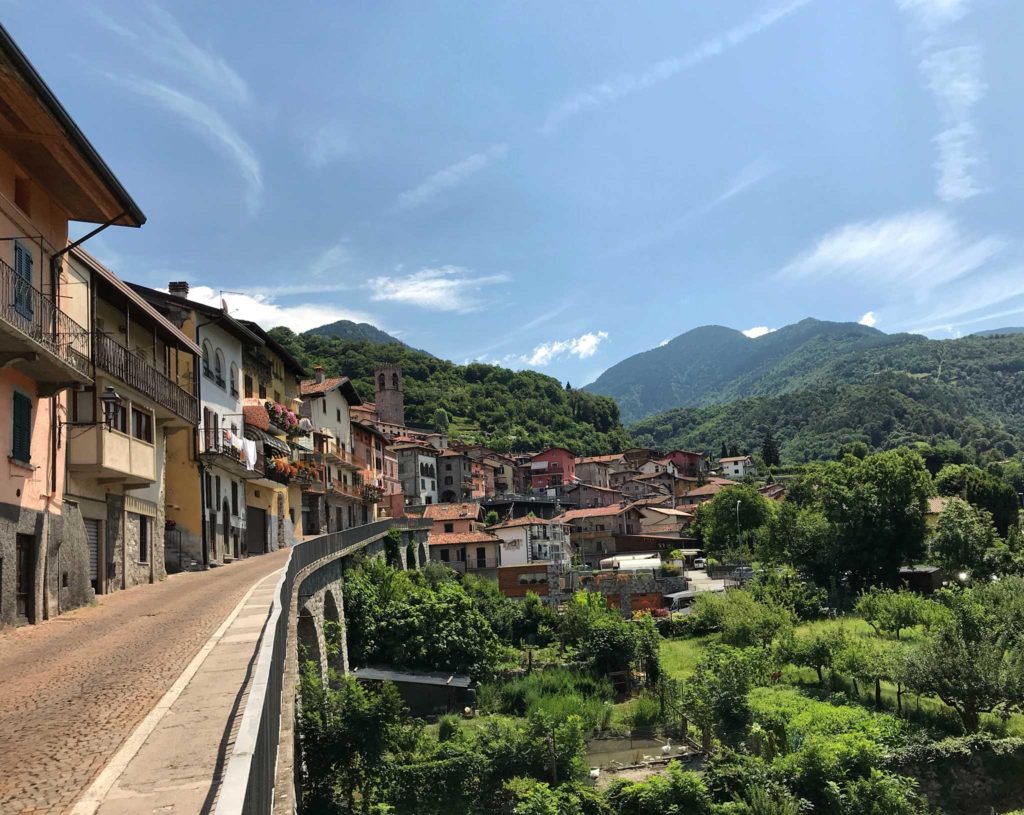 In Brescia, Bienno is a splendid village, characterised by stately buildings, churches, gateways and towers of great charm. In ancient times, the village was equipped with ten towers and a castle, which was later transformed into a monastery by the Benedictine Order. The old dwellings of the local noble families confer a rare elegance and charm. In the center, in fact, Casa Panteghini and Casa Bettoni stand out, built in 1483 and 1550 respectively, and Palazzo Simoni-Fè Montholon. Outside the walls, however, along the course of the Vaso Re, forges and ancient mills can be admired. 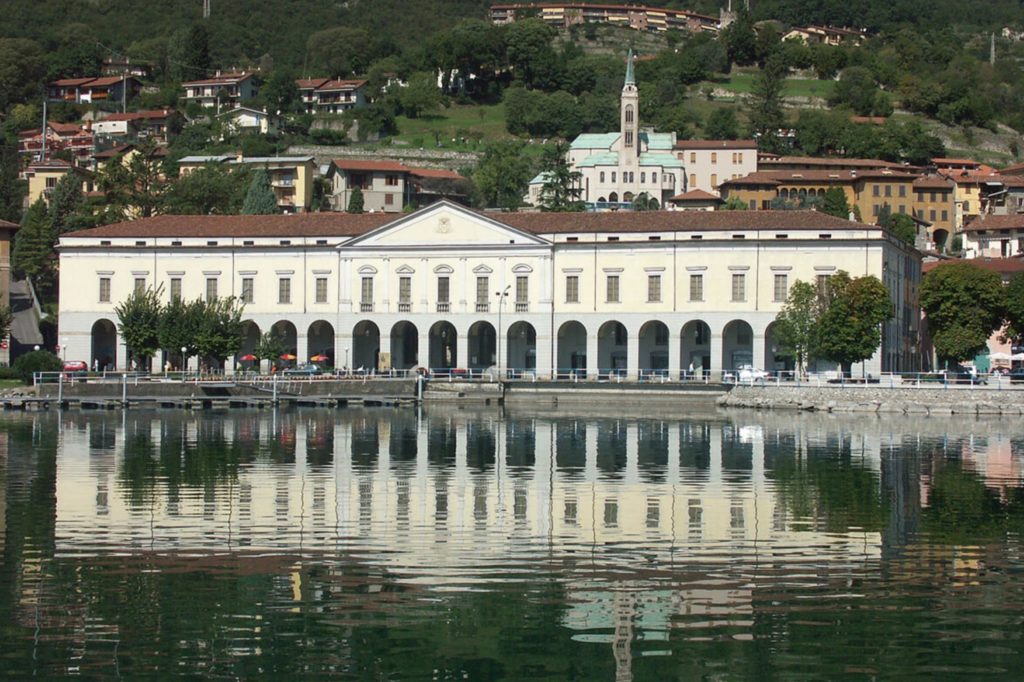 On Lake Iseo, in the province of Bergamo, rises Lovere, a centre considered one of the “most beautiful villages in Italy”. Inhabited since remote times, Lovere today presents itself as a centre full of historical, architectural and artistic remains. These include the seventeenth-century turreted town hall, and Piazza Vittorio Emanuele II, overlooked by Palazzo Podestarile, Torre Civica, and Torre Alghisi, which belonged to an important family of the place. Moreover, the village houses the Accademia Tadini, a museum that contains works by Antonio Canova, Jacopo Bellini, Tiepolo, Hayez. 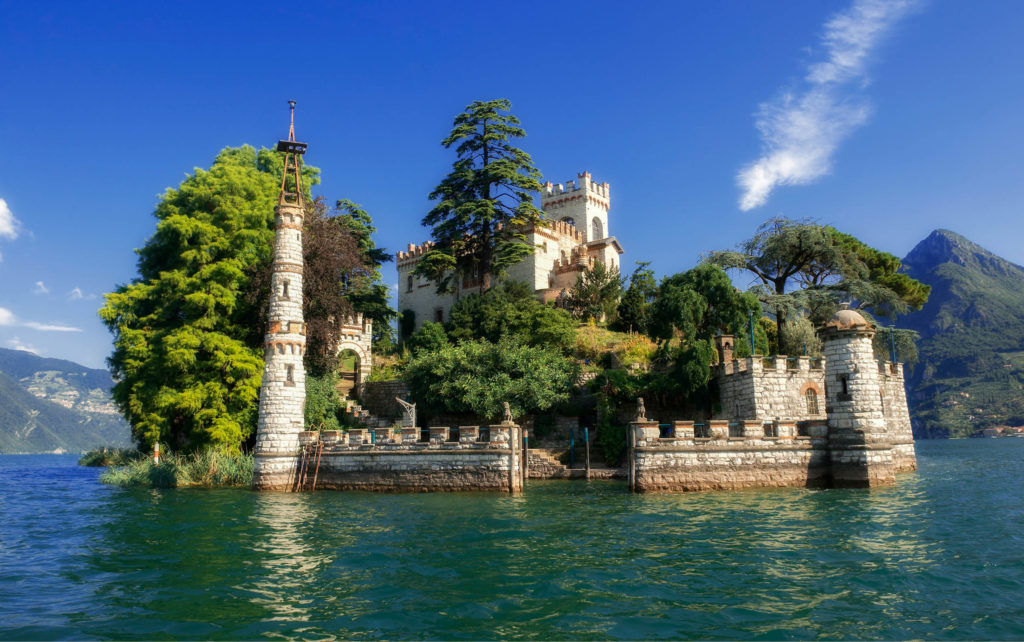 Monte Isola is located on an island in Lake Iseo – the largest lake island in Italy – in the Brescia area, and is a particular tourist attraction. Once, the territory where the village stood was completely covered with woods, and on its summit stood a pagan temple. Testimony of an ancient and important past are some villas from the Roman era. Here the Oldofredi family built a castle, the Rocca Martinengo, to protect the small towns that arose on the island, which were then reunited in a single municipality in 1928. The village, among other things, is particularly renowned for the manufacture of fishing nets and the production of wooden boats. At the top of the mountain overlooking the island rises the sixteenth century shrine of the Madonna della Ceriola, which houses sixteenth century frescoes and a statue with the figures of the Madonna and Child in gilded wood. As a whole, Monte Isola looks like a constellation of small villages, surrounded by dense vegetation, among which, fortresses, buildings with porticoes and small harbors stand out for their beauty. 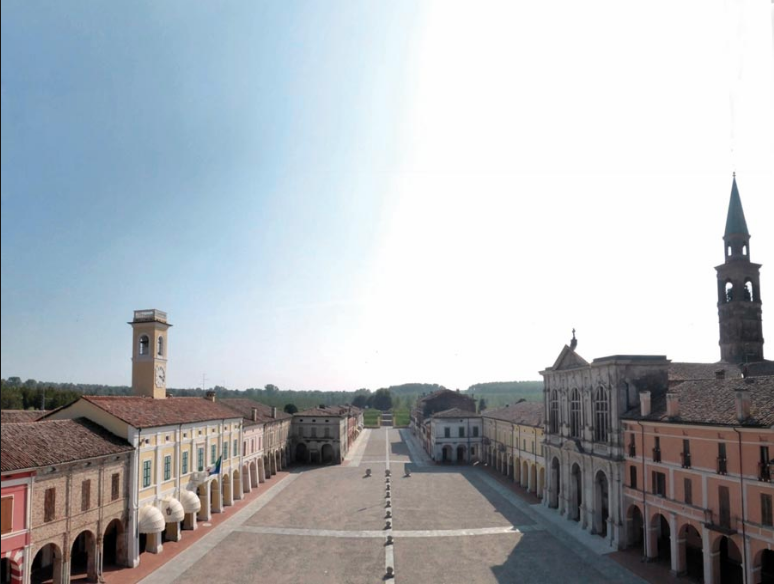 Julius Caesar Gonzaga reigned in Pomponesco in the sixteenth century and contributed to the notoriety of this hamlet. The village is located in the center of a territory of naturalistic interest, a short distance from the natural reserve of the Garzaia, and has an orthogonal layout, the result of Julius Caesar Gonzaga’s original project. In the space once occupied by the castle, which was knocked down by the French in the 18th century, today we find Piazza XXIII Aprile, surrounded by ancient buildings with porticoes, once inhabited by courtiers and their families. Among the attractions of the town are the Teatro Comunale, Palazzo Pretorio and the church of Santa Felicita, which dates back to 1339. Among other things, Pomponesco also houses a small Jewish cemetery, and the Palazzo Cantoni, which was an important Israelite family. 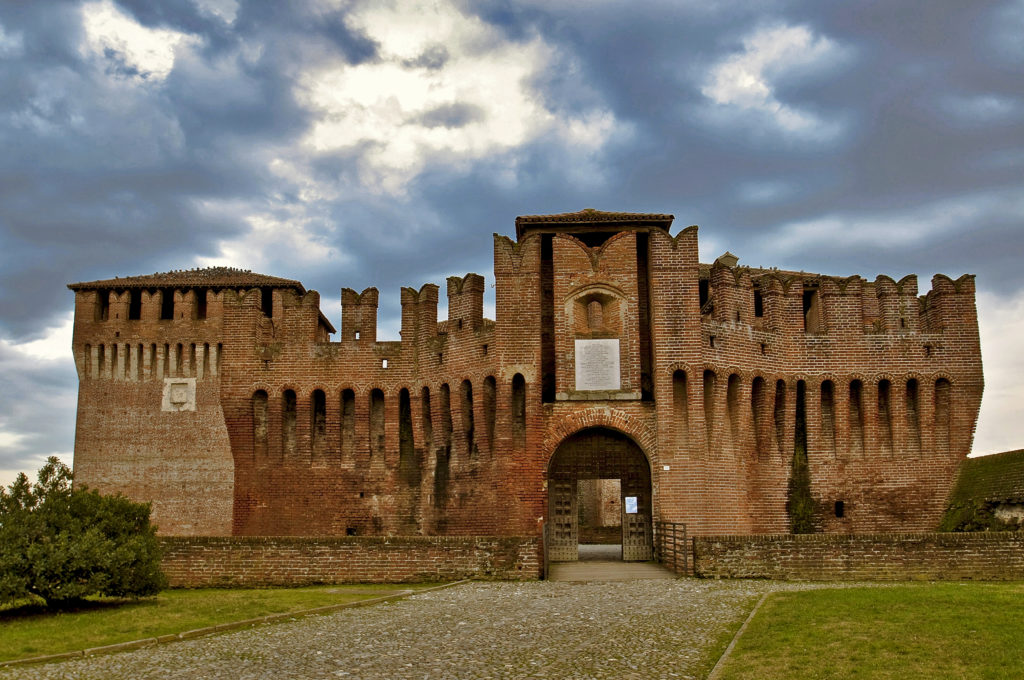 In Cremona, Soncino is a village immersed in the incomparable beauty of the Oglio Park and the Barco forest. The center retains its medieval appearance, and is surrounded by a wall of the fifteenth century, and dominated by the fortress built by the Sforza family. The latter is a military structure, equipped with four towers and a ravelin with four drawbridges. The walls, which are two kilometres long and on which, there are six towers, surround interesting underground structures, once used for military defense. In the heart of the village stands the town hall with its Civic Tower, and then the House of the Printers, which legend says was inhabited by the Jews who, in 1488, printed the first complete Hebrew Bible of Ghershom Nathan, and Palazzo Azzanelli. Soncino is also part of the club of the “most beautiful villages in Italy”. 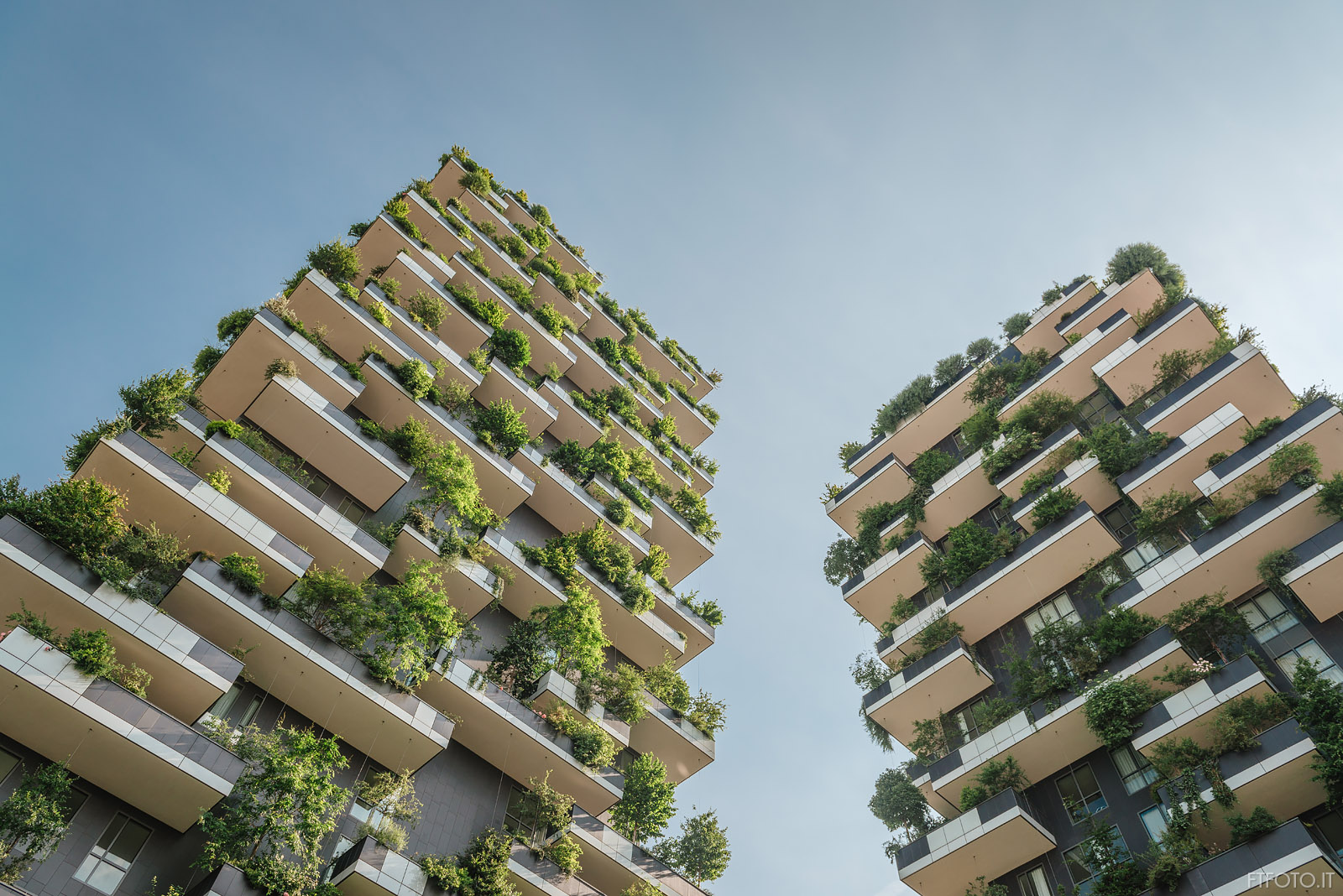 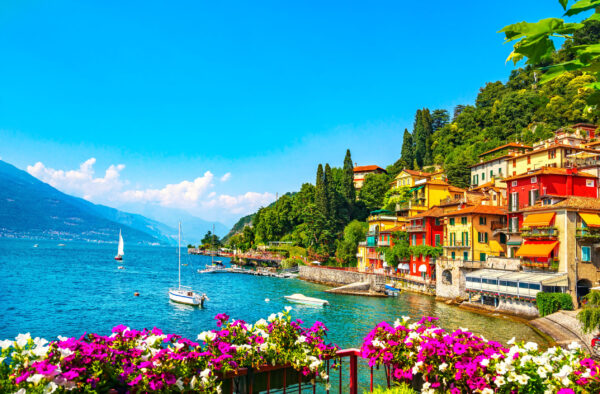